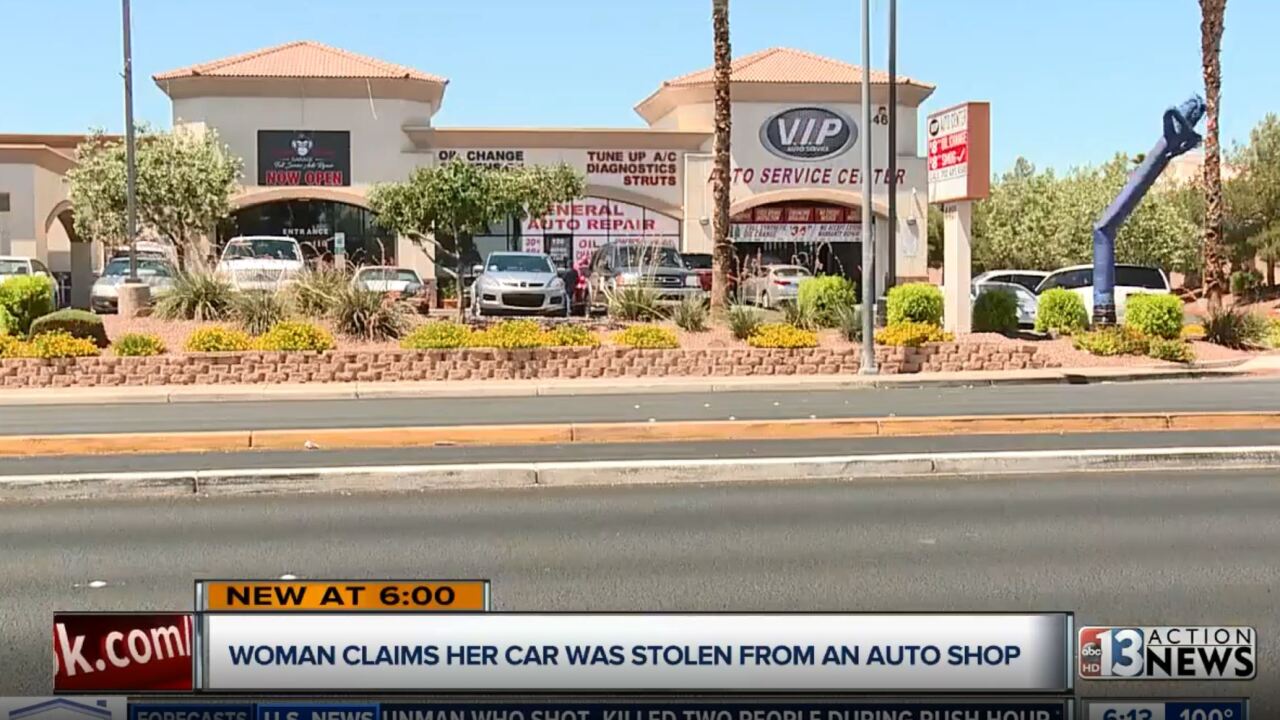 A Las Vegas mother is in dismay after her son’s car was stolen from a local auto shop she says she entrusted for repairs during late July. Source: KTNV

LAS VEGAS (KTNV) — A Las Vegas mother is in dismay after her son’s car was stolen from a local auto shop she says she entrusted for repairs during late July.

Partridge says the missing car was supposed to be a “welcome back home gift”‘ for her son. She says she is appalled by VIP Auto Service Center’s negligence since the car went taken from their parking lot.

“I entrusted them with my vehicle and it’s no longer there,” Partridge says.

Partridge admits the Mitsubishi is old and that it is not in the best shape, but is heartbroken by the fact that it disappeared randomly.

Her son C’Tory is days away from getting out of jail and she says she doesn’t know how to break it to him.

“He called me this morning and he asked me, ‘Mom is my car done yet?’ He doesn’t even know.”

While he was behind bars she says she was saving up to buy the car and to pay for the repairs.

“This for him was his first car and the opportunity to get back on his feet,” Partridge says .

Her goal was to provide her 18-year-old son a car so he could “get back on his feet” and find a job.

On July 22, Partridge towed the car to VIP Auto Care Service Center for repairs near Craig Road and Decatur Boulevard.

The vehicle stayed in the shop while service parts were ordered when she found out the car was stolen. Turns out, the keys were gone, too.

“How is it that the keys were inside the building but the car is gone?”

Managers at VIP Auto Care Service Center declined an on-camera interview. They say they have no clue as to how the keys went missing and that they “empathize” with Partridge.

Partridge says she does not want empathy, she wants her car found and returned.

“I was pissed, to say the least,” Partridge says.

VIP Auto Care Service Center also told 13 Action News that their staff members have spent hours looking for the car without any luck.

One of the managers says it’s cooperating with Las Vegas police during the on-going investigation.

VIP Auto Care Service Center is also offering to reimburse her for the value of the car, Partridge says that it is still not good enough for her.

“My son’s car is gone. You can’t put a price on something that is personal,” Partridge says as eyes begin to tear up.

13 Action News also asked management if their surveillance cameras caught near the back parking lot caught anything, their response was no. The cameras are placed in “a poor position.”

The business wants its customers to know that they have installed two more security cameras on the outside of the building so they have a better view of the property.

VIP Auto Care Service Center claims this incident is the first time a car or anything has been stolen in the ten years of being in business.