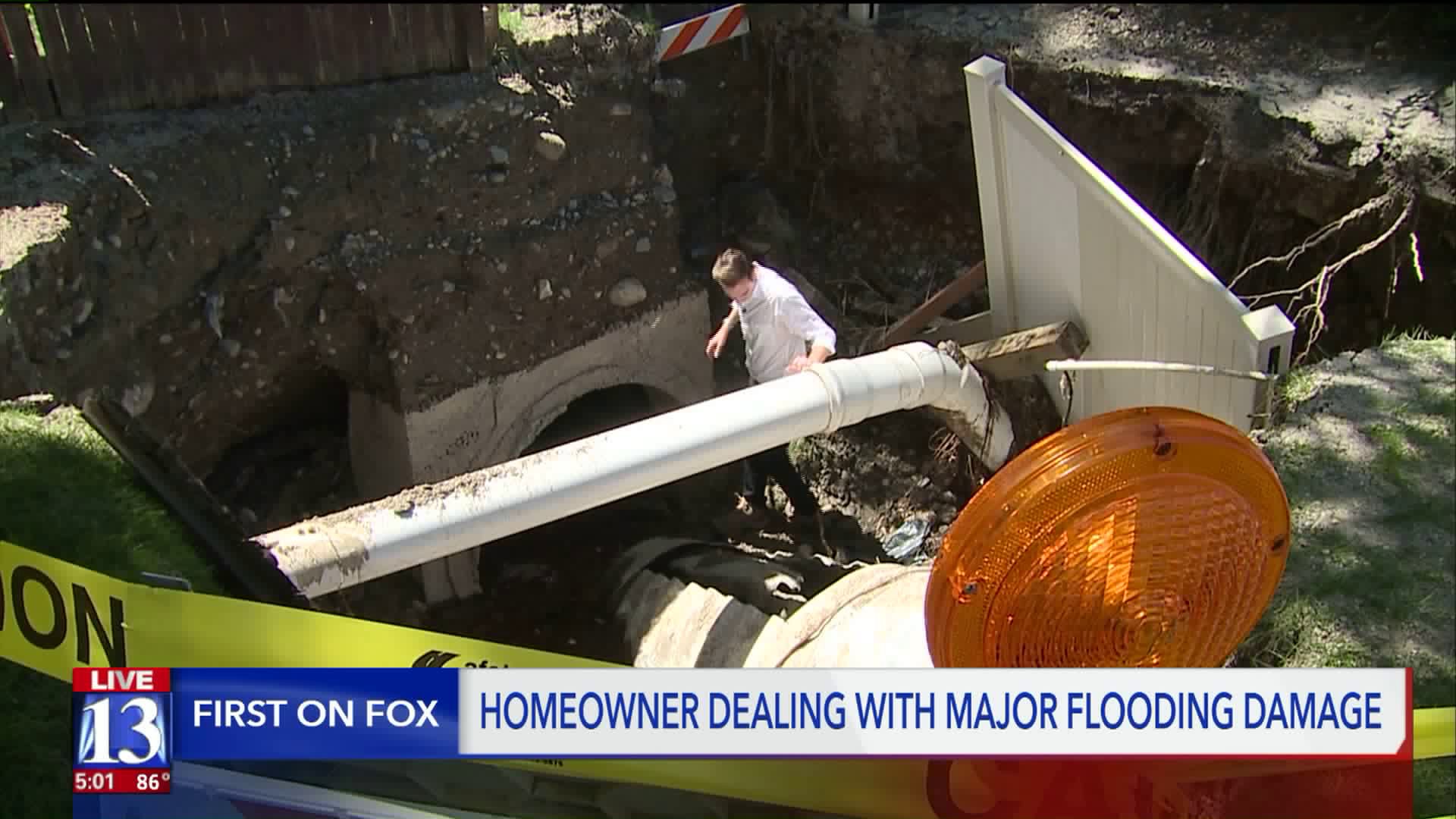 A man in Cottonwood Heights is dealing with major flood damage to his house and a big crater in his backyard. Now he`s concerned the city`s insurance company will refuse to pay for the damage. 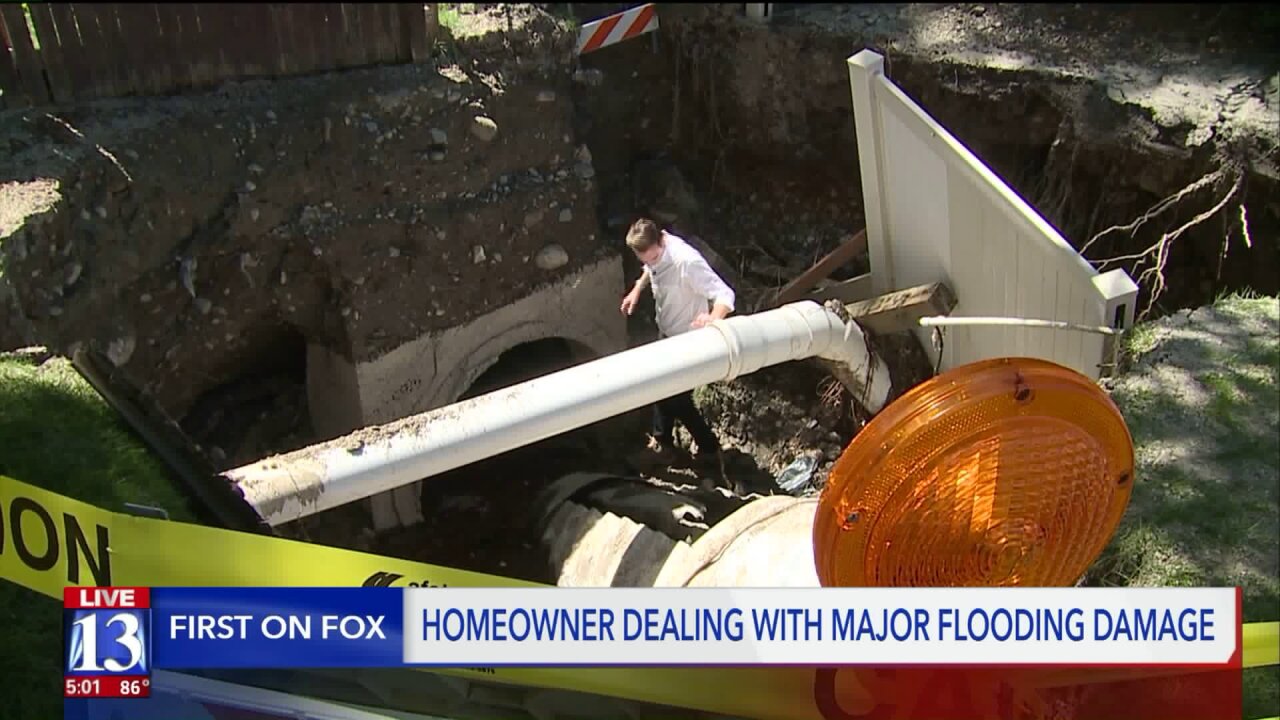 COTTONWOOD HEIGHTS, Utah — A man in Cottonwood Heights is dealing with major flood damage to his house and a big crater in his backyard. Now he's concerned the city's insurance company will refuse to pay for the damage.

John McEntire wasn't home when water came crashing through a door in his backyard and into his basement. He said typically his grandkids play with toys or watch TV in the basement, and he's very glad there were no injuries.

"I mean, they would’ve been killed because of the force of that water. It was extreme," McEntire said. "Broke the door right off its hinges... that's a lot of water."

The water came from a storm drain in the backyard, which now looks like a huge crater from eroded soil. McEntire said he believes a corroded pipe contributed to the flooding.

"The neighbor up here said there were two geysers coming up — he told us about 20 feet high," McEntire said. "Right now the pipe is totally smashed... totally corroded."

At first, McEntire was under the impression that the city's insurance company — Traveler's Insurance — would be able to pay for the damage. His latest phone call with the company left him feeling less encouraged.

"They said their policy for the city doesn’t cover acts of God, and that would be an act of God — an extreme amount of rainfall," McEntire said. "They still have to do their full investigation which I completely understand... but it’s clear in my mind that it’s a failure of the pipe."

McEntire said he believes the damage could surpass $100,000.

FOX 13 reached out to Traveler's Insurance but did not receive a response on Sunday.