Inland Port meeting canceled due to protesters; one person arrested 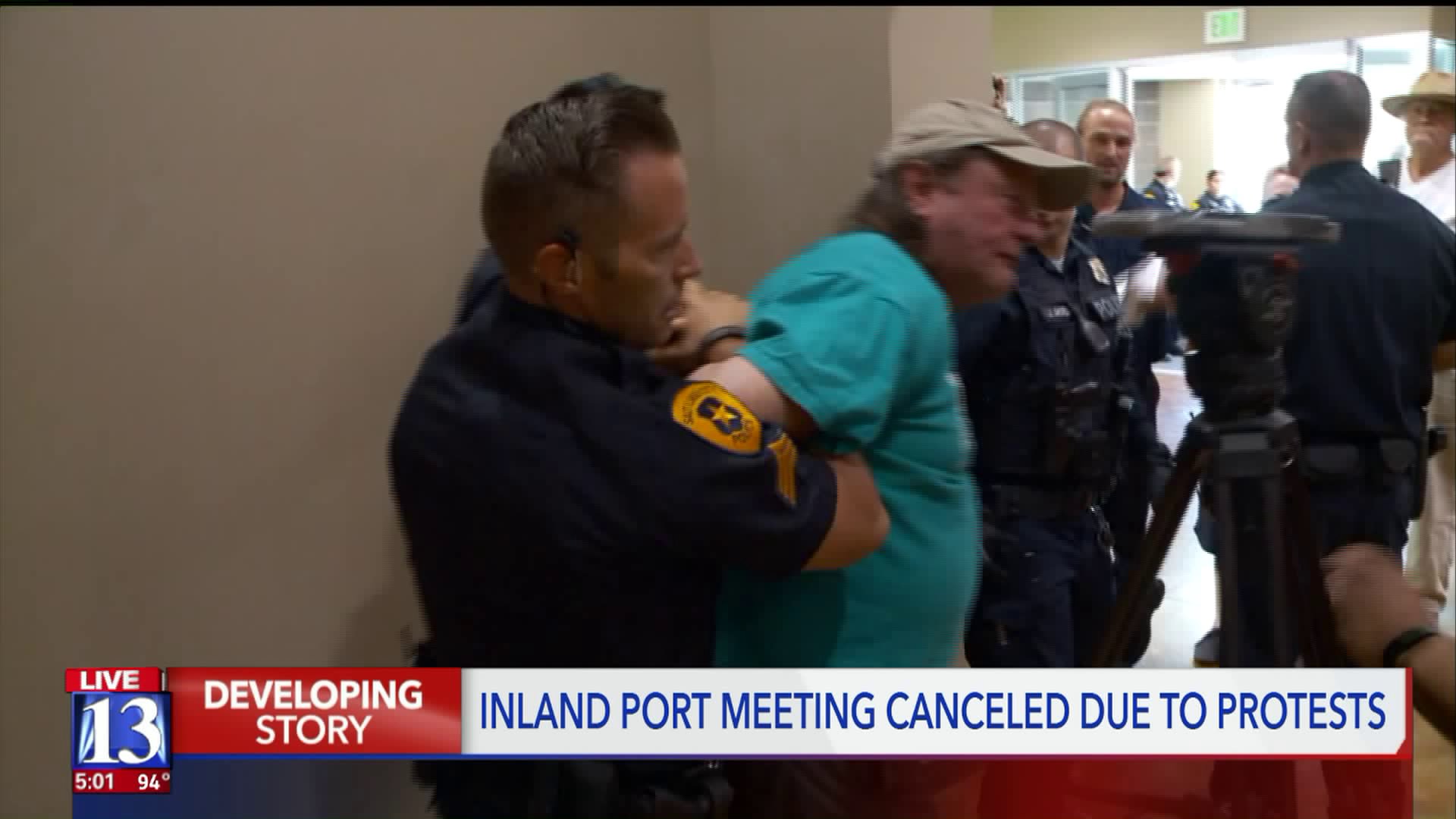 Another Inland Port meeting ended in chaos Wednesday after protesters were escorted out and one was arrested. 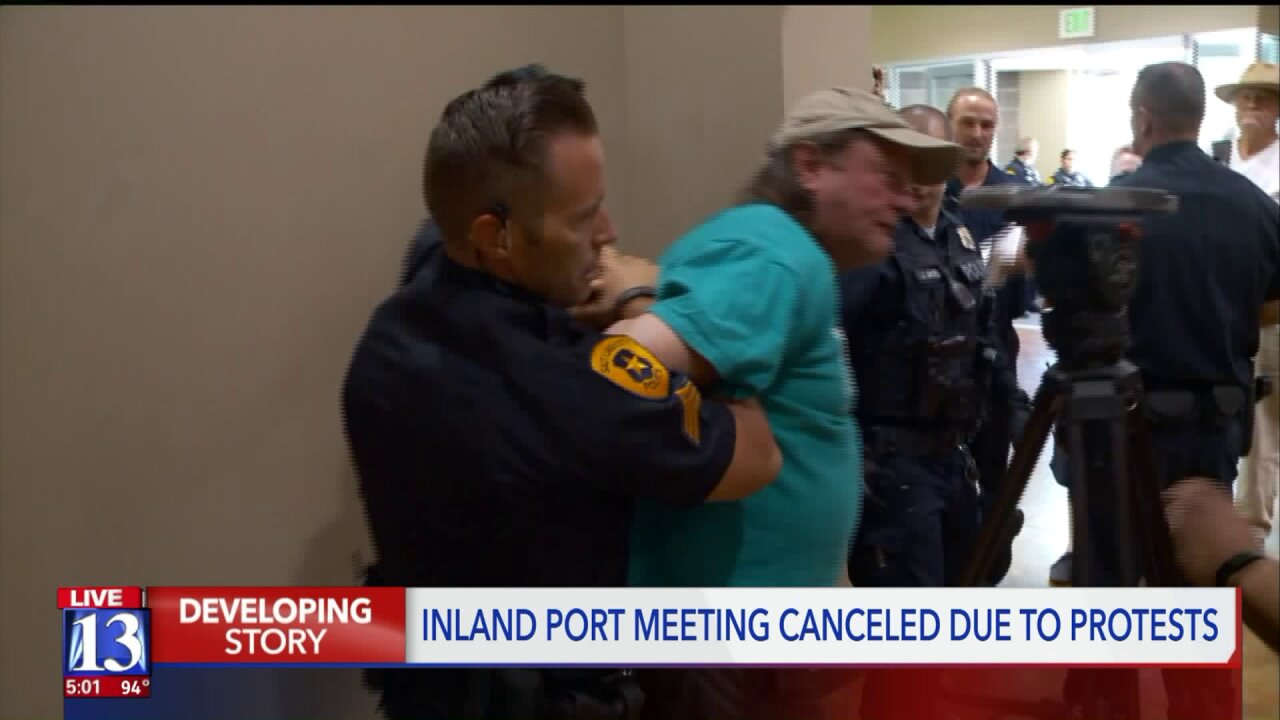 SALT LAKE CITY — Another Inland Port meeting ended in chaos Wednesday after protesters were escorted out and one was arrested.

Just a few minutes after greetings, a protester raised her hand to ask. if this was a public meeting, then why was her friend being asked to leave?

Salt Lake City Police officers escorted two protesters out. The fire marshal had deemed the room at capacity, they said, and it was therefore unsafe for them to be there.

Ethan Petersen from Salt Lake County was one of those protesters.

“We didn’t come to disrupt this meeting, we actually did come with questions,” said Petersen.

Questions, Petersen said he never got to ask after the meeting was quickly canceled — it was at that same time, Petersen was escorted out of the room.

Minutes following, police arrested a man who tried to grab another person’s cell phone along with putting his hands on that person.

Handcuffed and escorted into a separate room, police said their main goal for the meeting was to maintain a safe environment.

“It’s not our meeting,” said Sgt. Brandon Shearer. “It’s a public space and we were just here to keep everyone safe.”

Stuart Clayson, director of regional growth for the Utah Association of Counties, called the meeting together to discuss places to put the inland port along the Wasatch Front.

“One job in rural Utah has an immense impact on one county, like Carbon County,” said Clayson.

Driving infrastructure investment to counties that could use an economic boost, but Clayson also said he wants to listen to protesters and their concerns for the environment as well.

“There is no port, so we can literally do whatever we want,” said Clayson. “Why not do it and have it [have] all-electric trucks and have every building have solar panels?”

But Peterson said compromise is not an option.

Protesters will hold their own meeting on Monday at 6:00 p.m. in conference room B of the main Salt Lake City library.