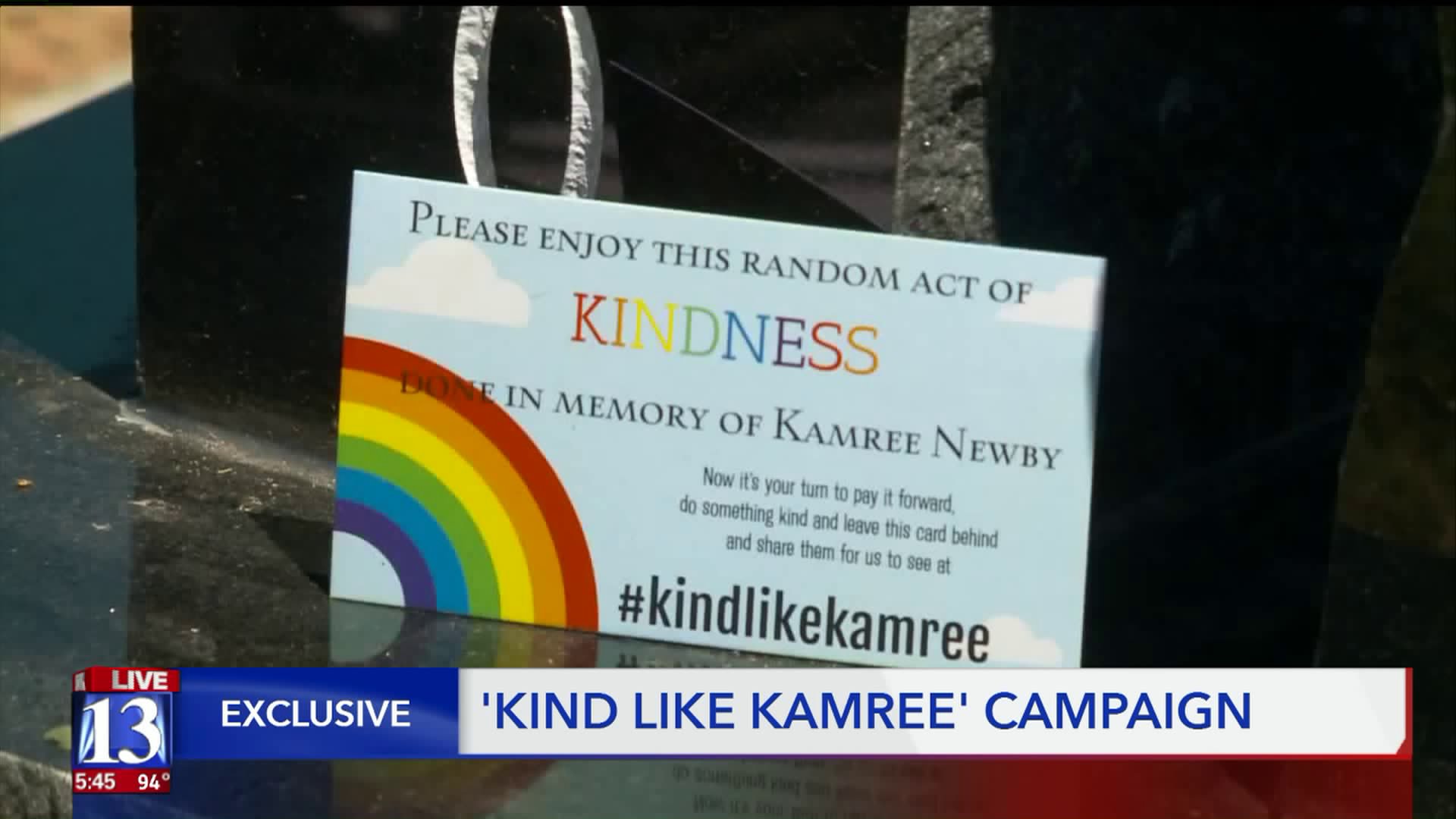 What started as a tragedy for one Utah family, has turned into a widespread kindness campaign, sparking thousands of random acts of kindness throughout Utah and beyond. 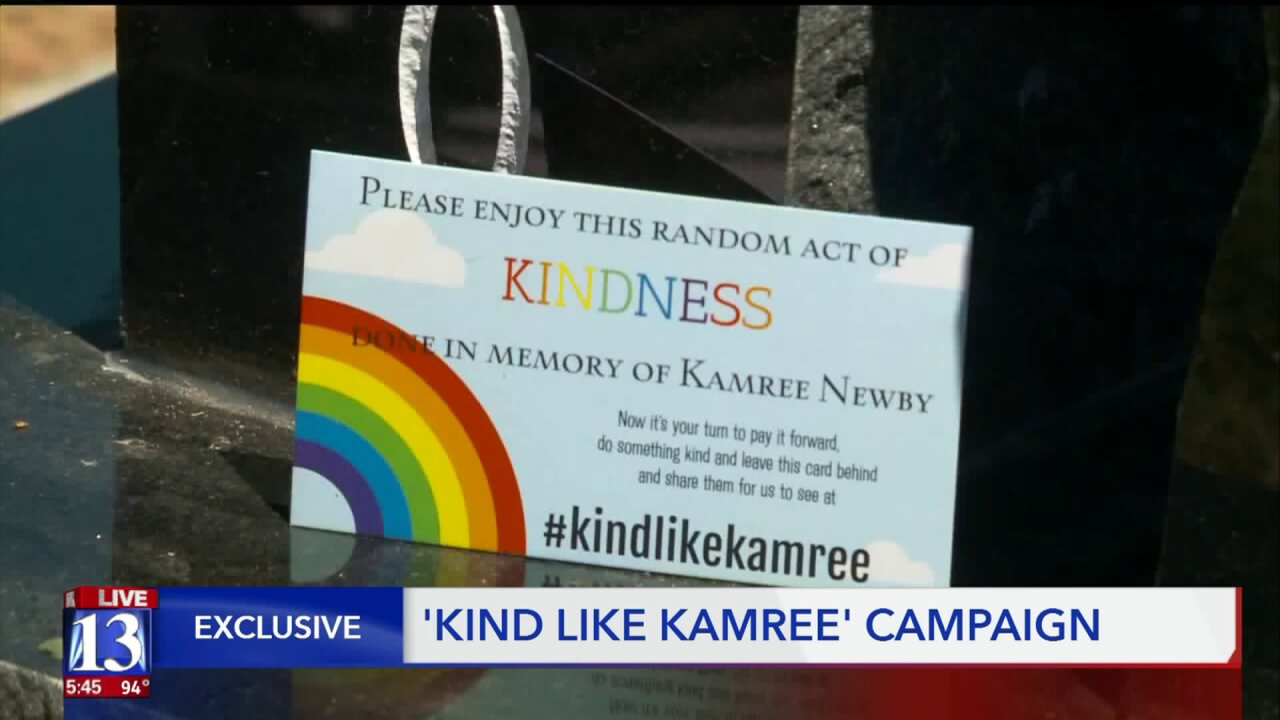 RICHFIELD, Utah — What started as a tragedy for one Utah family has turned into a widespread kindness campaign, sparking thousands of random acts of kindness throughout Utah and beyond.

Standing in front of their daughter’s grave at the Richfield City Cemetery, the Newby family is still healing.

“We just had her headstone put in last week for her birthday, on August 8,” said Brady Newby as he stood in the Richfield City Cemetery.

“We come out here multiple times a day… I mean who wouldn’t want to drive up and see that smile?” said Amber Newby as she choked back tears.

Five months ago their daughter, Kamree, took her own life.

“It’s just been horrible, I mean one day you have your daughter and the next day she’s gone,” Amber said.

It’s a heartache feared by many and experienced by few.

“We never thought we would be in this situation, we never thought it would be our daughter,” Amber said as her eyes welled up with tears. “I mean, you always think it will happen to someone else until it happens to you.”

Left in Kamree’s memory, her favorite pair of worn-out sneakers, some lanterns, flowers, rainbow pinwheels and a small business card.

The small piece of paper, marking a much larger movement.

The front of the card is decorated with blue skies and a rainbow.

“At her funeral, we played 'Somewhere Over the Rainbow,'” Amber said.

“Please enjoy this random act of kindness done in memory of Kamree Newby. Now it’s your turn to pay it forward, do something kind and leave this card behind and share them for us to see at #kindlikekamree,” the card reads in a fun font.

The back of the card, completely covered in a rainbow, continues the message, “Be kind, one act of kindness could save someone’s life.”

The Newbys ordered 500 cards one week ago, in honor of what would have been their daughter’s 19th birthday.

“We’ll have them for years, we can do it every year on her birthday,” Amber explained what they thought they would do with the hundreds of cards.

But those 500 cards didn’t last long.

Thousands of random acts of kindness are now popping up all over social media, accompanied by the hashtag #kindlikekamree.

“Whether it’s picking up trash, buying the meal for the people behind you,” Amber said as she listed some of the ways people have spread kindness.

A movement, bringing happiness and healing, that all started with a few pieces of paper.

“There’s light at the end of the tunnel,” Amber said. “Maybe you’re having the worst day of your life and maybe one little thing could turn someone’s life around.”

Now, the Newby’s hope somewhere over the rainbow, people will continue to find kindness and Kamree.

“It’s not what we have done, to me it’s what she’s still doing, to me she still lives on through the cards,” said Amber.

The family wants to keep this going as long as possible and will mail cards to anyone who wants to take part. If you would like to receive some cards to start spreading kindness for Kamree, you can contact the Newby’s through the ‘Kind Like Kamree’ Facebook page.