Sales tax on some services? Food tax? Income tax cut? Tax system gets another look, but lawmakers might do nothing at all 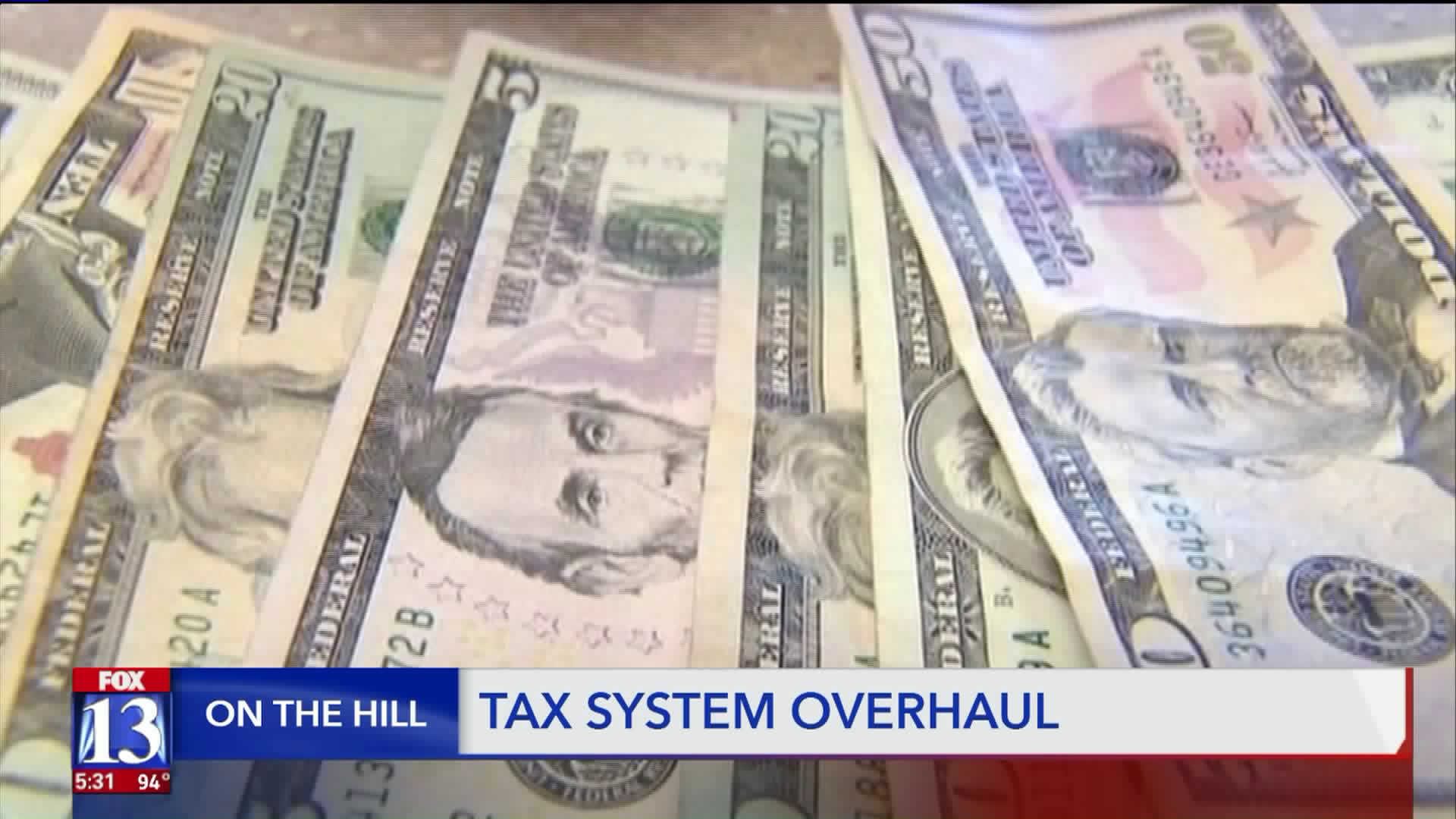 Utah lawmakers are preparing to look at whether the state`s tax system needs an overhaul. But they also acknowledge it`s possible that no bill actually makes it through the legislature. SALT LAKE CITY -- Utah lawmakers are preparing to look at whether the state's tax system needs an overhaul.

But they also acknowledge it's possible that no bill actually makes it through the legislature.

In an interview with FOX 13, Sen. Lyle Hillyard, R-Logan, and House Majority Leader Francis Gibson, R-Mapleton, spoke about the next steps for the tax reform task force they co-chair. A meeting is planned Monday to discuss the future of tax reform following a summer-long "listening tour" of residents across the state.

The task force emerged after a highly contentious bill was introduced in the Utah State Legislature earlier this year that proposed some sales and income tax reductions, but also floated the idea of a sales tax on services like haircuts, piano lessons or plumbing.

Legislative leaders said that with a decline in revenues, the state faced problems paying for essential government services like roads, schools and health care. The bill imploded over public pushback, especially over the proposed sales tax on services.

"What I think was heard the most was don’t tax services. That was probably the message that came across the clearest. And the loudest," Gibson said.

Speaking to FOX 13 on Wednesday, Hillyard was reluctant to say what will be looked at next.

"There’s a lot of things we’re never going to touch. We trigger the nervousness of all those people who suddenly got put on the table," he said.

But he and Gibson said they would like to re-examine the tax exemptions the state hands out.

"We talk about maybe restoring the sales tax on food. That might be one," Gibson said. "I would only want to entertain that if we have an income tax decrease."

In lieu of a sales tax on services, Gibson said public feedback was somewhat supportive of the idea of removing the earmark on the income tax for education. But that would likely trigger a big political fight with education groups and it would require a proposed constitutional amendment that voters would decide.

Hillyard said a sales tax on some services is still possible.

"I think we look at some sales tax on services that make sense," he told FOX 13. "You know, services become a really complicated area because of what we call pyramiding. And that’s business to business and most of the services."

But both lawmakers acknowledged that when all is said and done, nothing substantial changes.

Added Gibson: "I think we could recommend something but then see, internally there may not be support from colleagues and you see nothing ran."

A special session may be in doubt. It would take weeks to work up a bill and with various lobbyist and public pressure on the issue, it could be delayed. Any bill in the 2020 general session could face some election year pushback (with lawmakers being targeted for their support or opposition to whatever emerges).

"This is an issue that is so important to Utahns because it truly impacts every Utah citizen," said Brett Hastings of the newly formed Utah Legislative Watch, which has been tracking the tax reform discussions.

He said he favors waiting.

"These types of issues require potentially multiple-year negotiations that are open, transparent based on good data," he said. "Not based on a perceived and, in my opinion, false claim that we have some sort of emergency that we have to do something very quick."

The next meeting of the Tax Restructuring and Equalization Task Force is Monday, Aug. 19, at 4:30 p.m. in Room 30 of the House Building at the Utah State Capitol.

Public comment on the tax reform ideas can also be submitted online here.