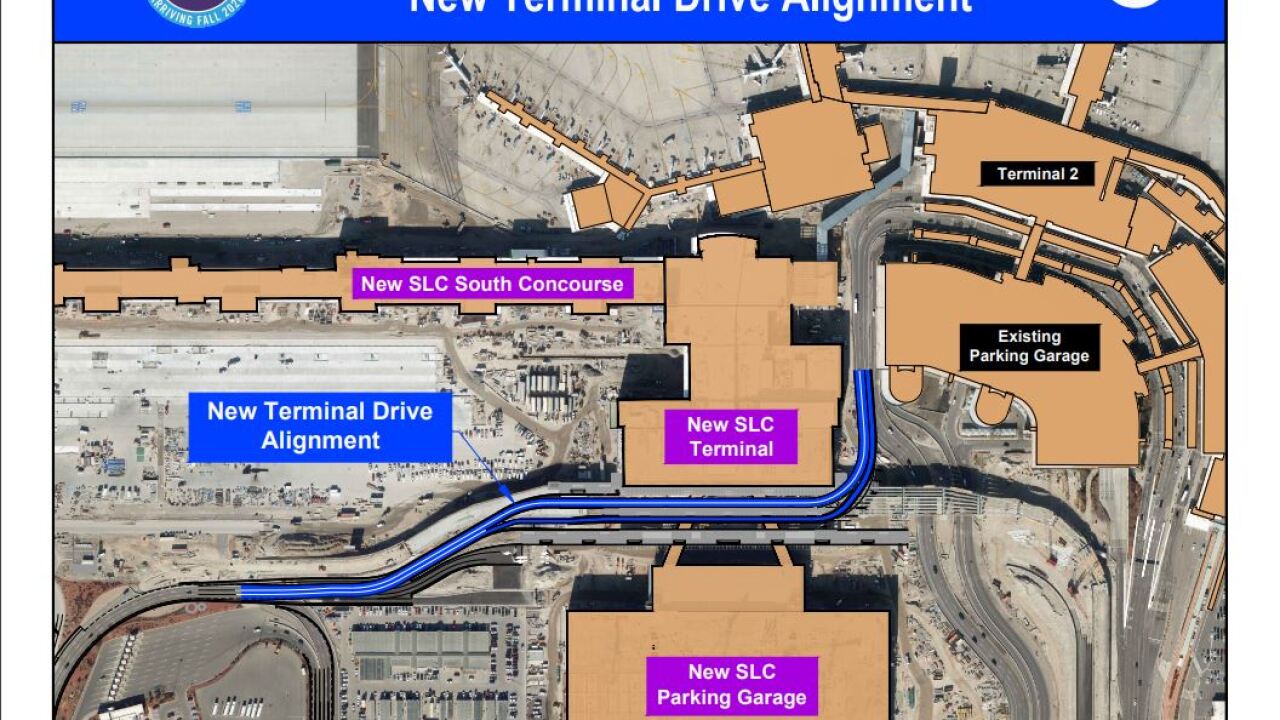 The detour went into effect around 5 a.m.

Drivers exiting the airport using terminal drive will be detoured between the new parking garage and central terminal.

The detour will give construction crews space to build two helixes, which drivers will use to exit the new garage.

"We're putting out signs so people know exactly where to go, and we're also asking that people make sure they follow the speed limit signs to keep the speed down," said Nancy Volmer, an airport spokeswoman.

Signs will direct drivers during the detour, which is expected to be in place through September of 2020. See the map below for the new route: