UTAH — Utah, like much of the country, is served by a jigsaw puzzle of school districts, with older city districts serving students with less money and more mobility than the large suburban districts that grew up around them.

The following charts show the poverty level of students and test scores in city districts compared with the same statistics in the suburban districts surrounding them. In most cases, you can see an inverse relationship between the percentage of poverty and the average test scores in each district.

The Provo/Nebo/Alpine districts are the exception, with Provo scores on a par with the Alpine District and higher than the Nebo District.

These statistics are helpful in understanding big-picture issues for Utah education, but they do not say anything about individual students who can excel in relatively poor performing districts and fail in thriving districts.

The data comes from the National Center for Education Statistics and the Utah Board of Education. 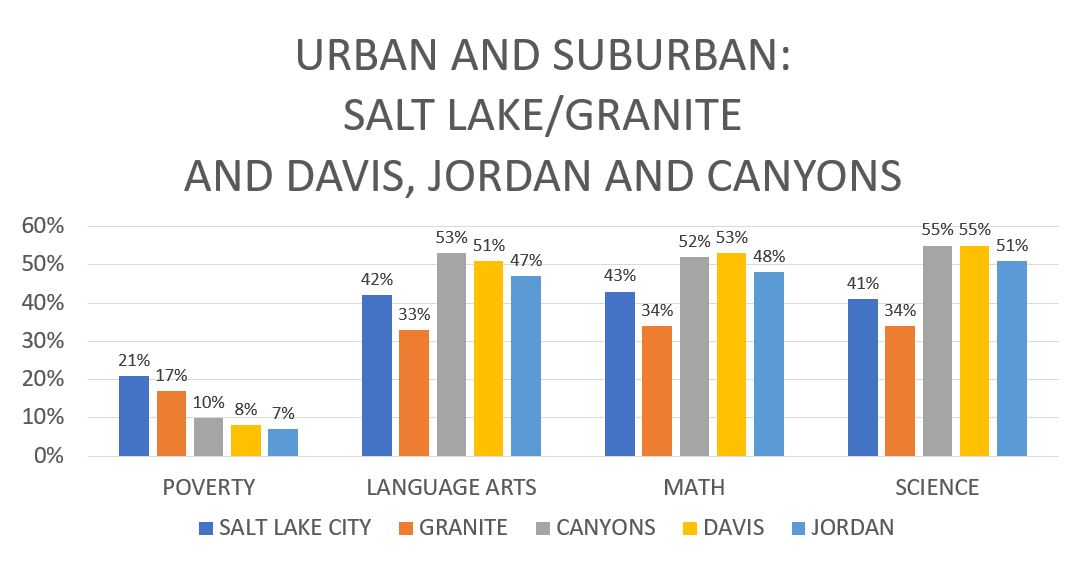