Utah artist known for Trump paintings has a new one, and there are questions and memes 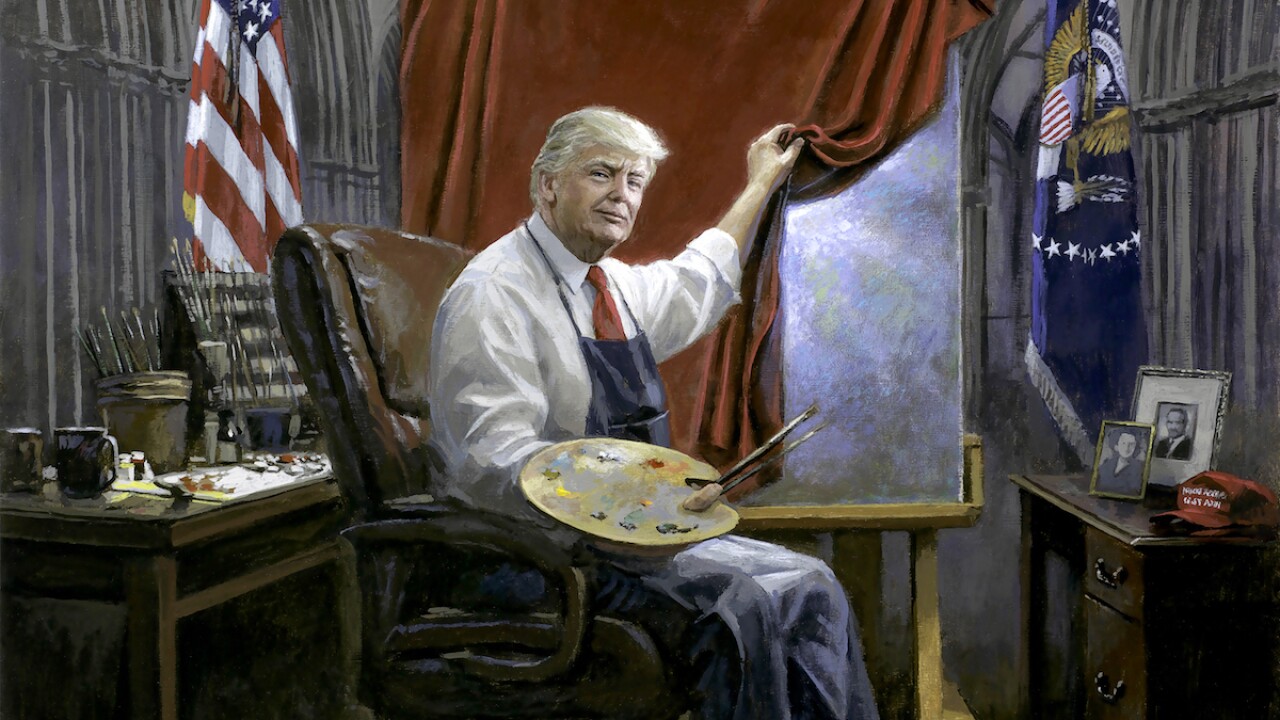 A Utah artist who has several paintings of Donald Trump under his belt is showing his latest “Masterpiece.”

Jon McNaughton’s new painting, called “The Masterpiece,” depicts Trump as a painter, seated next to a partially-revealed painting and holding a painter’s palette. The subject of Trump’s painting-within-a-painting is vague – a deliberate choice by McNaughton.

“I believe that Trump will yet reveal in the future a greater degree of prosperity, justice, and American influence that has never been seen before. His greatest achievements are yet to be revealed,” McNaughton explained on his website.

As Newsweek reports, the image is highly exploitable for memes, as it’s all too easy to insert one’s own choice of art in place of the abstract strokes McNaughton chose.