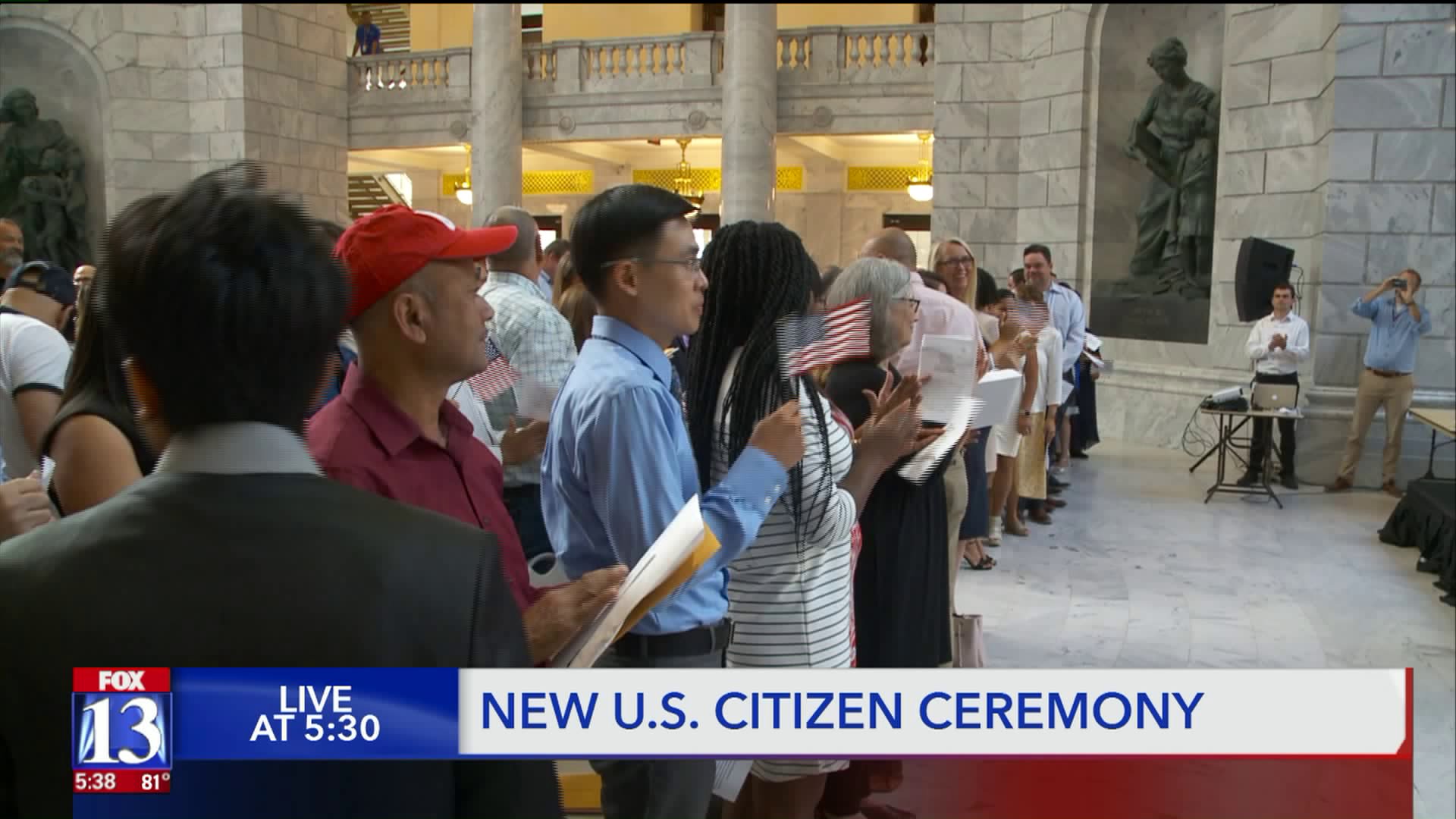 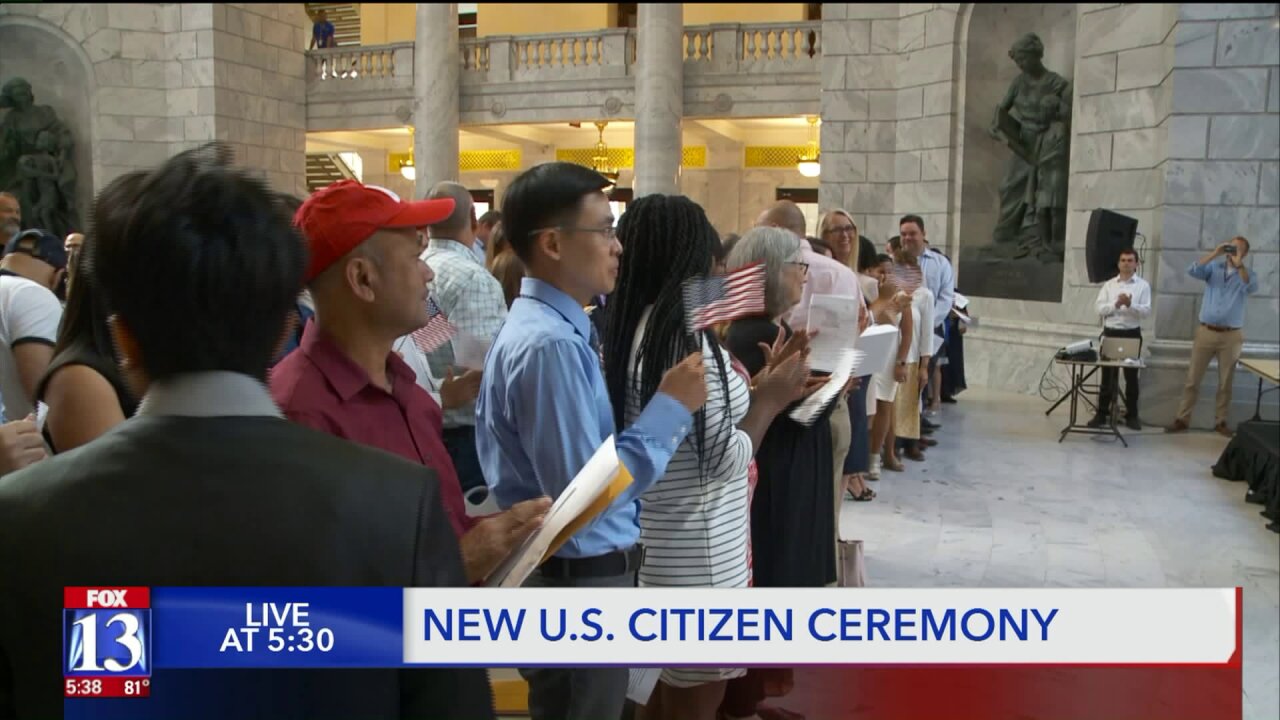 SALT LAKE  CITY — It was an emotional ceremony filled with proud new Americans.

More than 120 people were sworn in as U.S. citizens Monday at the Utah State Capitol. It was one of four separate ceremonies that will be held in the Salt Lake area.

"It's a lot of emotions, but I'm really glad that it's over. This has been a really tough journey," said Dumdi Baribe, one of those sworn in. "I'm really grateful that it's over now and that I can say proudly that I'm a citizen, that I'm a U.S. citizen."

Over 120 more people will become citizens on Wednesday at the Viridian Event Center Library in West Jordan.