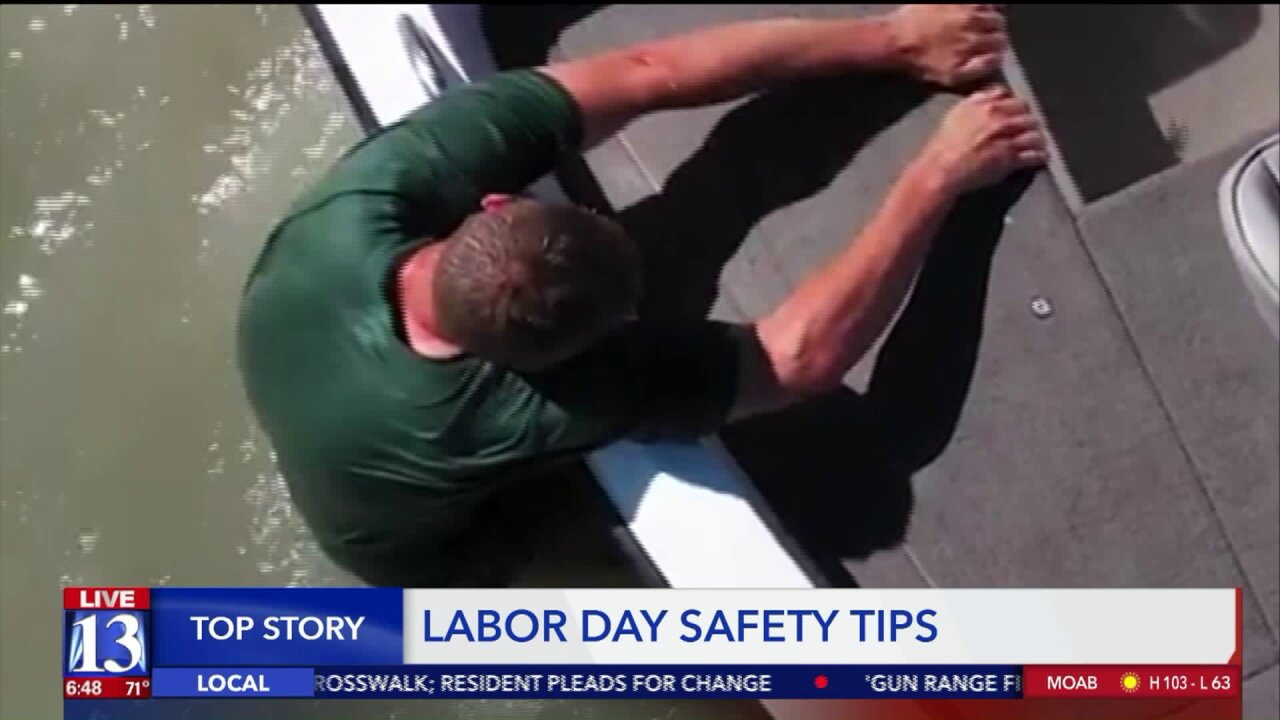 SALT LAKE CITY -- September is off to a hot start as Utahns celebrate Labor Day.

Outdoor enthusiasts should keep in mind Utah remains in the thick of wildfire season and be mindful of where campfires are and are not allowed.

In areas where campfires can be lit, remember to make sure they are fully extinguished and the remains are cold to the touch before leaving them unattended.

Many people will spend the holiday on the water, and with increased traffic boaters and others should watch their speed.

Boaters should also remember that laws about DUI apply to watercraft as well as motor vehicles.

The holiday should also see increased traffic, and the holiday marks the end of the 100 Deadliest Days on Utah roads--which began Memorial Day weekend. That time period is statistically the most dangerous on Utah roads.

Troopers urge drivers to slow down and buckle up, and they remind people not to drink and drive. Troopers will be out in force conducting DUI enforcement for the holiday.