The fire has burned 2,117 acres as of Thursday afternoon.

Thursday's efforts are focusing on "mopping up" the western perimeter, putting in a containment line around the southern flank and using four helicopters to aid the ground crew suppression efforts, according to Utah Fire Info.

Access to the hot spots has been one of their biggest challenges.

“It really is steep terrain.  It’s a lot of unstable, rocky terrain,” said Jason Curry, a fire information officer.  “Putting people up in those steep areas where they could have loose footing, they could have all sorts of problem with fire behavior itself.”

Helicopters and other aircraft have helped the ground efforts with water and retardant drops.  Red retardant now lines the entire perimeter of the fire.

“Aviation resources between the retardant and the bucket drops makes it possible for them to do their jobs of containment,” Curry said.  “Just because there is a little bit of line does not mean it’s not going to grow or not go beyond those containment lines.”

The fire is no longer a threat to the neighborhood located near the base of the mountain.

“Down low, we have people in place in case of the unexpected,” Curry said.

Crews will get back to work Thursday morning, hoping for favorable wind conditions to get more of an upper hand on the fire.

“Weather is going to be a key factor as it always is,” Curry said.  “A little bit after dark, they’ll begin to come down, get a meal, sharpen their tools and get ready for the next day.” 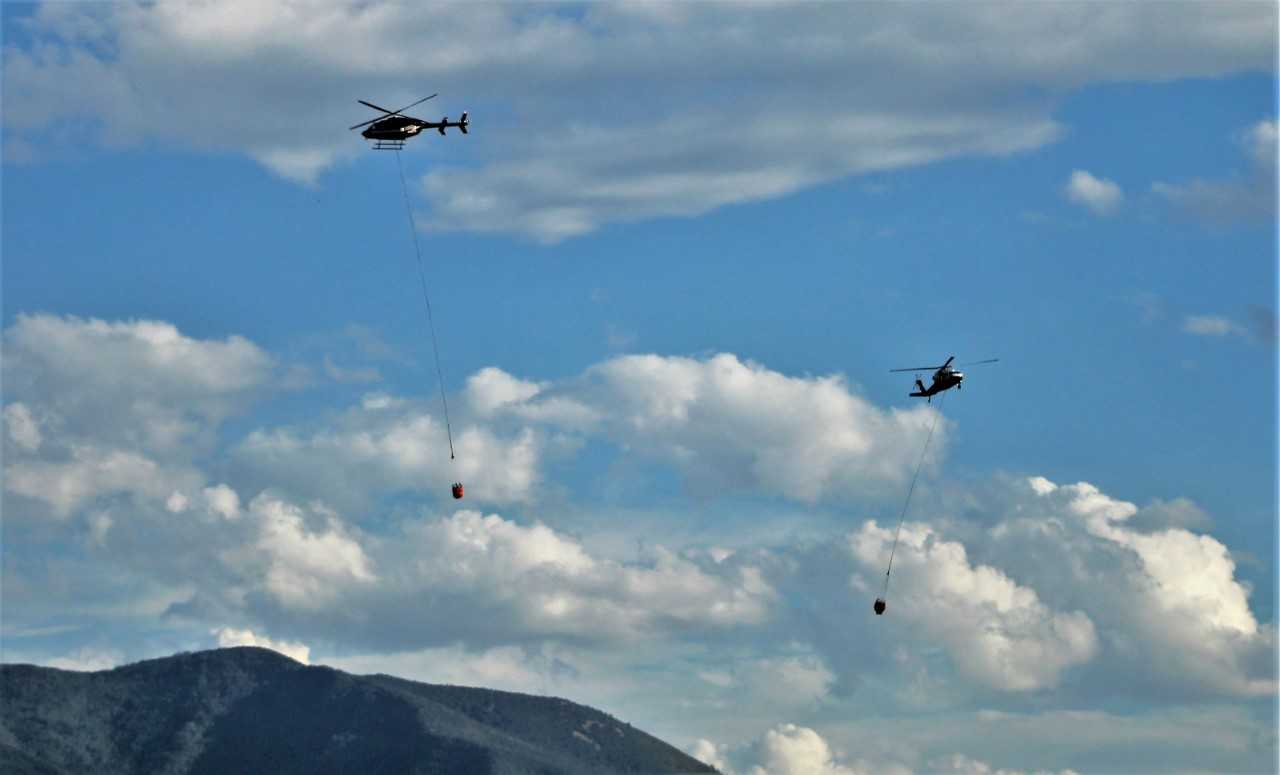