‘An exclamation point on my innocence’ ex-Utah AG John Swallow says as state settles with him for $1.5 million 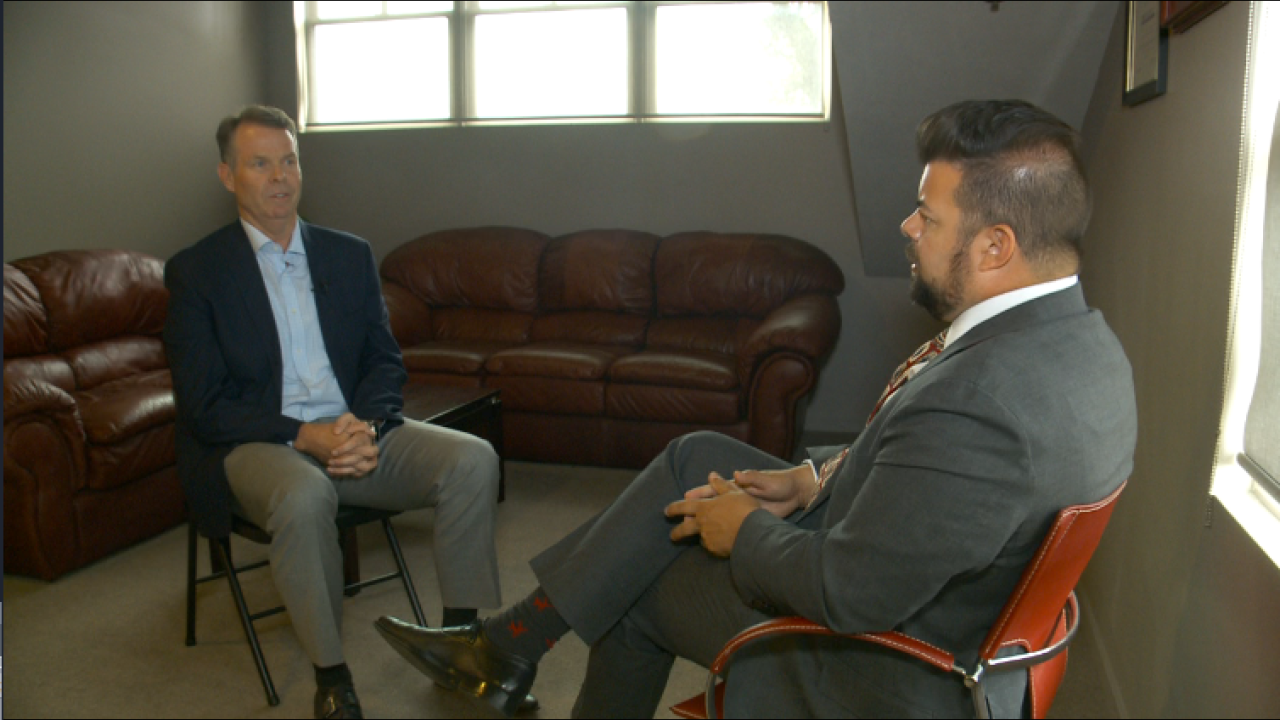 SOUTH JORDAN, Utah -- The state will pay former Utah Attorney General John Swallow $1.5 million to settle a lawsuit he brought against it over his prosecution.

"Well it’s about time!" he laughed during an interview with FOX 13 on Friday. "We’re just thrilled that we’re finally at this point. I call the settlement an exclamation point on my innocence. We had the trial, they acquitted me. The state bar cleared me on ethics issues. And now we’re settling with the state."

The settlement is expected to be approved by the Utah State Legislature when it meets in special session later this month.

Swallow sued the state, seeking to recoup costs for his legal bills after a jury acquitted him on corruption-related charges. The Utah Attorney General's Office (the agency he used to lead) originally fought him on it, arguing he resigned less than a year into office and wasn't entitled to any support.

Now, the state is settling.

"It felt wrong to put the state and my office through all the turmoil and all the distraction we were going through. And I was running out of money. Our bills were at $50,000 a month. We are simple people. And so I made a decision I needed to leave and clear my name privately because I know what I was doing by staying in office wasn’t working," Swallow told FOX 13. "It was one of the most difficult decisions I’ve ever made, but I believe now looking back it was absolutely the right decision from where I stand today."

Swallow was accused of accepting gifts and contributions from people who were facing investigation by the Utah Attorney General's Office. He and his predecessor, Mark Shurtleff, were arrested and charged. The case against Shurtleff was dropped by the Davis County Attorney. The Salt Lake County District Attorney's Office went to trial against Swallow, who was acquitted.

The Utah Attorney General's Office, now led by Sean Reyes, initially declined to comment on the settlement but issued a brief statement on it late Friday.

"After a jury acquitted John Swallow, he sued the state for his attorney fees as Utah law allows. The parties have agreed to settle his claim for $1.5 million in exchange for dismissal of all claims with prejudice, which ends this case. Mr. Swallow's attorney fees will be taken from this amount," the office said in the statement.

Shurtleff told FOX 13 on Friday that he is in discussions with the state about settling his legal claims for payment.

"It’s the final closing of a very important chapter of my life," Swallow said. "I can pay the bills that were incurred protecting me from bogus criminal charges. Now I can move forward in my life, unimpeded from anything in my past."

Swallow is in private legal practice now, and said Friday he is writing a pair of books: one touches on the scandal and how he reacted to it. The other touches on criminal justice system reforms.

Swallow acknowledged going from the top prosecutor in the state to a criminal defendant taught him many things about the system he once was a big part of. For example, he now disagrees with the idea that prosecutors have "unqualified immunity" for their decisions.

"Do I wish I hadn’t met certain people? Absolutely," he said. "Here’s my biggest regret: it’s that I can’t finish my term in office and actually implement reforms in our system that I’ve learned from the other side need to be reformed."