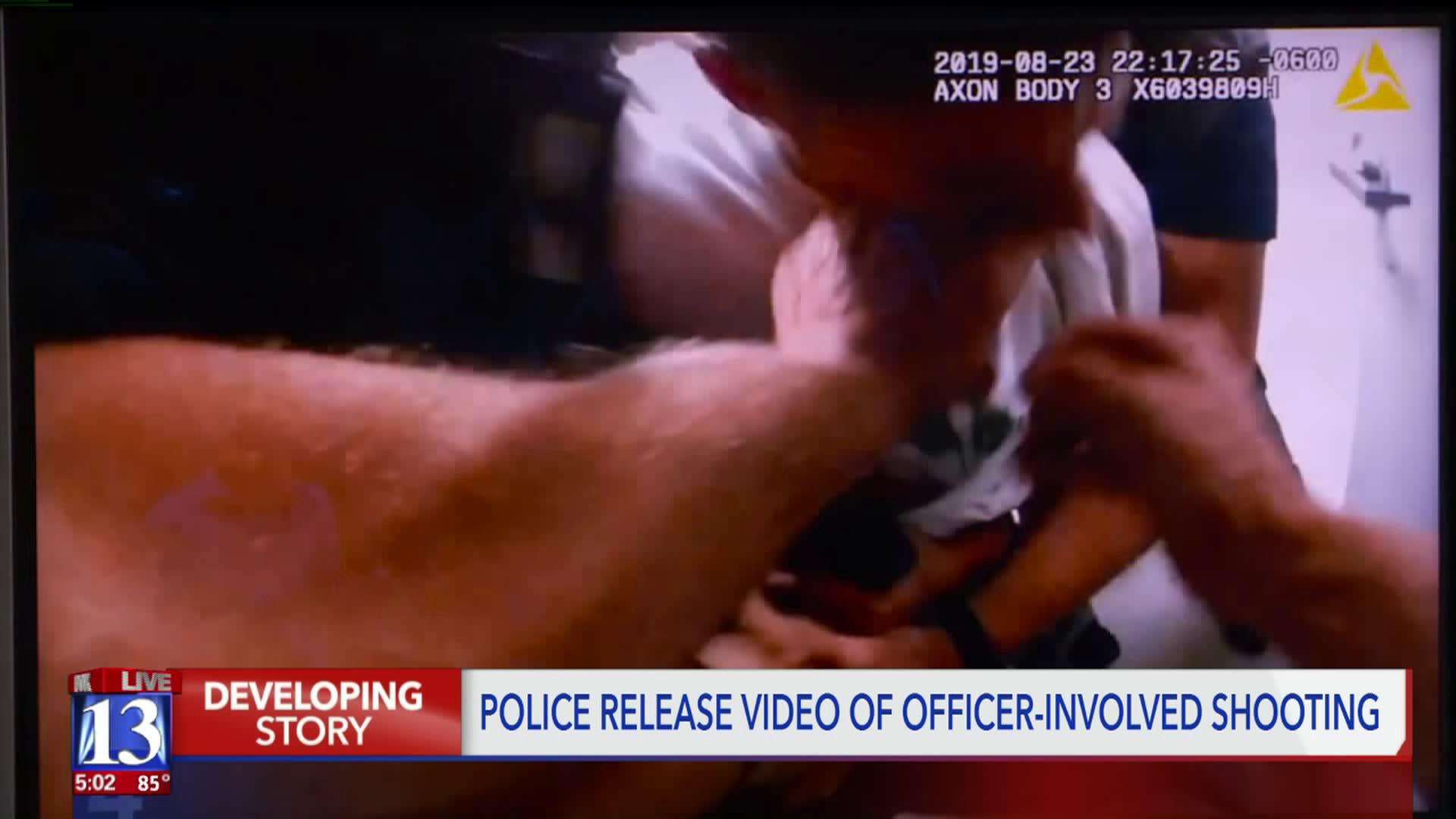 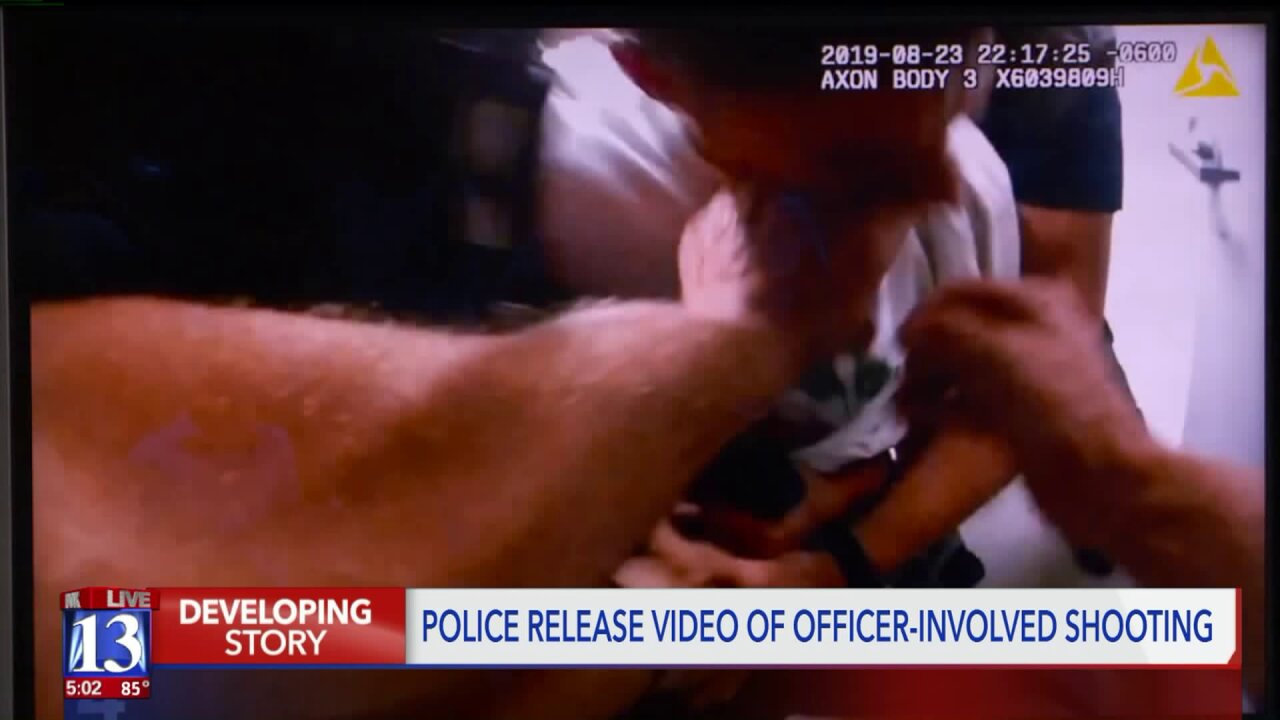 On August 23, a West Valley City Police officer shot and killed 31-year-old Michael Chad Breinholt during an altercation as he was being arrested and processed for driving under the influence.

Four officers were in the DUI processing room with Breinholt, and all had their body cameras turned on.

In the video, Breinholt is seen sitting in a chair with his arms handcuffed behind his back before he takes off his shoe and stands up. An officer then tries to take the shoe and an altercation ensues.

In the video, during the altercation it appears Breinholt reaches for the officer's gun.

“ From what I can see from the video, Mr. Breinholt has a firm grip on the gun,” said Chief Colleen Jacobs of West Valley City Police.

That’s when another officer fires a single shot, killing Breinholt.

The officer who fired the shot is currently on paid administrative leave.

Breinholt was originally brought into custody for reportedly being intoxicated and causing problems out of business on Redwood Road that day.

The investigation has been handed over to the Salt Lake City Police Department.