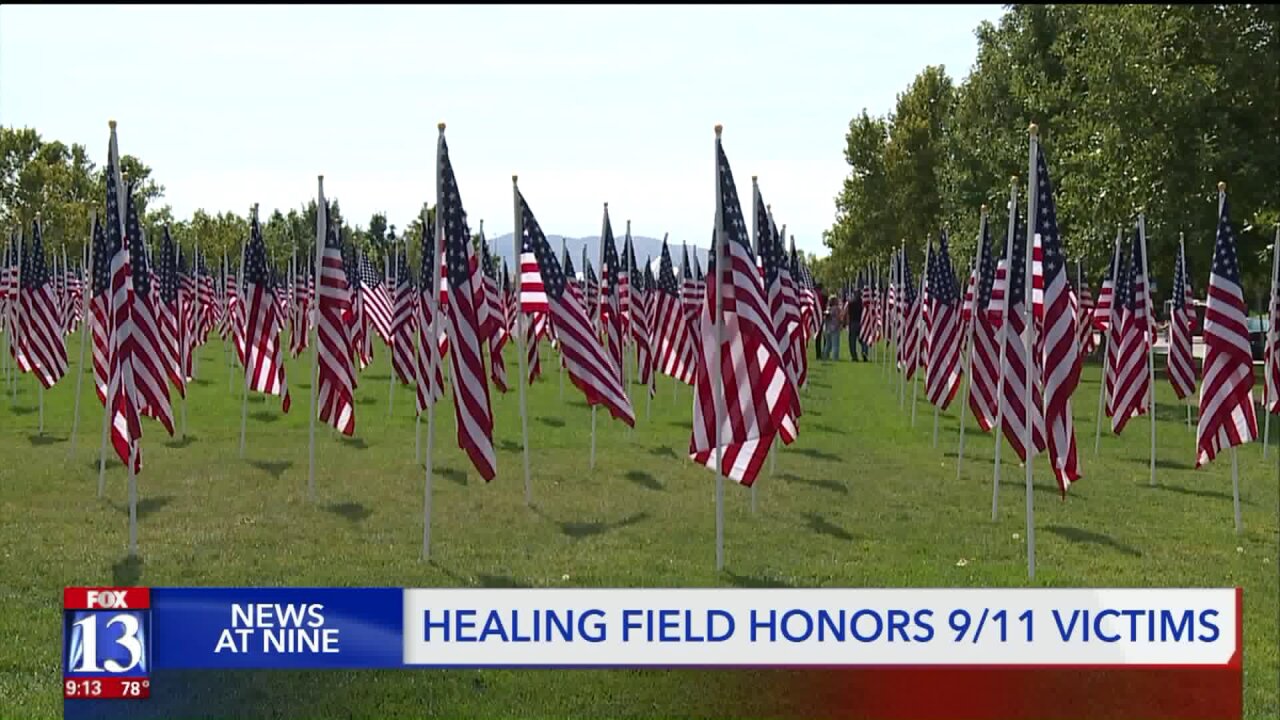 SANDY, Utah — More than 3,000 flags are staked into the promenade lawn in front of Sandy City Hall as the country prepares to remember the victims of the 9/11 terrorist attacks.

Every single flag in the Utah Healing Field represents someone who lost their life during 9/11 and in its aftermath, as well as Utah fallen military and civil servant heroes.

Volunteers put the flags up Friday evening. By Saturday afternoon, people began to visit the Healing Field and walk around the flags.

"It's just hard to believe that there's this many," Donald Almy said. "It just goes on forever."

Donald, his wife Cleanda and their grandson Corey strolled along the rows, getting lost in a sea of stars and stripes.

"When you see the actual number standing out in front of you, it's just overwhelming," Donald said.

Attached to each flag is a card with a victim's name and a little bit about them, like their job, what they loved to do and who they left behind.

The 3,000 stories are each different and unique, but they're connected by their tragic end.

Melissa Jensen said she comes to the Healing Field every year.

She approached the flags and held up the attached cards. She read the stories of the men and women who died.

"Breaks my heart. Makes me want to cry," she said of reading the stories.

"It kind of brings you closer to them," said Justin Grenz, who brought his 11-year old son Aiden to the Healing Field.

"It was a wake-up call — for all of us," Donald said. "We all thought that we were immune to that stuff until that day."

Melissa said she remembers where she was sitting as she watched the second plane crash into the World Trade Center on television.

"I remember hearing 'terrorism,' and I said, 'What is terrorism?'" she recalled. "I didn't even know. I didn't know."

Parents are also passing the stories down to their children who weren't alive back then.

Justin, whose birthday is on 9/11, said he comes to the field every year with his family to keep the memory alive.

Melissa, who now serves as a volunteer on the Utah Healing Field board, said she brings her 6-year old son because she wants him to know what 9/11 is about.

"That is part of how we never forget," she said.

On September 11, a program and ceremony will take place at 7 p.m.