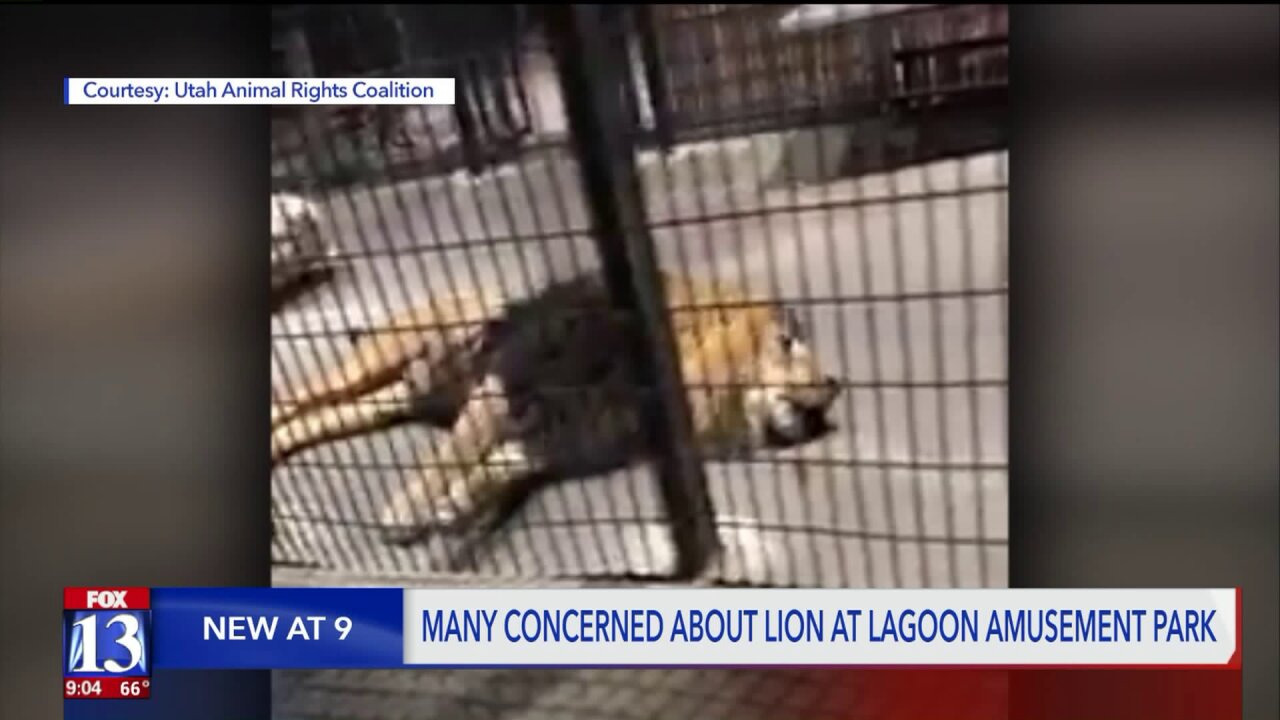 FARMINGTON, Utah -- Video of a lion at Lagoon Amusement Park that was recently posted online by the Utah Animal Rights Coalition is generating concern on social media.

The lion, which is part of the "Wild Kingdom Train" ride, can be seen lying on its side inside a cage, wheezing and appearing to be in distress to casual observers.

"He is obviously in extreme distress," UARC said in its Facebook post. "It's long past time for Lagoon to retire their animals to reputable sanctuaries, close their unpopular & depressing 'zoo,' and replace it with a fun new ride that park attendees will actually enjoy."

Lagoon issued a statement Friday, saying the lion's behavior in the video was not extraordinary or cause for concern.

"With respect to the video circulating online, this is NOT uncommon behavior," the amusement park said. "Lions roaring while lying down is well documented, and does not indicate or suggest distress - quite the opposite. Lagoon would like to reassure the public that this lion receives great care and treatment, and enjoys excellent health. This untruthful mischaracterization of the video is naïve, misguided, and unfortunate."

FOX 13 News contacted "Big Cat Rescue," a non-profit animal sanctuary in Florida, to get their analysis of the video.  Spokesperson Susan Bass said it appears the lion is simply roaring on its side. She said the lion otherwise appears to be healthy.

The organization, however, expressed concern about the overall condition of animals at Lagoon.

"Big Cat Rescue does not and did not condone the treatment of big cats at Lagoon," the organization said in a statement. "Lagoon is a roadside zoo and lions should not be forced to live in barren, cement-floored cages."

The “Wild Kingdom Train” ride opened in 1967 and features zebras, camels, birds and other animals, in addition to several big cats. It has been the target of protests and petitions organized by animal rights groups for many years.