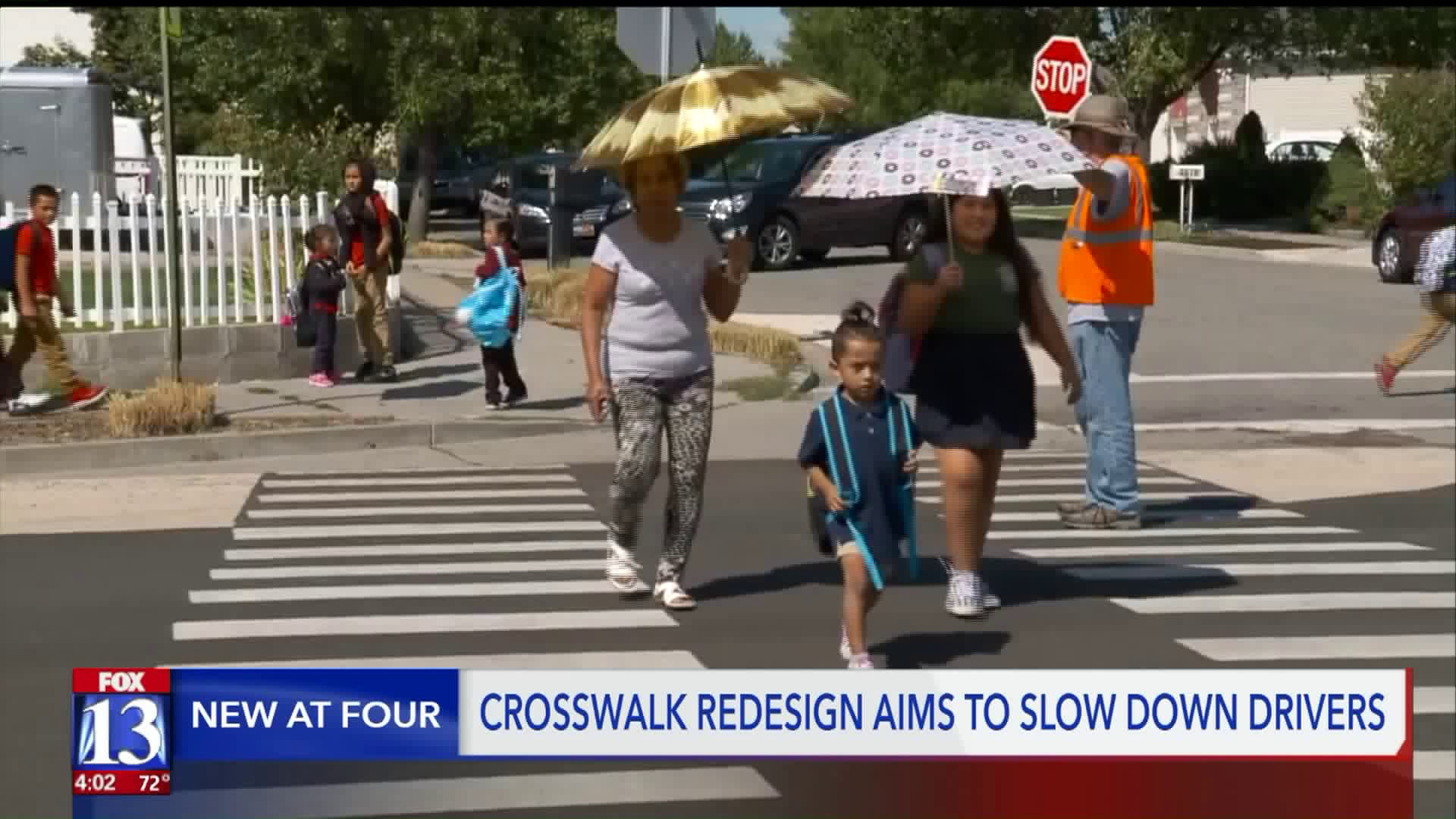 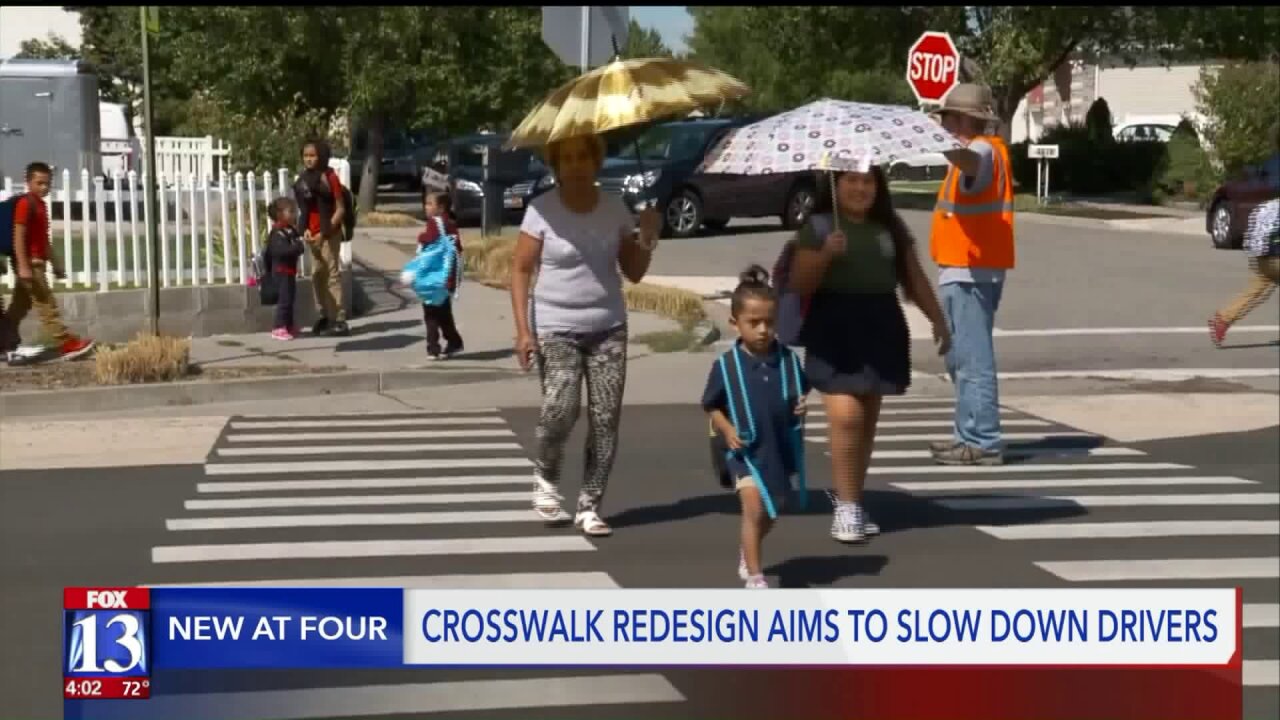 It’s a mile round trip for Alicia Webb to walk her two children home. She admits a crosswalk just east of North Star Elementary can be dangerous.

“It could be a little dicey,” Webb said, explaining that some drivers don’t stop for children while others speed through the intersection.

To make it safer, the city is painting beige designs on crosswalks at 22 elementary schools across the city.

“This is new,” Salt Lake City Traffic Safety Engineer Dan Bergenthal said. “We were trying to think of something we could do.”

The crosswalks are designed with “bulb outs.” They narrow the street to about 11 feet wide. The purpose is to make drivers slow down.

Bergenthal says the city budgeted $50,000 for the project after a year of study and development.

“Cars are going too fast and people don’t feel safe in the crosswalks,” Bergenthal said.

Engineers examined the number of crashes and complaints from school administrators to determine which intersections to target.

“When you are approaching as a driver, you’ll see it up there so it will make the crosswalk more visible. It pushes people to the center of the road so the cars aren’t traveling all over the crosswalk,” Bergenthal said.

Will it be effective? Webb isn’t so sure.

“It makes sense. It’s a great idea. I just think the people driving the cars should be told that’s what it is for, as well,” Webb said.