This little piggy was spotted all over Herriman… Help bring her home! 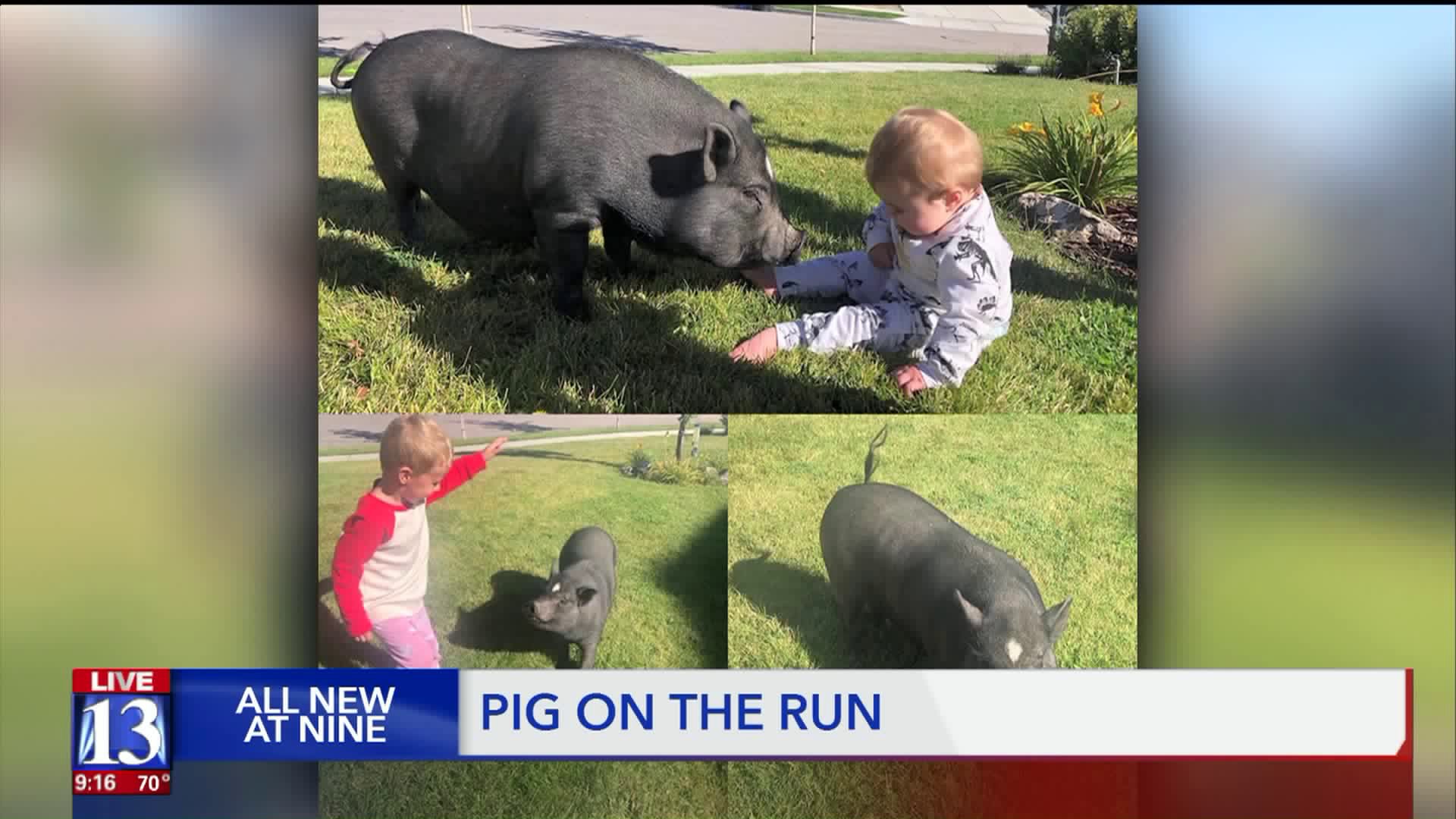 A local animal rescue needs your help to bring a Pot-bellied Pig home after the animal went `hog wild` roaming the streets of Herriman. 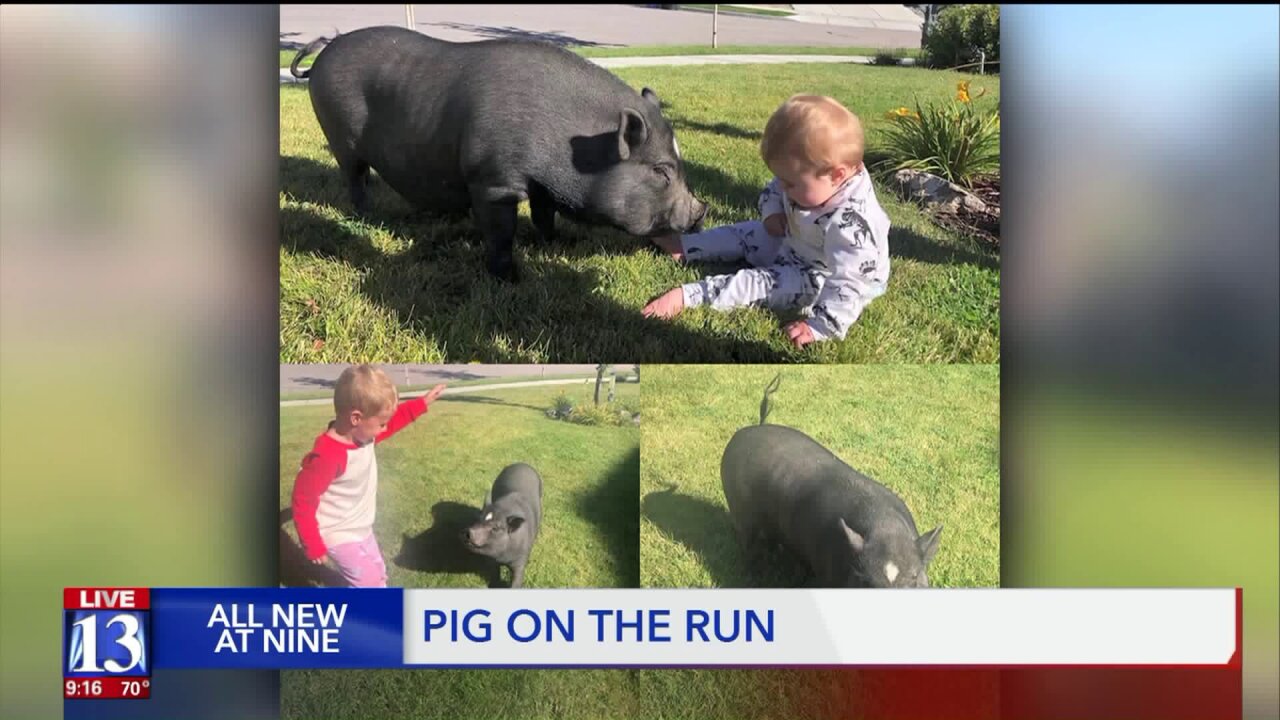 HERRIMAN, Utah — A local animal rescue needs your help to bring a pot-bellied pig home after the animal went "hog wild" roaming the streets of Herriman.

When a pot-bellied pig made an appearance in Herriman neighborhoods, it was like something out of a nursery rhyme — except this little piggy was going wee, wee, wee, all over Herriman.

“Anyone missing a little pot belly pig?” a Facebook user said as they shared a few snapshots of the pig trotting across a lawn.

Spotted in people’s driveways and yards — the pig even made a few new friends while she was hamming it up around town.

“He’s just hanging out,” another Facebook user posted a photo of the pig with her kids. “My kids almost convinced me to keep it,” she said with a winking emoji.

“If anyone is looking for a pig, it’s being taken to Ching Sanctuary,” another Facebook user posted alongside a few pictures of the pig sniffing out a mailbox and hanging out in a driveway.

That’s where Fox 13 found her.

“Someone obviously lost their pig, she got out of the yard,” said Faith Ching, the executive director for Ching Farm Rescue. “My volunteers went and brought her here, so she’d be safe.”

“It’s a very makeshift area, we just put her in here because we don’t expect her to be here long,” Ching said as she opened the gate to an area set up for the pig, complete with food, water, a kennel and blankets.

No one knows where she came from or how she got out, but we can speculate.

“She’s strong,” Ching laughed as the pig lifted up the 60-pound gate with its snout and started to dig down into the rocks and dirt.

“She goes, ‘where is my family?’ I know, they’re going to come and get you,” Ching said as she admired the little pig.

Ching said they will take care of her until her family can come and get her. If you have any information that could help reunite the pig with her owners, contact Ching Farm Rescue via email at faith@chingsanctuary.org or send them a message on Facebook.