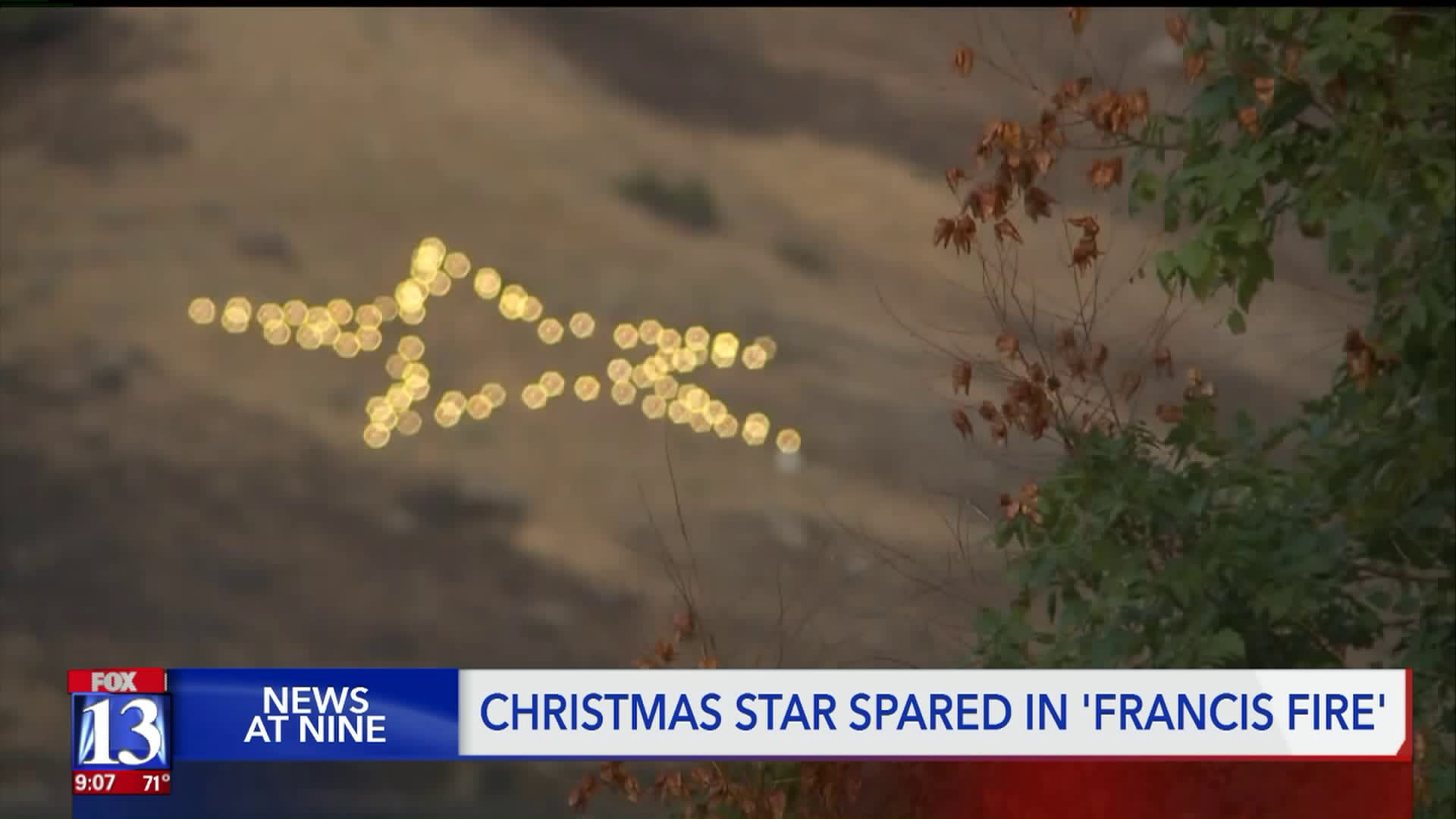 It was a Christmas miracle in September. 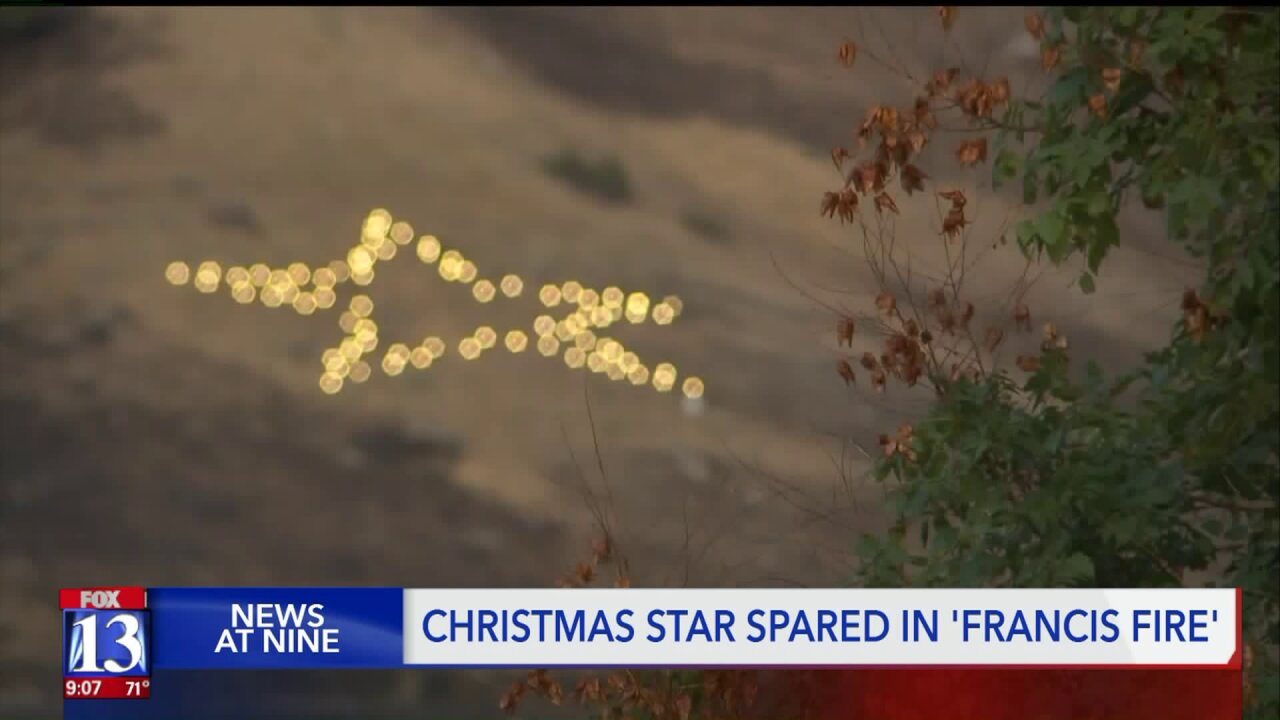 KAYSVILLE, Utah — A popular landmark sits undamaged, in the middle of the burn scar left by the Francis Fire.

Since the early 1960’s a large star constructed out of lightbulbs and steel has shined every year at Christmas time on the side of a Kaysville mountain.

As the Francis Fire burned out of control on Monday, those who maintain the star worried years of tradition would go up in smoke.

“I saw it was pushing it to where the star was,” said Jeff Dunford, who has helped maintain the star for nearly 40 years.  “We thought there’d be some kind of damage.”

As the smoke cleared, from a distance it appeared the star escaped the path of the flames, but there was no way to be sure it still worked without hiking up the mountain to test the bulbs and generator.

Dunford and Kaysville mayor Katie Witt made the trek to the star on Wednesday, and with one turn of a knob, the generator powered on, lighting the star.

“It’s black right up to the conduit and then on the other side of the conduit nothing so, its a miracle,” Witt said.

To honor the firefighters who put themselves in danger to fight this wildfire, Witt kept the star lit through Wednesday night.

The community is thankful this important symbol survived a dark day.

“You can look up and see the star and it brings us together,” Witt said.

“The more I’ve done it, the more I realized how many people it’s important to,” Dunford said.

Even more importantly, everyone is grateful firefighters were able to prevent the fire from destroying homes or causing any injuries.