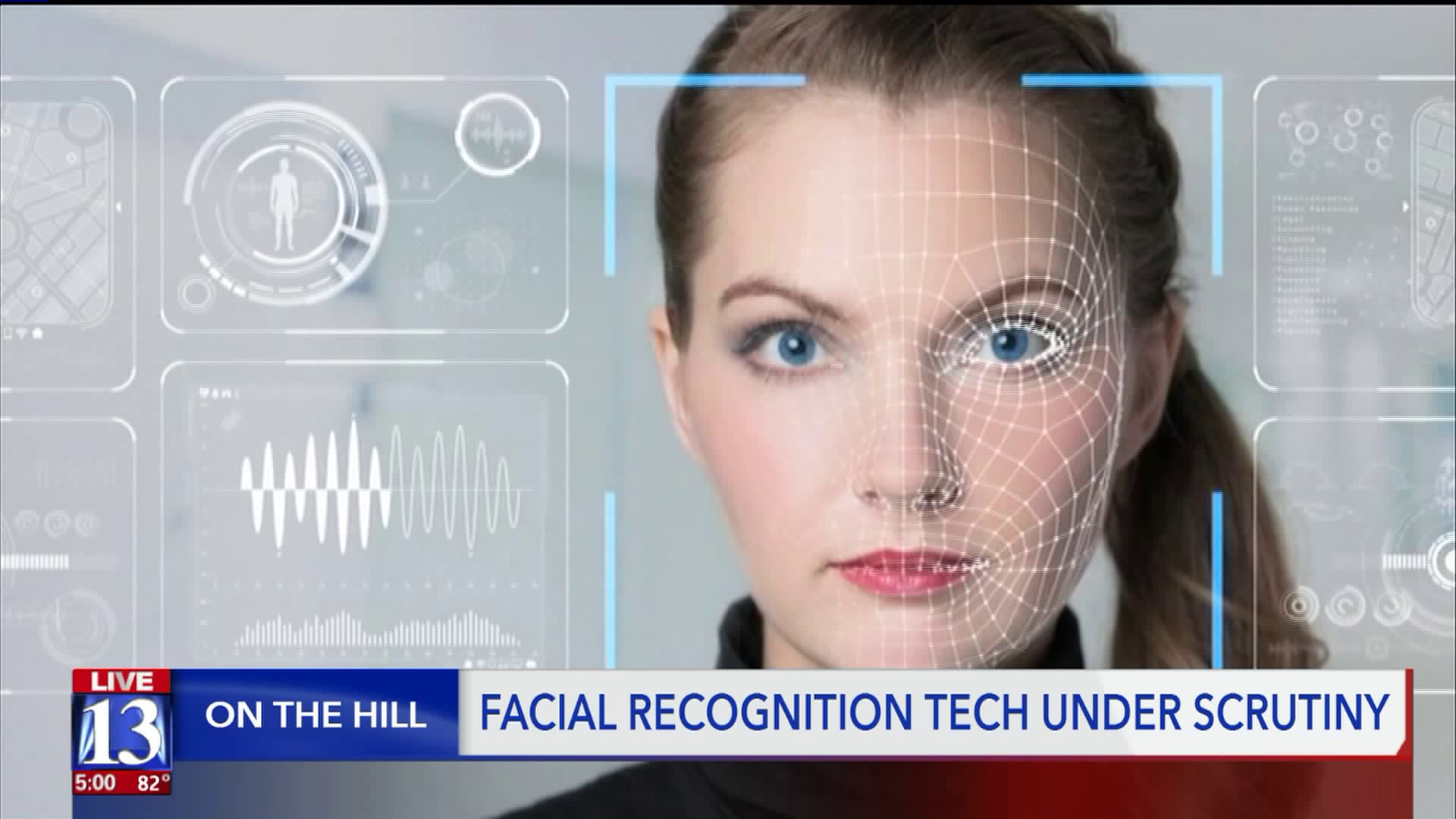 The Utah Department of Public Safety faced more scrutiny over its use of facial recognition technology on citizens and sharing that info with federal authorities. 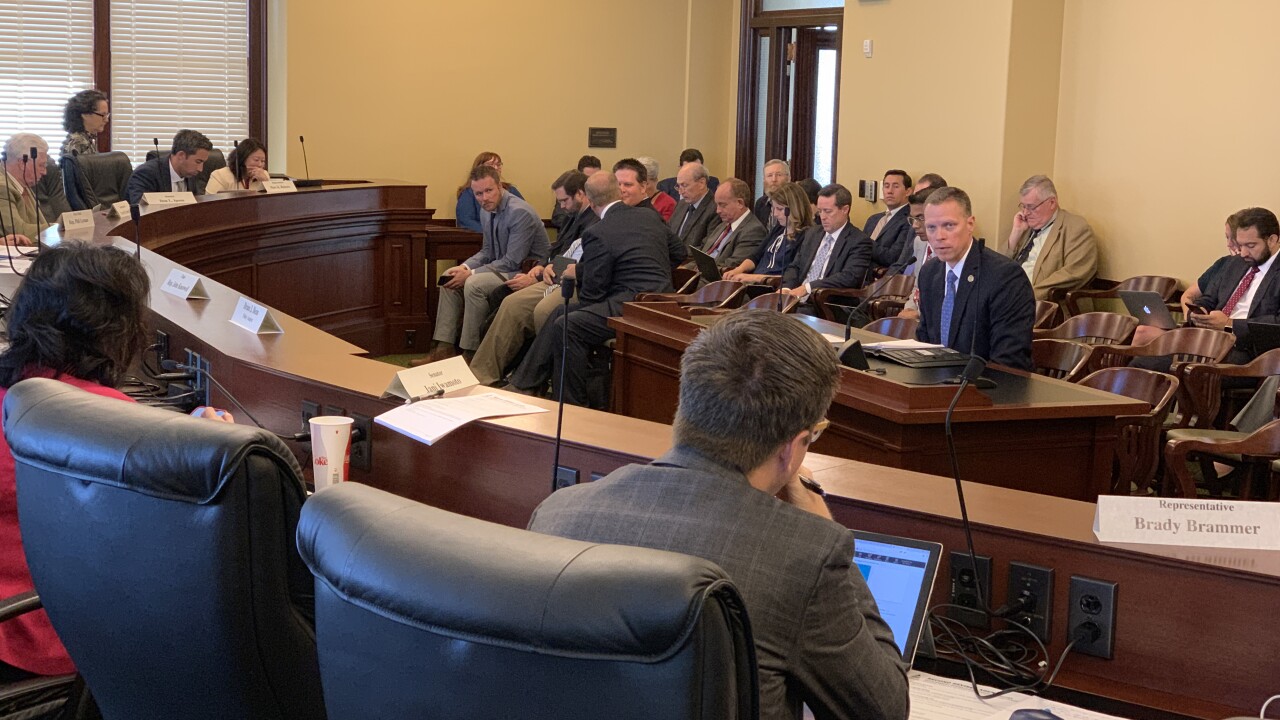 SALT LAKE CITY -- The Utah Department of Public Safety faced more scrutiny over its use of facial recognition technology on citizens and sharing that info with federal authorities.

The disclosure of the system by Georgetown Law's Center on Privacy and Technology, reported on by FOX 13 earlier this year, has prompted alarm from lawmakers concerned about privacy rights. At Wednesday's hearing, the Government Operations Interim Committee grilled Utah DPS Commissioner Jess Anderson about it.

The facial recognition system has been in place since 2010, scanning driver license photos to find a wanted person. When federal agencies like the FBI or ICE ask for it, the state will run a search and an analyst in the Statewide Information and Analysis Center will verify the return images and then provide any positive matches to the law enforcement agency.

But Commissioner Anderson insisted that it was for criminal investigations only.

"There is a crime that has occurred. There is an investigation that is happening," he told the committee.

Those include violent crimes and drug trafficking. Commissioner Anderson insisted the system was not used for immigration agents to "round everyone up."

But members of the committee were troubled by the fact that every single Utahn with a driver license or student learning permit has had their face scanned repeatedly to search for one person. The federal government was the biggest user of the system, more than 80% of the time.

Committee Chairman John Knotwell, R-Herriman, pointed out there were no laws regulating this -- just a DPS policy and some agreements between the federal government and the state.

"Children's faces? Minors' faces are being searched as part of the database?" Rep. Suzanne Harrison, D-Draper, asked about student permits.

Sen. Jani Iwamoto, D-Salt Lake City, said she was troubled by the system's inherent problems in identifying women or minorities. Rep. Marc Roberts, R-Spanish Fork, said there could be cases of mistaken identity in using the system to search for one person.

Commissioner Anderson insisted there are controls in place, but Harrison Rudolph with Georgetown Law's Center on Privacy and Technology called for a "pause" on use of facial recognition technology.

"A pause is generally ideal because the technology is so dangerous," he told the committee.

Harrison said Utah has no regulation.

"Right now, DPS is using no legal standard. That’s below probable cause. It’s below reasonable suspicion. They can search anybody," Rudolph told FOX 13 outside the hearing.

The issue has united right, left and libertarian-leaning lawmakers as well as disparate groups on Capitol Hill. The ACLU of Utah, Libertas Institute and the Utah Eagle Forum all supported regulation.

"For this to not be overseen by the legislature? It's not appropriate," said the Utah Eagle Forum's Maryann Christensen.

Commissioner Anderson told the committee that DPS was drafting new rules and memorandums with the federal government over information sharing and adopting some of the recommendations Georgetown Law made.

"Any sort of bias or any sort of civil rights are not violated. We share that same concern. We always have," he told FOX 13 after the hearing. "We do not want to violate anybody's rights."

Still, members of the committee felt it necessary to open a bill file for legislation to regulate the use of facial recognition tech. Rep. Knotwell said it was appropriate for at least a "pause" to be issued on DPS's use of the technology.

"In that investigation of a bill file, if they could also look at future technologies and what happens when there's new technologies that come about," said Rep. Karen Kwan, D-Taylorsville.

Utah DPS has faced additional criticism from lawmakers over its other uses of technology. The state has entered into an agreement to use Banjo, which is a near real-time artificial intelligence surveillance system designed to anonymize data from traffic cameras, social media posts and other sources of info and alert authorities to emergencies. Some lawmakers have called it "North Korea-esque" and "NSA Utah."

"I think we're taking the right steps in order to get everybody to feel comfortable with it," Commissioner Anderson told FOX 13. "I'm OK with that. If that causes us to slow down for just a minute, that's good."