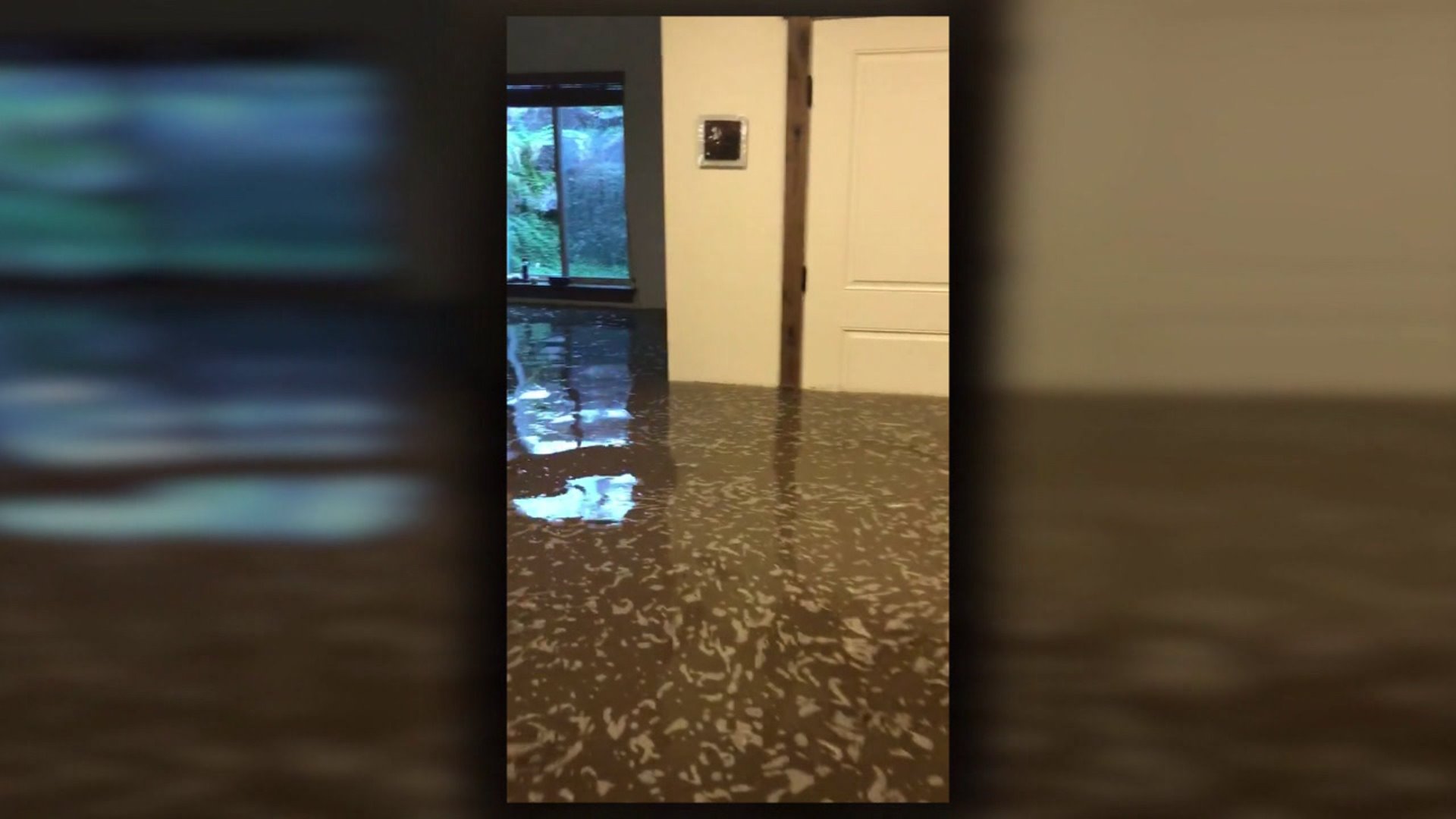 Homeowners across Cottonwood Heights say the city has refused to pay for damage to their homes caused by a storm last August. They blame a storm drain system that the city at one point at one point said may not have been up to code. 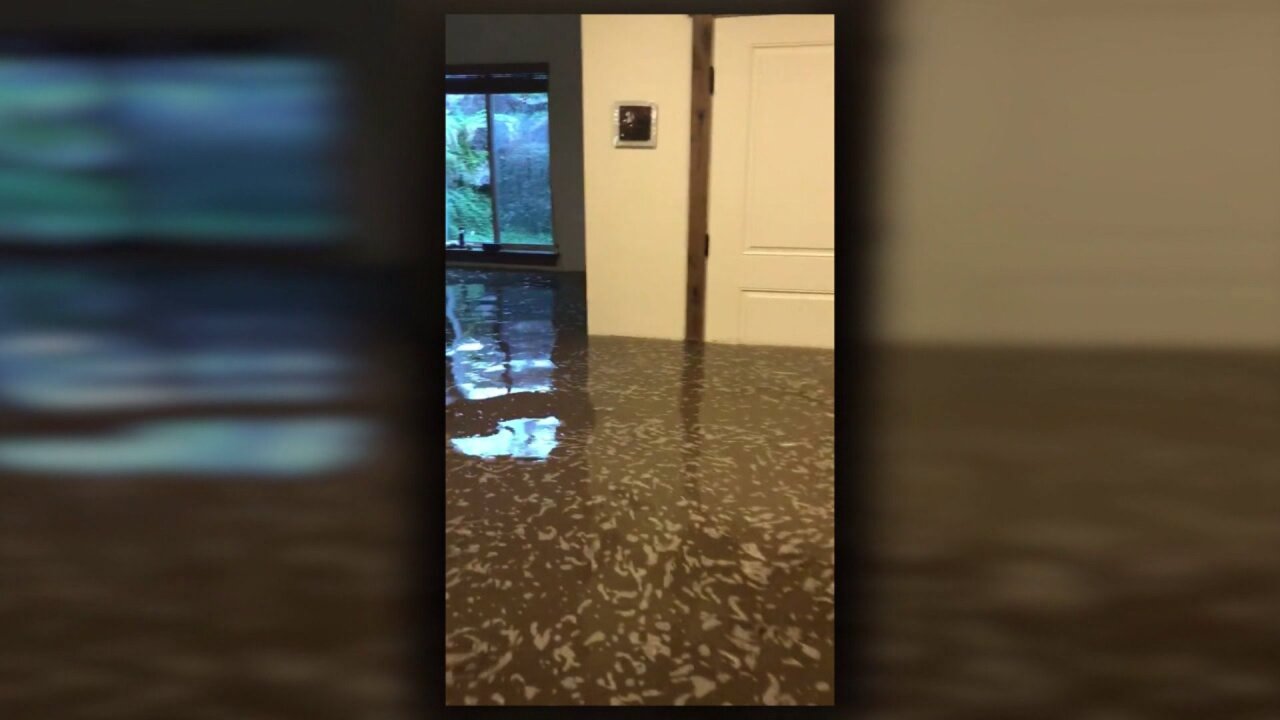 COTTONWOOD HEIGHTS, Utah — Homeowners across Cottonwood Heights say the city has refused to pay for damage to their homes caused by a storm last August. They blame a storm drain system that the city at one point at one point said may not have been up to code.

John McEntire said the flooding to his home on August 8 would have killed his grandkids if they were playing in the basement, where they often watch television and spend the night.

"The force of that water. It was -- it was extreme!" McEntire said.

A few miles away, another homeowner felt the same way.

Rex Leetham took video of the water pouring into his basement window that shattered from the force.

"33,000 gallons of water were pumped out," Leetham said. "Our claim was officially denied by telephone on Saturday, September 7."

Leetham said an agent with Travelers Insurance, representing Cottonwood Heights, offered him a $7,000 settlement to release the city of all liability. The company valued his belongings at about $91,000, he said.

Cottonwood Heights has maintained that all claims, including those filed by McEntire and Leetham, are still "not finished or resolved."

McEntire and Leetham both said they received denials over the phone, but have not yet received a denial in writing.

"The city doesn't even know if their system meets code," Leetham said. "How can they deny when they don't even know what the capabilities of the system are?"

FOX 13 asked for a copy of any public records pertaining to the specifications and capabilities of the city's storm drain system.

Paula Melgar, the city recorder for Cottonwood Heights, said she was unable to locate any responsive records because they were never handed over by Salt Lake County when Cottonwood Heights became its own city in 2005.

At the time, a spokesperson for the city told FOX 13 that Cottonwood Heights did not know if its storm drains were up to code.

Kade Moncur, the director of public works for Salt Lake County, said all applicable records were handed over.

"When Cottonwood Heights incorporated in 2005, we would have made available all information we had on the storm drain system," Moncur said. "In all reality, this issue really is not a Salt Lake County issue... If it’s a public utility line, a storm drain utility line, then it would be up to the municipality to make sure it was functioning correctly."

Moncur added that nobody from Cottonwood Heights had reached out to ask for copies of the records that might still belong to Salt Lake County, even though it's doubtful the county would keep records for a city that incorporated 14 years ago.

Tim Tingey, the city manager for Cottonwood Heights, did not have an explanation for the missing storm drain records.

"The records, we don’t have at this point, and I don’t know," Tingey said. "He said that he handed them over. I’m not sure where they’re at, because we don’t have those."

Tingey went on to say that the city is aware of the location and size of all storm drain pipes within the city. Aside from that, Cottonwood Heights is now hoping to hire an engineer to do a full investigation of the storm drain system and recommend improvements.

"I was baffled when I heard the city did not have any records or documentation," Leetham said.

The pipes within Cottonwood Heights should be fit to handle a 10-year storm, Tingey said. A "10-year storm" is a storm that only has a one in ten chance of happening every year.

The standard is set by the National Weather Service.

"Our area was definitely more than a 10-year storm," Tingey said.

FOX 13 obtained rainfall data from the National Weather Service, showing there was only 0.28" of precipitation during the storm's peak in Cottonwood Heights, from 5:00 p.m. until 8:00 p.m. According to NWS guidelines, that amount of rainfall would not even meet the requirements for a one-year storm.

"Our data is different than what you have," Tingey said. "It was probably closer to — potentially closer to a 100 year storm."

Cottonwood Heights is using data from a website called "Weather Underground," which allows homeowners to collect and share their own data. At least one collection site shows up to an inch of rainfall in just a 10 minute window, which would meet the standard for a 100-year storm.