Four are dead and more than a dozen have critical injuries

GARFIELD COUNTY, Utah -- Four people were killed and more than a dozen suffered serious to critical injuries in a crash involving a tour bus on State Route 12 near Bryce Canyon Friday.

Garfield County Sheriff James Perkins said the bus was carrying tourists from China and had about 30 people aboard when it went off the road at about 11:36 a.m. Friday.

Everyone else on board was injured ranging from serious to critical and taken to hospitals in the area.

Most were taken to Garfield Memorial Hospital in Panguitch, where many were rushed to larger hospitals in St. George and Provo for more extensive treatment. Some were flown, some taken by ambulance.

At the latest report, Intermountain Healthcare officials told Fox 13 that 10 had been discharged from Panguitch and Richfield hospitals.

“I personally didn’t see anyone who didn’t have some sort of injury," Garfield County Sheriff Danny Perkins said. “It was a horrendous accident."

Perkins says most of the people injured were in the back of the bus — when the driver lost control and the bus rolled over the guardrail.

The driver suffered bumps and bruises and is being questioned by investigators, Perkins said. They are trying to determine what caused him to lose control.

The major crash in rural Utah was complicated by a language barrier. But Mike Sarels, a volunteer firefighter from Panguitch, learned Mandarin Chinese on his Latter-day Saint mission to Taiwan in the 1980s and was able to help.

“I was in the ER going between the different beds," he said, "helping the doctors understanding where it hurt, what was wrong."

For hours, he was the only translator for the injured Chinese tourists.

"I am just really glad to be able to help. I am glad I’ve been trained to help people, and I’m glad I had a little extra language skill today to help people who couldn’t speak our language," Sarels said.

The details we are learning from the bus crash aftermath are horrific and heartbreaking. People near the crash tell me Good Samaritans consoled tourists crying over deceased loved ones, even with no way to communicate because of language barrier. @fox13 (📸 Garfield Co Sheriff) pic.twitter.com/Nmc3FYZNQg

My heart sank when I heard the news that a tour bus crashed near Bryce Canyon. I grieve with all who lost loved ones in this crash and I'm grateful for the quick work of first responders, as well as all those who are volunteering to act as translators.

Chinese Embassy in the U.S. tweeted:

We are saddened to hear about the accident in Utah involving a bus carrying Chinese tourists. We are thankful to authorities in Utah for their assistance. The Embassy has initiated its emergency protocols, sent personnel to the area, and will assist the victims as needed.

We join all Utahns in praying for the victims of this tragedy and their friends and family. We welcome those who come to this great State to enjoy the magnificent natural beauty from around the world. Such wonders are especially attractive to those from China where veneration of nature is a fundamental belief. Thousands of visitors from Asia visit our state every year. The Asian Association of Utah stands ready to provide assistance and support as need and available. 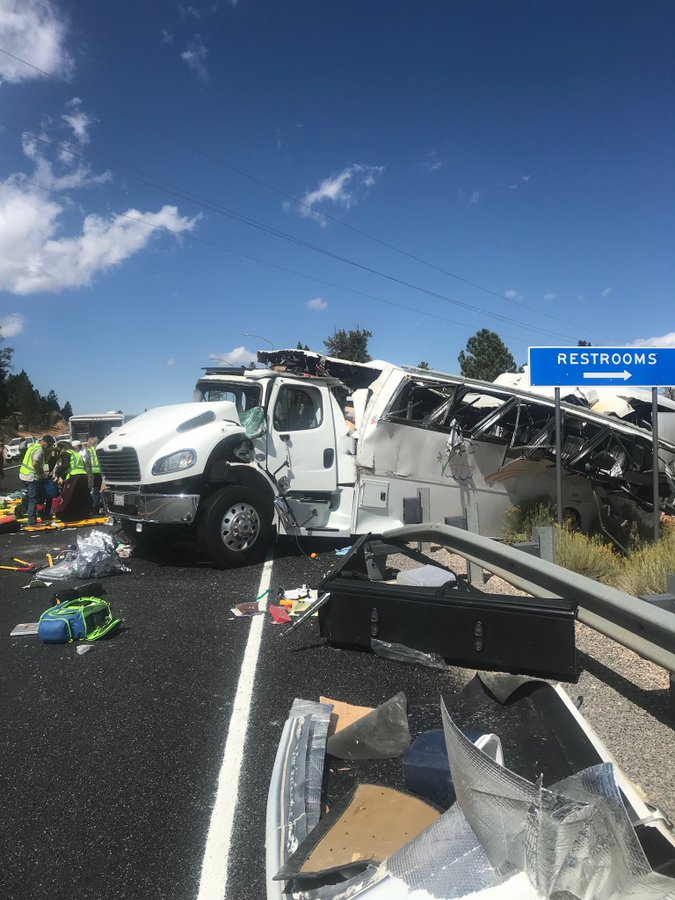