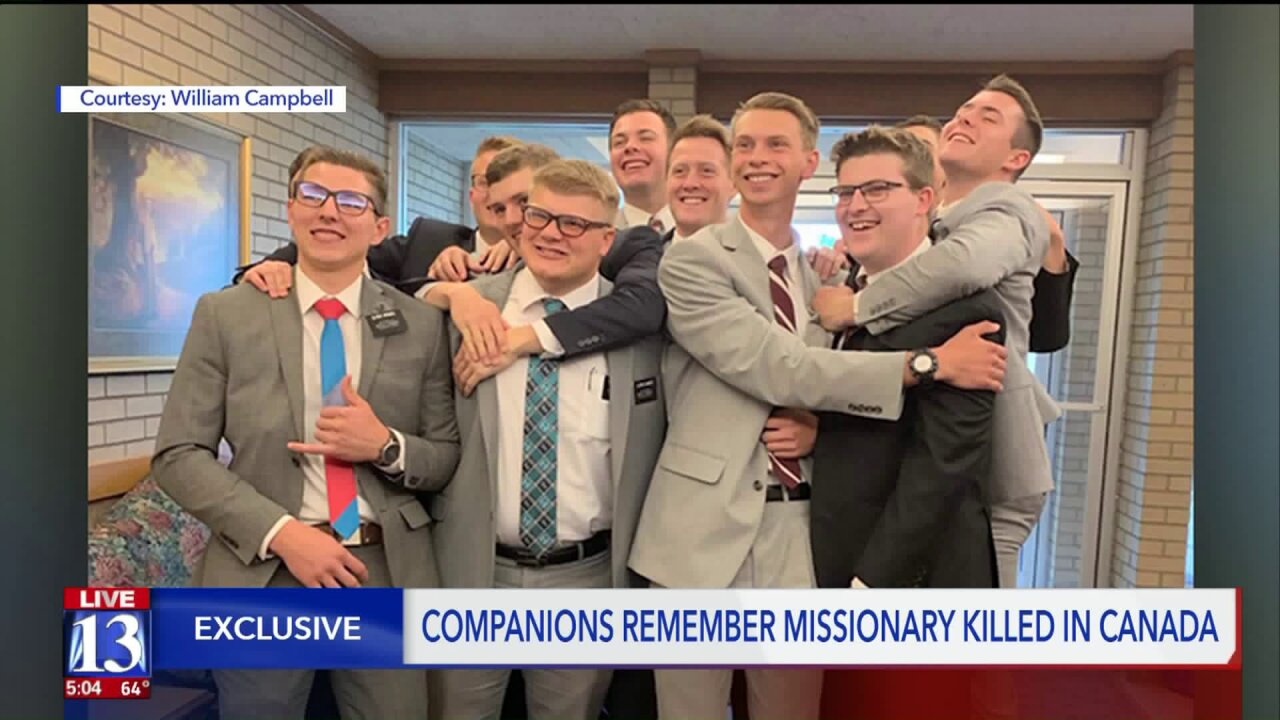 SALT LAKE CITY — A group of returned missionaries from The Church of Jesus Christ of Latter-day Saints were shocked when they learned about the car accident last week that killed one their fellow elders and critically injured another.

“You hear about it in other places, but there’s this thought of: 'Not my mission,'” said Jaxon Garlitz, who returned home four weeks ago from the Canada Vancouver Mission. “'Not where I served, not the people I know.'”

Garlitz was companions with Elder Dallin Thompson just before returning. When Garlitz left, Thompson was paired with Elder Bryant Keck.

Keck and Thompson were in a car accident last week — Elder Keck lost his life later in the hospital.

“My mom got to see her missionary come home, and his mom would not have that same experience," Garlitz said. "Her son would be coming home in a casket."

Elder Thompson is still hanging on to life in the hospital. While they wait for his recovery, Landon Richards, William Campbell and other returned missionaries remember the positive impact Elder Keck had on Canada, including on themselves.

Richards remembers Elder Keck’s energy and love for life— a moment, he said he caught on camera.

Elder Keck was eating ice cream one day, and it got all over his face

Campbell said in all the pictures he has of Elder Keck, there was a smile on his face that went from ear to ear.

“He’s one of the greatest friends I have,” Campbell said.

A hard worker, the three return missionaries said they knew Elder Kleck believed in the message they were sharing and spoke often about how he believed families are forever.

“It’s etched in my mind,” Campbell said. “I can still see him. I can see him saying those things. I can hear those words in my head, and that’s something I’ll never forget — the confidence he had and the knowledge he had about the next life.”

The family is working on getting Elder Keck back home to Colorado where they will hold a funeral for him next week.

A GoFundMe for the family has been set up.