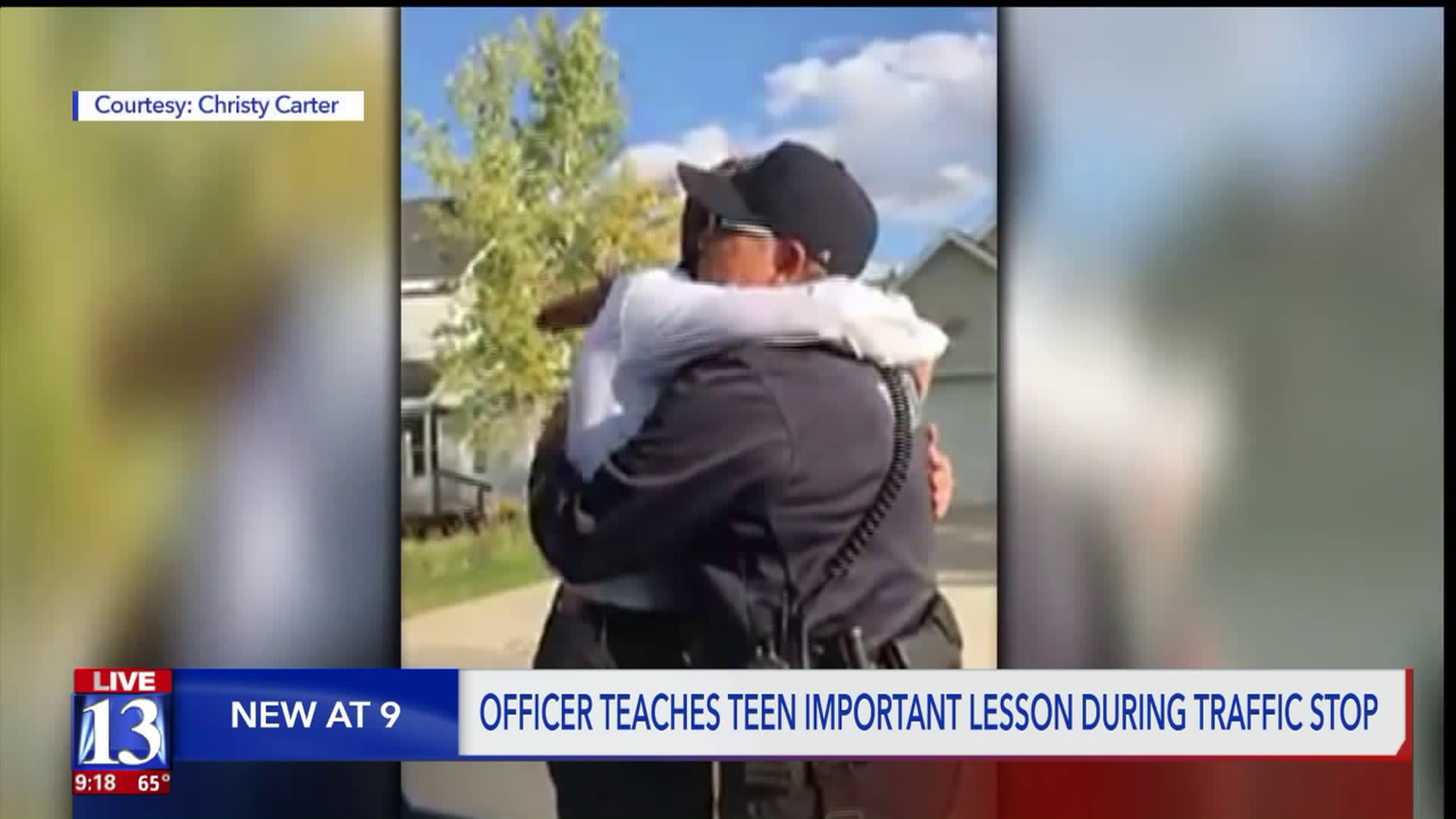 As video of a Park City Police officer teaching a teen how to tie a tie for homecoming goes viral on social media, the story behind the video is warming the hearts of thousands of people. 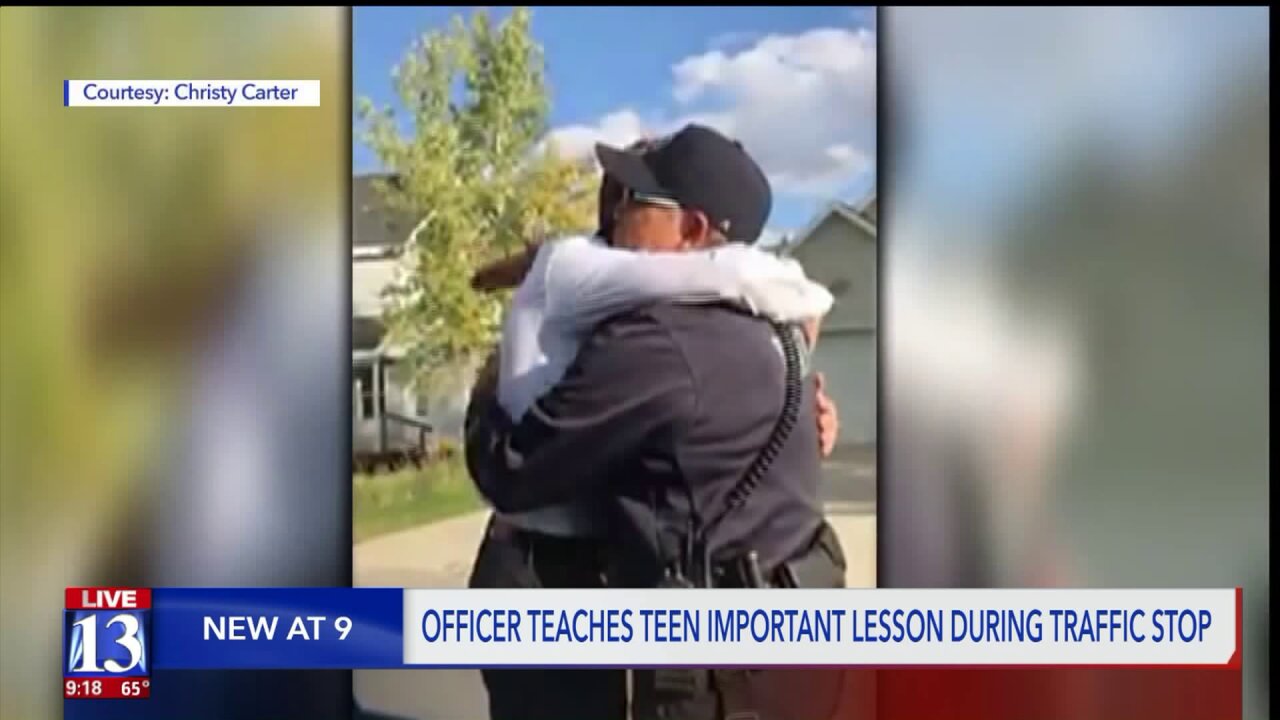 PARK CITY, Utah — As video of a Park City Police officer teaching a teen how to tie a tie for homecoming goes viral on social media, the story behind the video is warming the hearts of thousands of people.

While the officer's good deed saved Jake DeLeo's day, it meant more than that officer could ever guess.

Most boys get a lesson on how to tie a tie at some point, but Jake didn't realize until last weekend that he hadn't really ever learned.

The 17-year old Park City High School senior was running late for homecoming pictures, and had no idea how to make a knot.

"I actually did Google a YouTube video," Jake said, with a chuckle.

His mom Christy Carter even tried to call two different friends to have them explain it over the phone, but the mom and son said they still couldn't figure it out.

Meanwhile, Jake's homecoming date and other friends were all waiting on him.

Flustered and feeling the pressure, Christy raced to her friend's house nearby in hopes they could tie Jake's tie for him.

On the way, she didn't come to a full stop at a stop sign, and just their luck, Park City Police pulled them over.

"I'm feeling like, A) I didn't know how to tie a tie to help him, and B) I now am adding to his stress," Christy said.

Senior Officer Mike Carrillo could sense something was up, and said it was clear Jake was stressed.

"He was upset," Carrillo said. "I didn't think that giving his mom a citation was going to help issues any."

Carrillo learned why the pair were in such a hurry, and Jake asked if the officer knew how to tie a tie.

He did, and it led to the officer teaching the teen on-the-spot.

Christy pulled out her phone and took a video of the tie-tying lesson.

"It's not every day you have a police officer tying your tie for homecoming, Jake," Christy can be heard saying in the video.

As Carrillo made that Windsor knot, he didn't know why Jake hadn't learned. It wasn't until a couple of days later when Christy posted the video, that he found out.

"Everybody learned from their dads, or whatever," Jake said.

Christy is a single mom, and got emotional as she explained how she was feeling like she couldn't fill both roles in that moment.

"I'm a pretty can-do single parent and he's a very independent kid who knows a lot on his own," Christy said. "So when he does need help, it's not very often."

Through this small gesture, Officer Carrillo filed a huge role.

"To make an impression on someone's life — I'm always wanting to help people," he said. "So it hit home for me."

Now, Jake knows how to tie a tie.

Though for him, the real lesson went beyond the perfect Windsor.

At the end of the video, after Officer Carrillo ties the tie, he goes to shake Jake's hand.

"Am I allowed to give you a hug?" Jake asks.

They hug, and Jake went on to make it to homecoming pictures, dinner and the dance — all with a neat story he'll never forget.