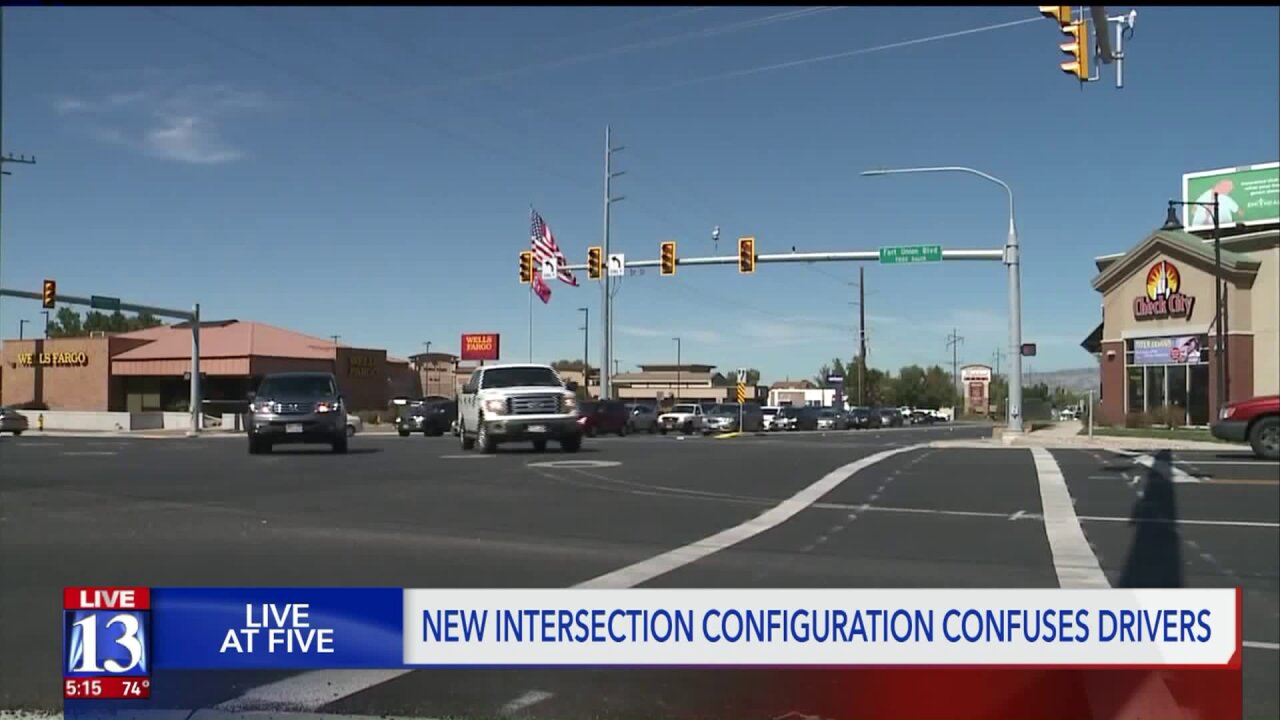 Tolman doesn’t hold back, especially when she’s driving through the intersection four times a day.

“Can you put it back?” Tolman asked.

The intersection previously had three lanes each way. Crews removed one of the lanes and gave it to left-turning drivers. With just two lanes, drivers told FOX13 it takes even longer to get through.

“I appreciate what the city is doing,” Wendy Powell said. “I appreciate they are trying to make things better, but I don’t know if the congestion has lessened.”

But the city believes it's for the best.

While the $5.5 million project looks finished, he says it isn’t. The city still wants to add new lane striping and sync the stop lights.

“Just give us a little more time and things will be better,” Tingey said.

The project also added an exit-only lane for the I-215 westbound on-ramp. It is expected to be finished in the next few weeks, according to Tingey.