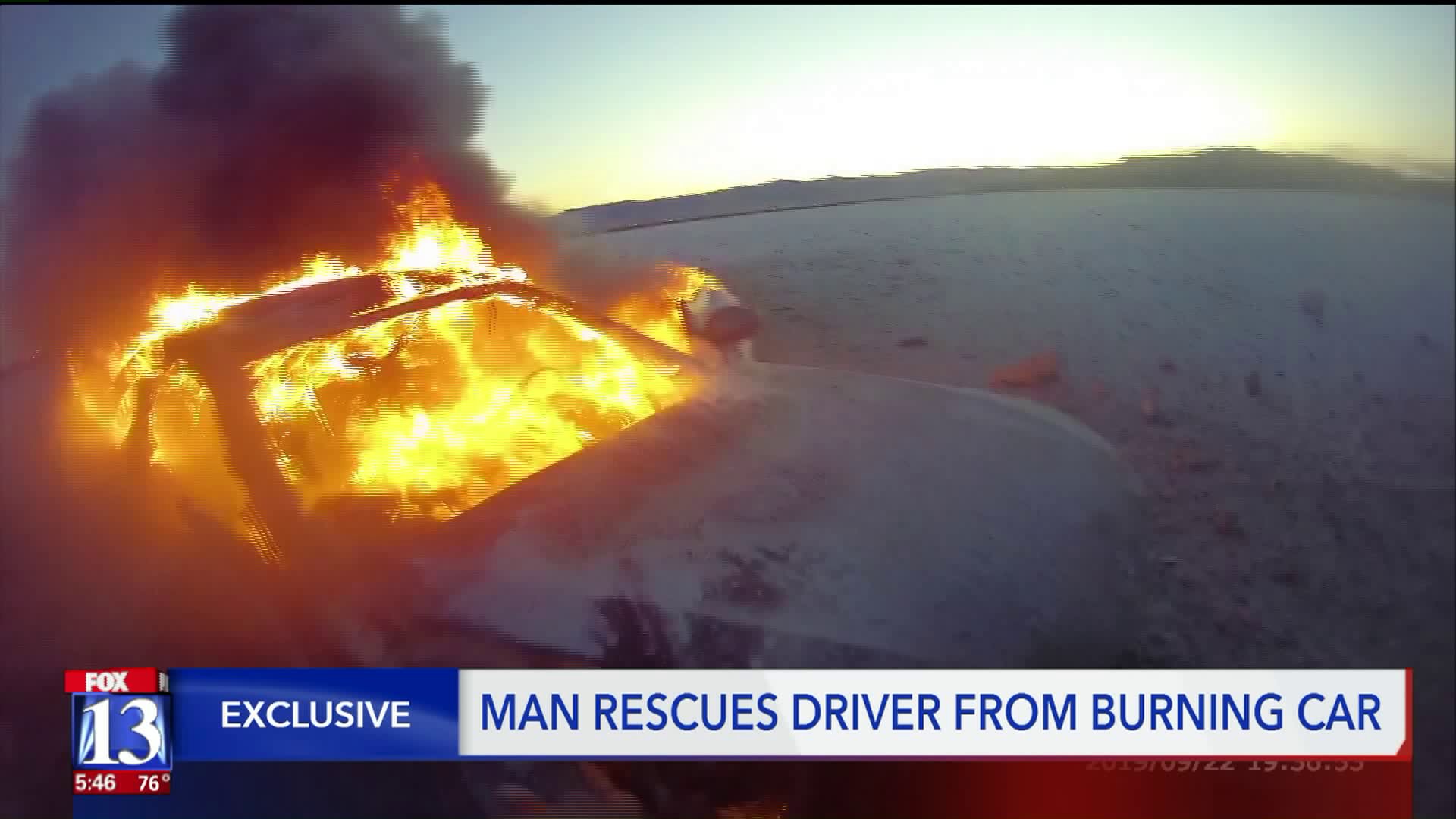 A driver owes his life to a stranger after his car caught fire on the Salt Flats near Wendover. 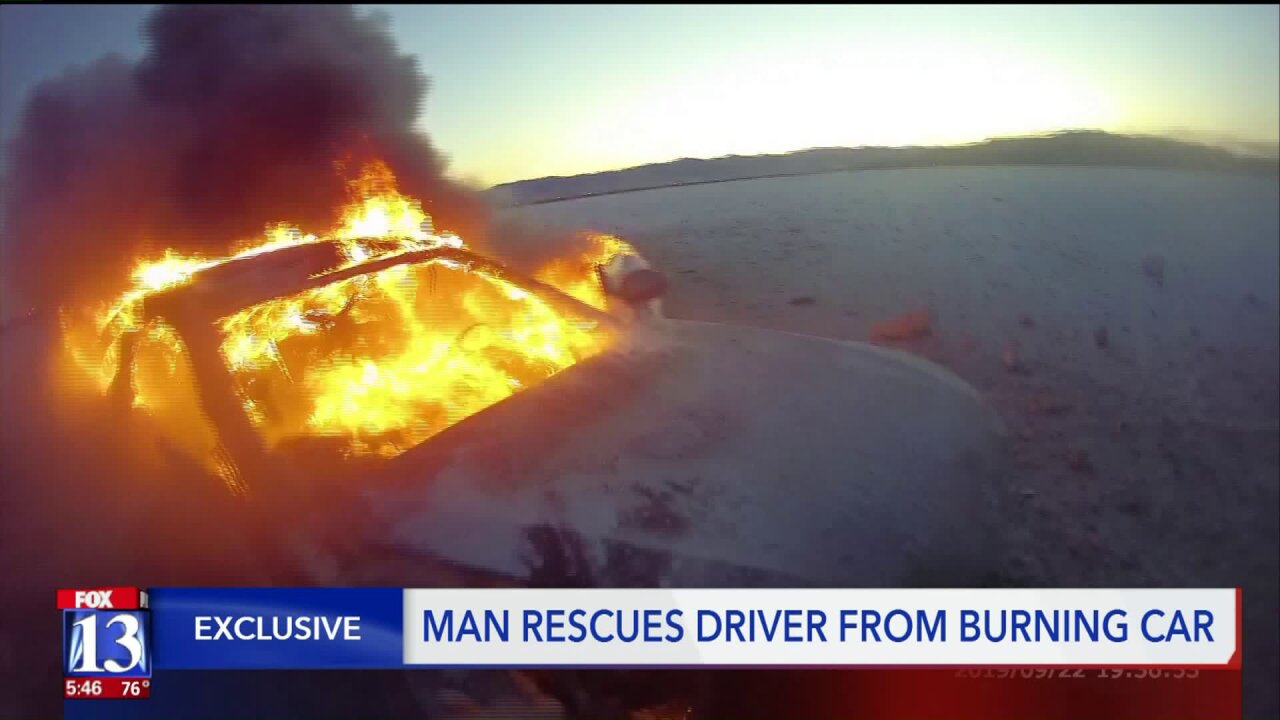 WENDOVER, Utah — Caught on camera: two Wendover Police officers responded to a 911 call of a man in a car accident, finding his car engulfed in flames.

The driver was standing next to the man who saw the crash and rescued him.

Daniel Lewis was driving Westbound on I-80 towards Elko Nevada when he watched the driver speeding across the Salt Flats.

“I never saw brake lights or anything,” said Lewis. “Just watched him hit at that berm and the car went flying in the air.”

Pulling over, Lewis called 911 as the hood of the car caught fire. Running to his truck, Lewis pulled out his fire extinguisher, attempting to put out the flames.

“The adrenaline was running pretty heavy and I just ran in there without thinking, to be honest,” said Lewis.

Putting the driver’s arms around his shoulders, Lewis walked him about 60 to 70 feet away from the fire when the driver said his girlfriend was in the back seat.

Running back to the car, Lewis couldn’t find anyone in the flames — moments later, Officer Nicholas Francis and his fellow officer arrived.

“If she was in that car she would not be here with us today, because the flames were so intense, the heat was so intense,” said Officer Francis.

With little fire training, Officer Francis said they were frantically trying to see if the driver’s girlfriend was still in the car.

Eventually, they found the driver’s girlfriend in another car, the driver had been out racing with his friends on a portion of the Salt Flats that was too sandy for what they were doing.

No lives were lost because of complete strangers — whether in uniform or not, ran to the rescue.

“I always told myself if I ran across the situation like that,” said Lewis who struggled breathing for a few days following the rescue.

Officer Francis said he doesn’t wear his police badge to be called “a hero,” rather to save lives; he’s grateful that Lewis was in the right place at the right time.

“From Wendover police department, we do want to thank him for his act of courage for going out to that burning vehicle,” said Francis.