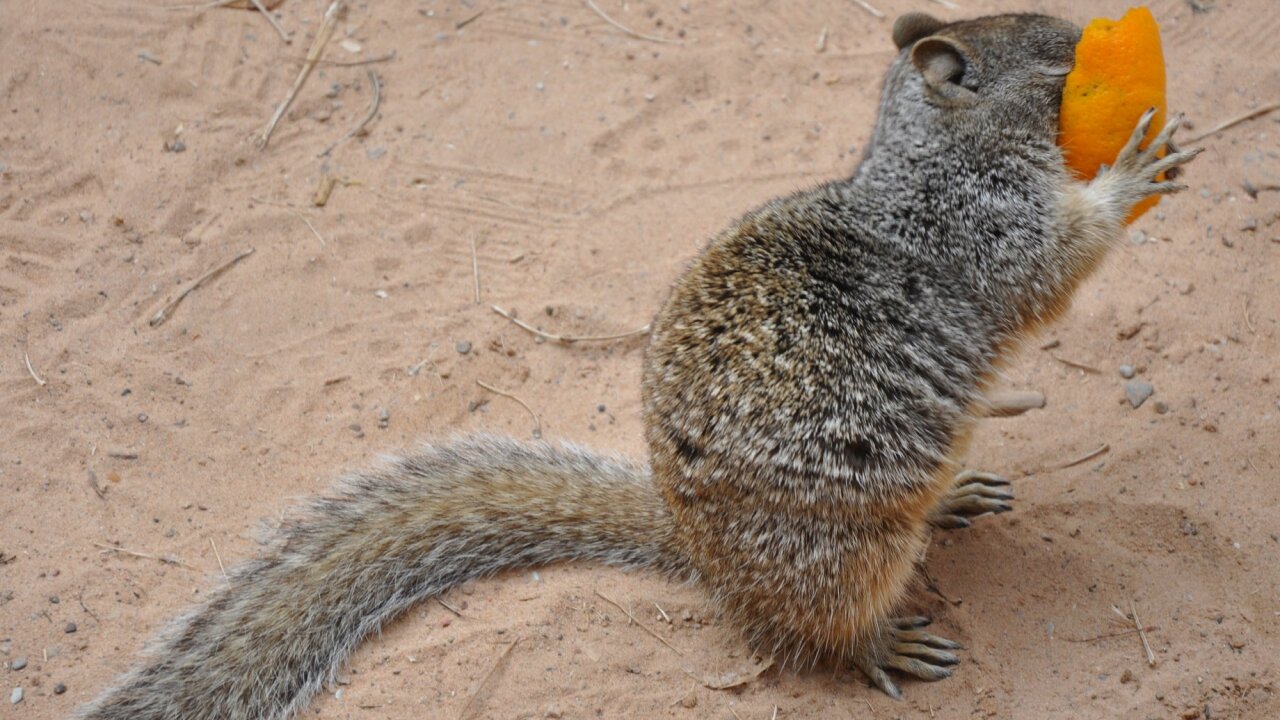 It turns out they do exist, and you can see some at Zion National Park.

“If you’ve ever hiked the Riverside Walk you know that we do have Rodents of Unusual Size, specifically overweight rock squirrels (Citellus variegatus). Their weight loss struggles are compounded by food waste litter and by people deliberately feeding them,” a Facebook post from Zion National Park said.

It may be tempting to feed wildlife at the park, but they gave a few good reasons not to do so:

1. Human food isn’t good for wildlife. It is often calorie-dense and nutrient-poor, meaning that animals can have full bellies but lack important vitamins and minerals that they need to thrive.

2. Feeding wildlife reduces their ability to fend for themselves which can have long-reaching consequences.