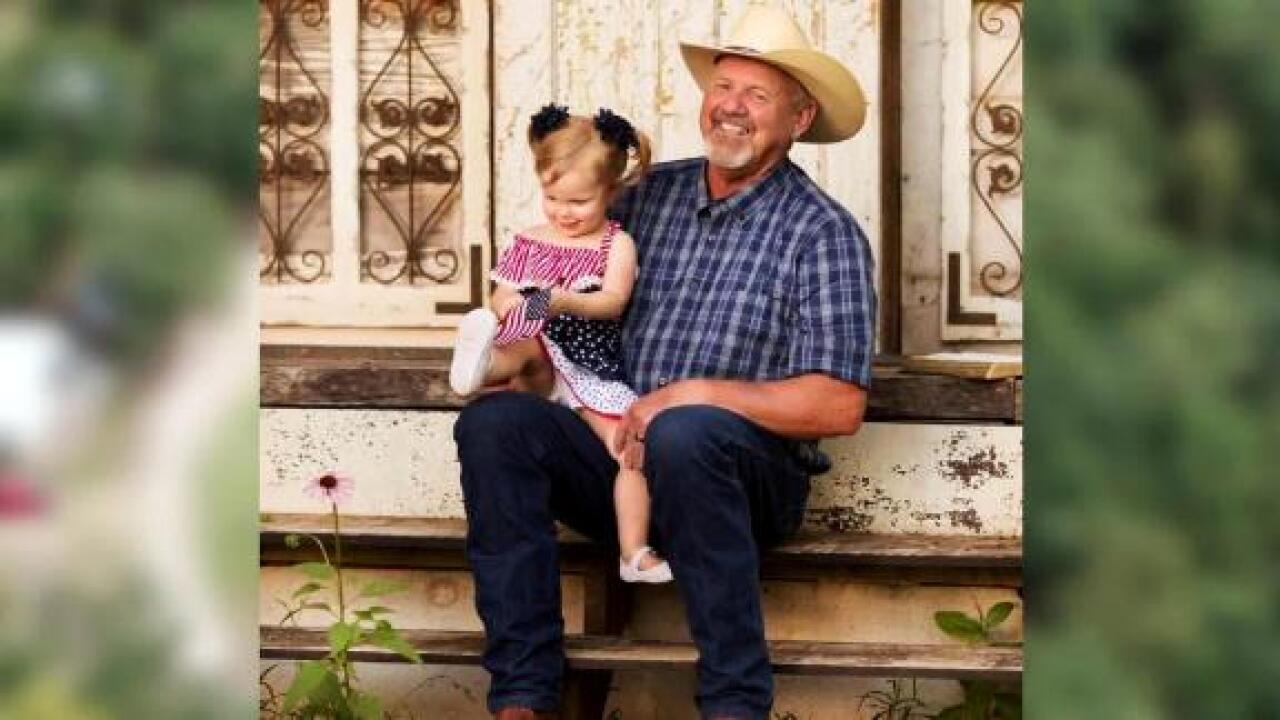 A Purple Heart recipient who fought in the Vietnam War sacrificed his life to save his 3-year-old granddaughter after the Oklahoma home they were in exploded, his son said.

Don Osteen, 69, died from from a heart attack during surgery on Monday after spending days fighting for his life, his son, Brendon Osteen, told CNN.

Brendon said his father was an Army veteran and was disabled in a grenade explosion during his service in Vietnam. “He was an old man who shouldn’t have been able to do what he did,” said Brendon Osteen.

Osteen’s 3-year-old granddaughter, Paetyn, was also severely injured, with 30% of her body covered in burns, according to Brendon, who is Paetyn’s father.

The explosion ripped through Osteen’s house in Maud, about 58 miles southeast of Oklahoma City, September 19 . Brendon said his dad was lighting a candle next to a stove when there was a powerful propane gas explosion.

Brendon said that before he died, Osteen told his wife, Brendon’s mother, that the roof had fallen on top of Paetyn. While he initially attempted to drive from the scene, his keys had melted to him and his phone had exploded in his pocket, Brendon said.

“After saving my daughter’s life, he then hiked up a driveway that goes a quarter of a mile through the woods and through and back up a steep creek bed,” Brendon said

According to a GoFundMe page set up by the family, Don Osteen suffered burns to 78% of his body. His injuries included a collapsed lung and broken ribs, and later he underwent extensive skin graft surgery. But he still managed to carry his granddaughter to safety.

Paetyn is “starting to heal emotionally and continues to heal physically” and anything that has not healed will be skin grafted in surgery, according to Brendon.

Brendon called his father a hero in a tribute to him on Facebook.

“He knew that he did his job by saving the life of his Boo Boo Chicken,” he said. “He loved my daughter beyond unconditionally. And he gave it all for her to live.”

Brendon said the house where the explosion happened belonged to his parents and brother, Kelby Moore. The house, along with all their belongings, were destroyed.