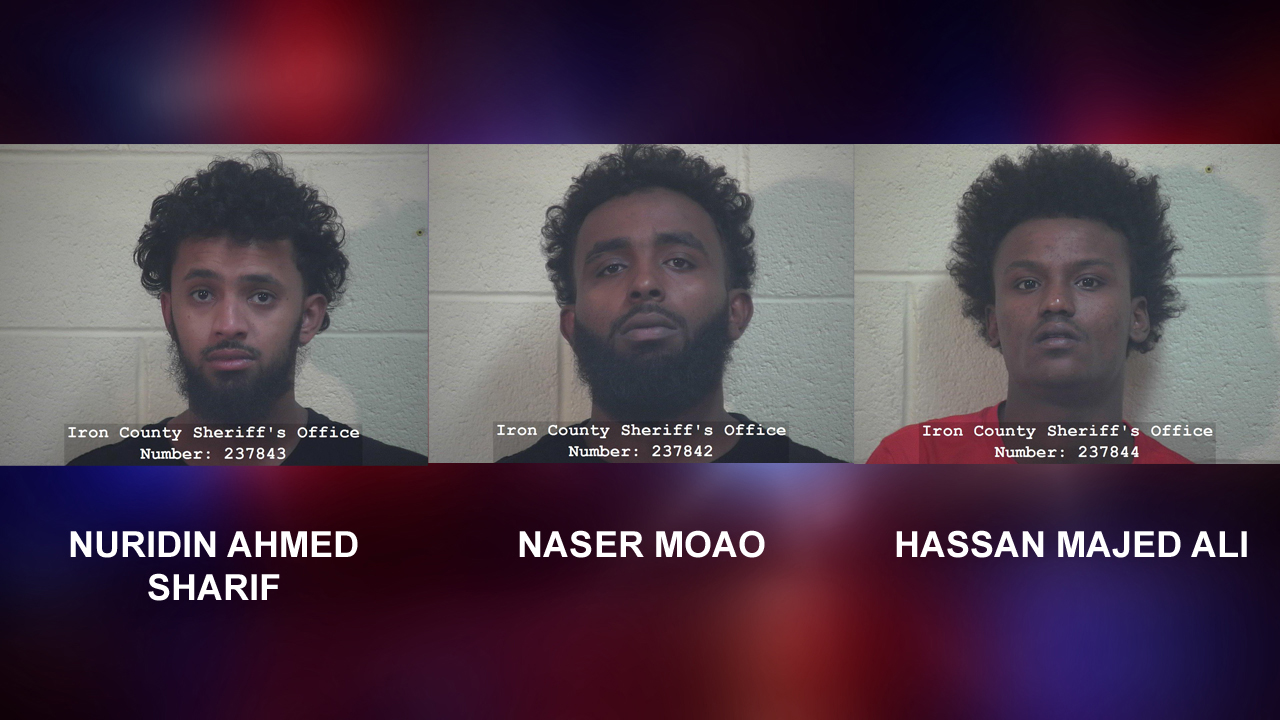 Naser Osman Moao, Nuridin Ahmed Sharif and Majed Ali Hassan were booked into jail after a trooper stopped Hassan for following another vehicle too closely.

When asked for identification, one of the men opened the glove box, grabbed a passport and quickly shut it. But the trooper observed multiple marijuana dispensary jars in the glove box, according to probable cause statements.

The trooper inquired if any of the men had medical marijuana cards, but none of them did.

Troopers placed Moao, Sharif and Hassan into custody and searched the SUV. When they looked in the rear cargo area of the vehicle, they found several boxes full of THC cartridges in plain view, the statements said. Investigators said they later counted 2,030 cartridges in all, and the cartridges were marked as marijuana products.

A search of the vehicle also turned up a bottle containing three oxycodone pills, the statements said.

“At the office, Moao said that the pills were his and that he uses them for his back. He further explained that he got them off the street,” the probable cause statements said.

Each man faces a felony charge of distributing, offering or arranging the distribution of a controlled substance.

Hassan, the driver, also faces infractions for driving without a license and following another vehicle too closely.