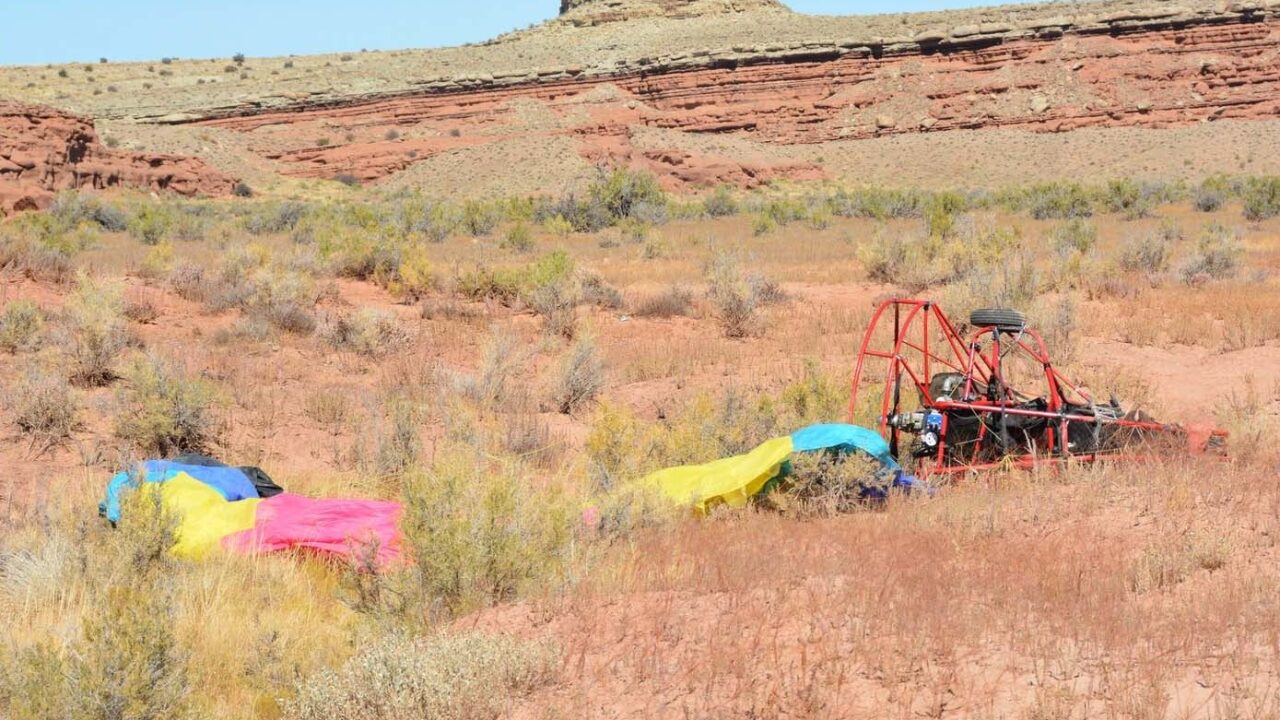 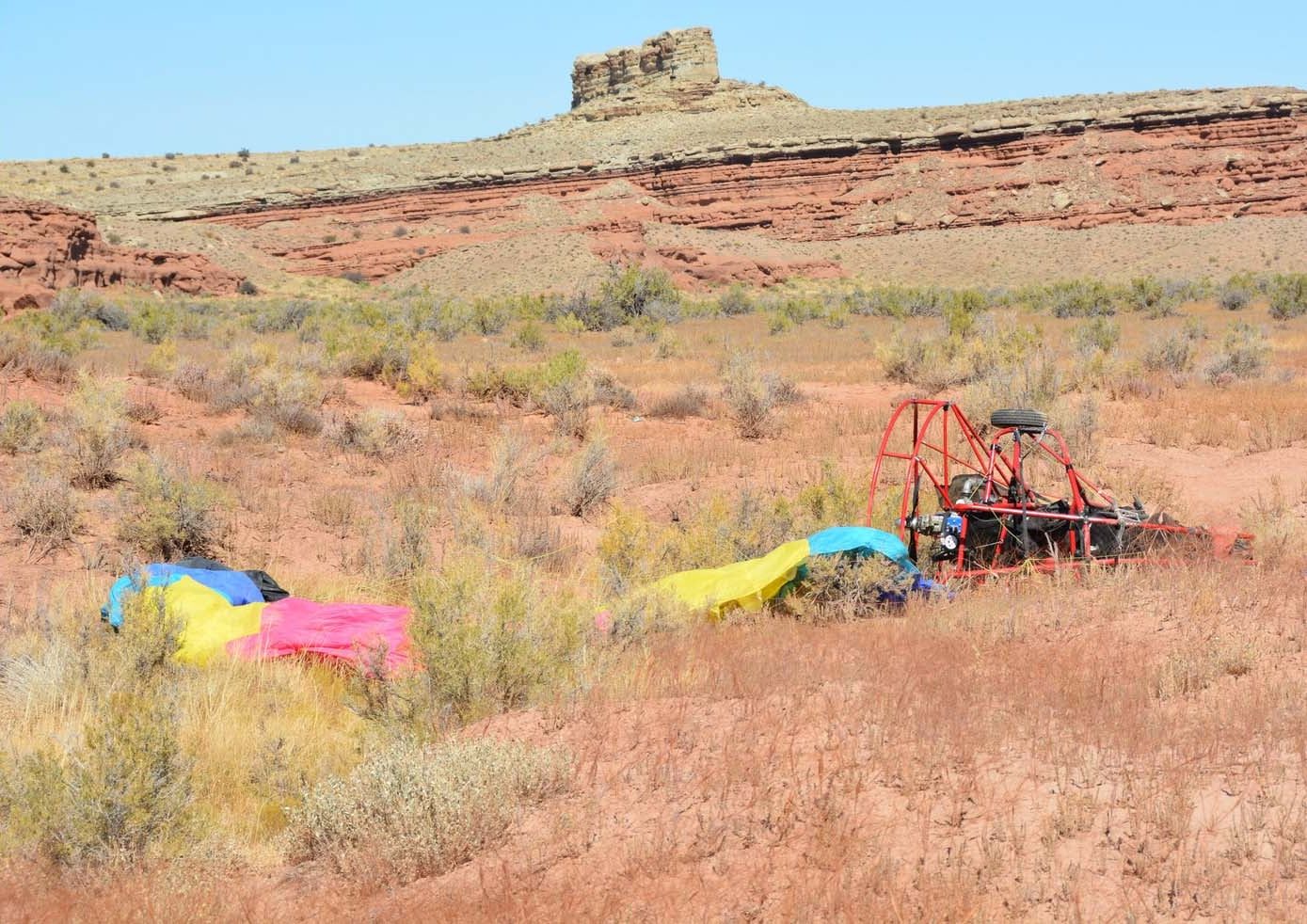 EMERY COUNTY, Utah — A man from Idaho was killed in a powered parachute crash in Emery County Saturday.

The Emery County Sheriff’s Office stated the crash occurred shortly before noon Saturday at the Sid and Charley pinnacles, which are located in the San Rafael Swell.

The deceased has been identified as 68-year-old Rodney Pridmore of Idaho.

Pridmore was with a group of five men who had flown from Huntington Airport Saturday morning and landed at Sid and Charley.

Pridmore was the first to get into the air, and when he radioed his group about having troubles with the aircraft they advised him to land.

The landing attempt was not successful, and the aircraft impacted in a shallow wash.

A member of the party who is also an emergency room physician declared the man dead at the scene, saying he died on impact.

The sheriff’s office states the initial investigation indicates there was a problem with the rope and pulley steering system. The FAA has been contacted and will investigate.