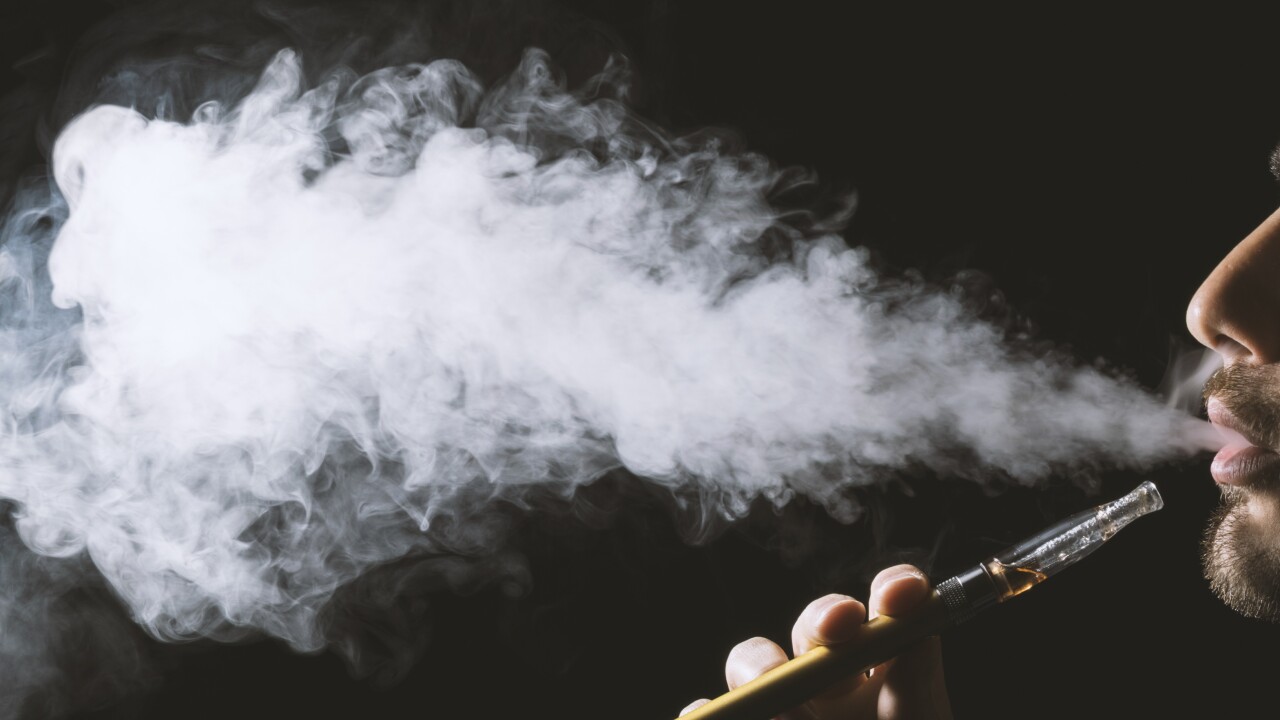 SALT LAKE CITY — Utah has joined more than a dozen other states with a vaping related death.

One person in Salt Lake County has died likely due to unregulated vaping THC cartridges, according to The Utah Department of Health.

The announcement came Wednesday, one week after the Utah Department of Health (UDOH) issued an emergency ruling requiring warning notices about vaping THC cartridges at tobacco shops in Utah and restricting which stores can sell flavored e-cigarette products.
https://fox13now.com/2019/10/02/new-utah-vaping-regulation-receives-mixed-reactions/

This brings the number of vaping-related illnesses in Utah to 76, according to UDOH. Ninety-four percent of the patients said they did vape THC products.
“We are getting cases daily, it’s related to THC cartridges so the only way to protect yourself is to not vape THC,” Dr. Angela Dunn, State Epidemiologist Utah Dept. of Health, said.

The person who died was under 30 years old and otherwise healthy, Dr. Dunn said.

The victim did not receive care and died at their home. The persons name, exact age, gender and date of death are not being released.
“We do know THC cartridges were found on the death scene and THC was also found in the blood of this individual,” Dr. Dunn said.

The continued news of vaping related illness has some vapers, like 18-year-old Rian Bradley thinking about things.

“It is a little scary, but it also just seems silly to me because most of the health issues and the people that are dying from it, it is from unregulated vape products and THC and the black-market pods,” he said.

This isn’t the first he has seen people hurt from vaping.

“I’ve known 16, 17, 18-year-olds who are in the hospital and they are getting diagnosed with these lung issues where they have an 80-year old’s smokers’ lung apparently just from over vaping,” Bradley said.

The news of illnesses isn’t stopping Bradley from vaping, although he said he has wanted to quit but just hasn’t gotten around to it.

Many people on social media have questioned why vaping is getting so much attention; when people die from things like drugs and cigarettes daily.

The reason for the heightened awareness, Dr. Dunn said, is there has been an increasing number of people getting very ill very quickly.

“We saw a sudden increase and that increase is sustaining. So, there is a contaminant out there that people are still being exposed to that’s causing them to not be able to breathe,” she said.

Studies are being done on a state and federal level to determine what is making people sick.

“We’re continuously collecting samples from all of our cases and testing them at our laboratory in Utah but also federal laboratories to figure out what the contaminant actually is that is causing these illnesses,” Dr. Dunn said.

The health department is working with local law enforcement to crack down on unregulated THC products being sold on the black market, Dr. Dunn said.

As of Oct. 1, the Center for Disease Control and Prevention reports there have been more than 1,000 vaping related illnesses and eighteen deaths in 15 different states.