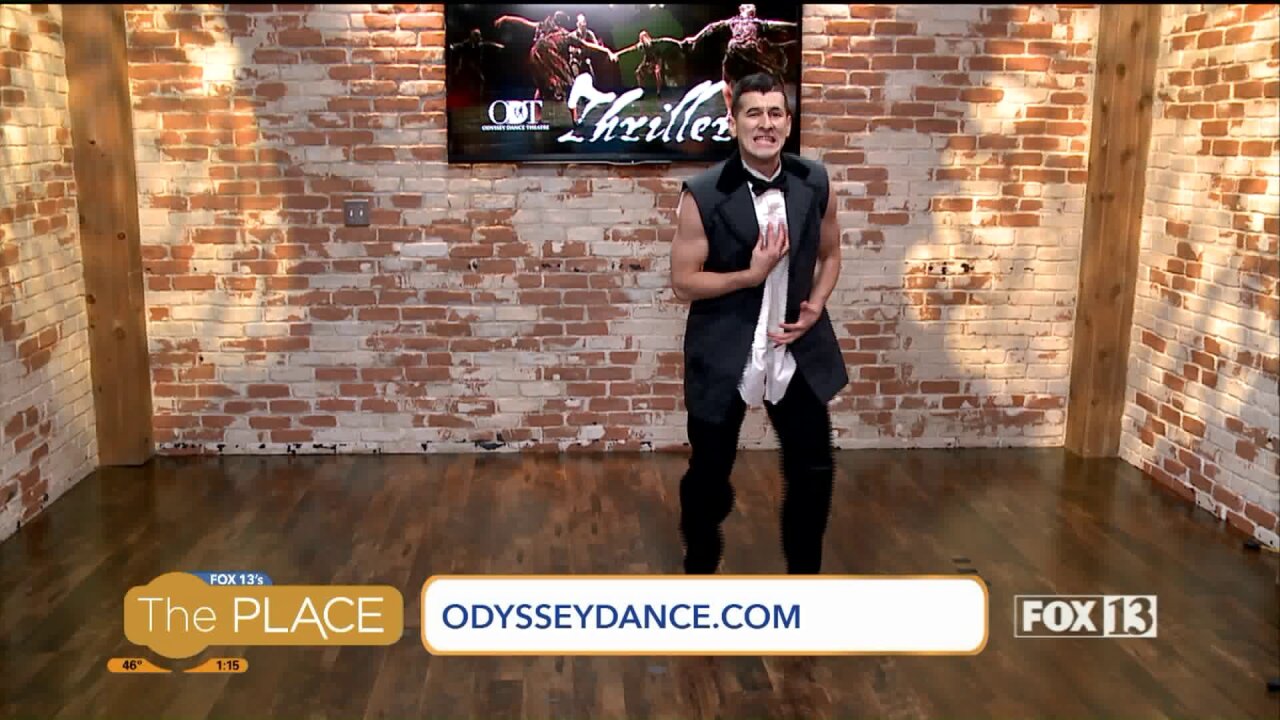 The performance has already happened in Price, Park City, Ogden and Logan.

But it's not too late to be in the audience at future shows!

The funny and spooky spectacular combines technical aspects of dance while paying homage to the stars of All Hallows' eve.

Throughout the two-hour program, 'Thriller' highlights all the heroes of the season, including Frankenstein's monster and his bride, skeletons and mummies.  The show has it all - frights, amazement, scares and lots of laughs.

Artistic Director Derryl Yeager and a dancer from this year's performance joined us with a sneak peek at part of the show.  Watch as Dr. Jekyll transforms to Mr. Hyde right before your eyes!

Get your tickets early because most of the performance sold out last year!

Visit odysseydance.com for discount and ticket information.  Tickets are on sale now for all of Odyssey's 2019-2020 performances of 'Thriller' in all locations!