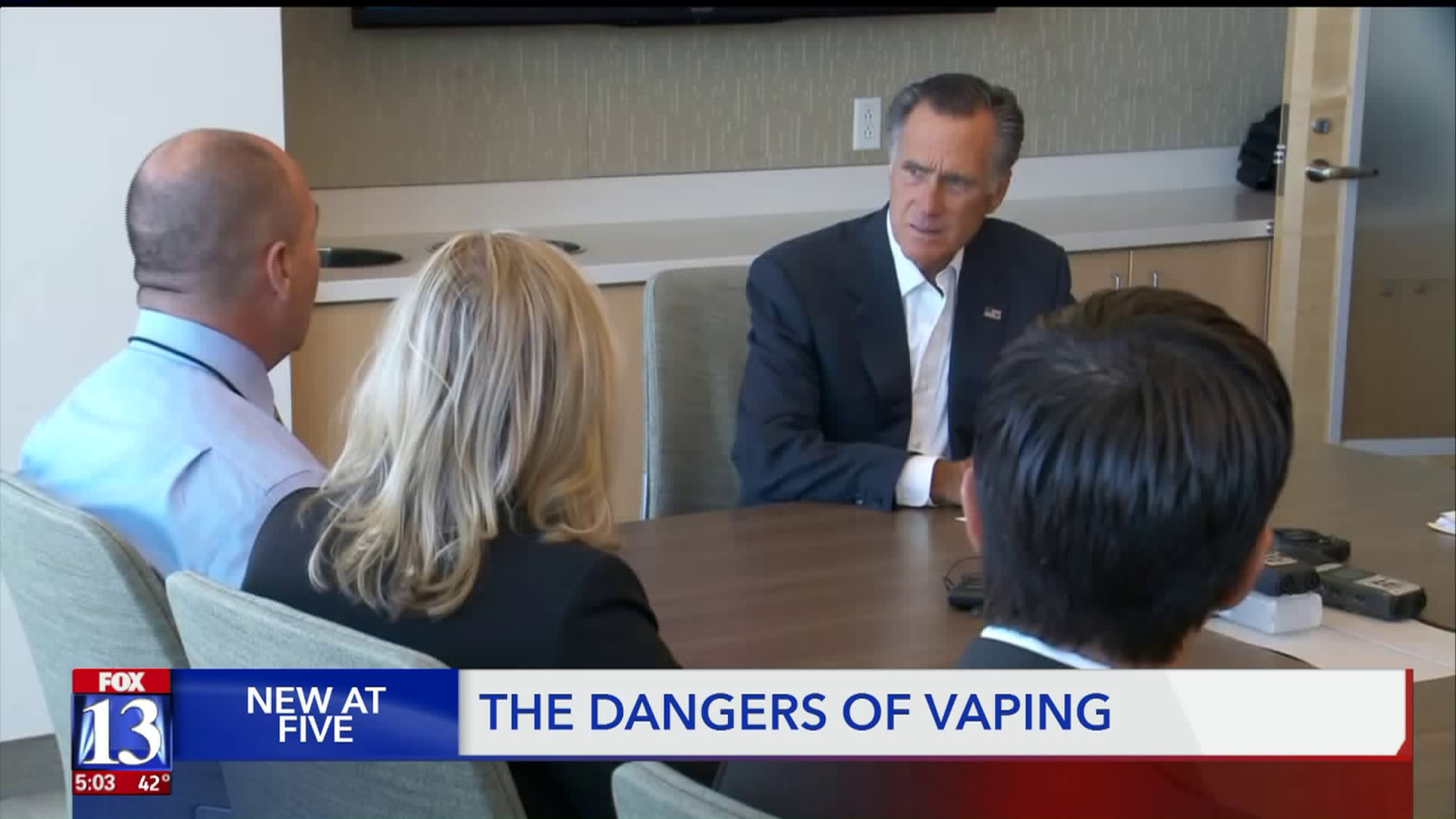 About a dozen local leaders and health care professionals gathered at Primary Children`s Hospital in Salt Lake City Thursday to discuss vaping. The round table was hosted by U.S. Sen. Mitt Romney (R-UT). 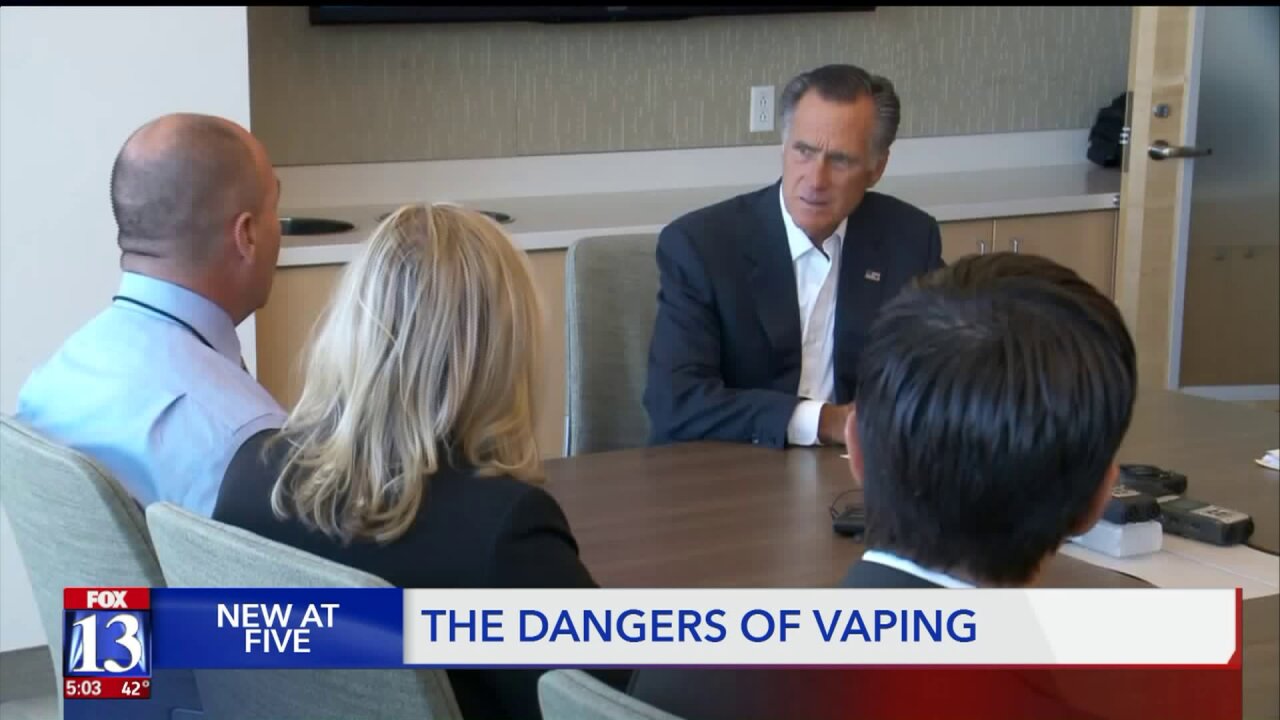 Wednesday, the Utah Department of Health (UDOH) announced the state's first vaping related death. Health officials said unregulated THC cartridges were found at the victim's home, as well as in their blood. The person did not seek medical care.

A Pulmonologist at the round table said they have seen a 135 percent increase in kids vaping in the last few years. A big concern for many is the flavored vaping products appealing to young kids.

Sen. Romney said about one-fourth of high schoolers are vaping, which he mentioned is very concerning. He wants all flavored vape products to be banned.

“Look no more of these candy flavors that are so attractive to kids. If adults want to use vaping products, then let them have the normal flavor of tobacco," Sen. Romney said.

The move to get rid of flavored vape products would be irresponsible, Beau Maxon, the owner of Park City Vapor Company, said.

“If you eliminate the flavors, you’re going to see these individuals go back to traditional cigarettes," he said.

Maxon said less than 5 percent of his sales are on tobacco flavored vape products. He does agree that there needs to be additional steps taken and more education for young people.

The Utah State Board of Education is working on adding in new education on the dangers of vaping from elementary school all the way through high school.

It is scary to see young people so sick, Dr. Dixie Harris, a pulmonologist with Intermountain Healthcare, said.

“When we see young people getting super sick, getting into the ICU landing on life support... what's going on, what's happening," she said when speaking on the vaping crisis.

"Over 24-48 hours they can go from what we call room air, breathing regular oxygen in the air to maybe being on the ventilator," she said.

Anyone who has vaped or currently vapes and starts to experience flu-like symptoms should seek medical care, Dr. Harris said.

The number of vaping-related illnesses in Utah is 76, according to UDOH. Ninety-four percent of patents said they have vaped THC products. THC is illegal in the state of Utah.

Desiree Hennessy with the Utah Patients Coalition says that those with illnesses were not caused by products legally sold in dispensaries.

"It is important to note that flavored vaping products and unregulated THC cartridges are vastly different than the medical cannabis that is legal in Utah," Hennessy said.  "There are still many unknowns about illnesses surrounding vaping but we are not seeing illness caused by products bought in a legal dispensary. While we continue to work with the Department of Health to better understand this issue we urge patients to only use cannabis that has been tested and is sold in a medical cannabis dispensary, especially when dealing with cannabis that is inhaled."

In Sep. Sen. Romney, along with Sen. Jeff Merkley (D-OR) introduced legislation in response to the vaping crisis. The bill, Ending New Nicotine Dependencies (ENND) Act, is aimed at addressing the dangers of vaping and making changes. Click here for more info.