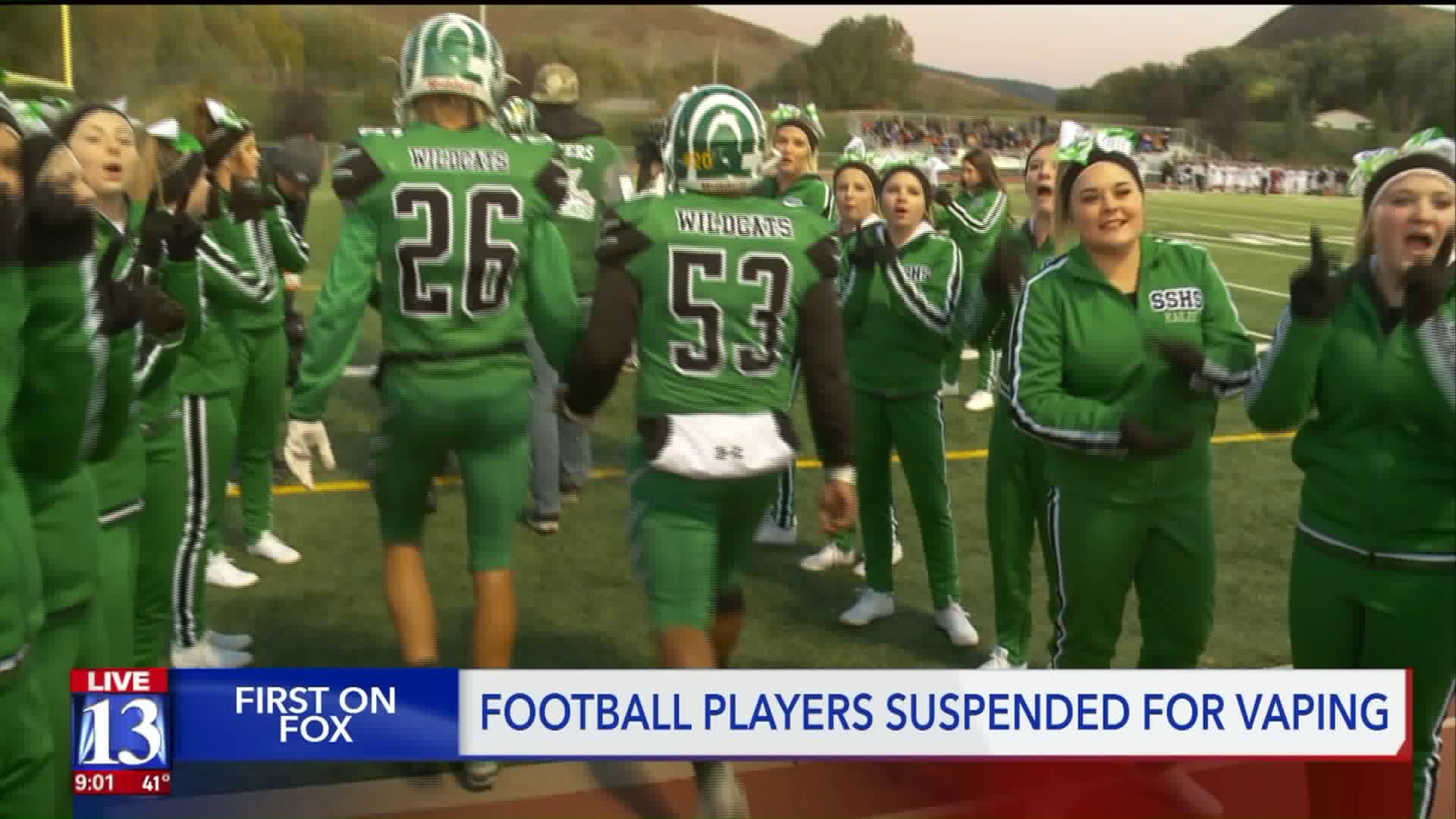 The South Summit High School football team was down more than a dozen players Friday night. 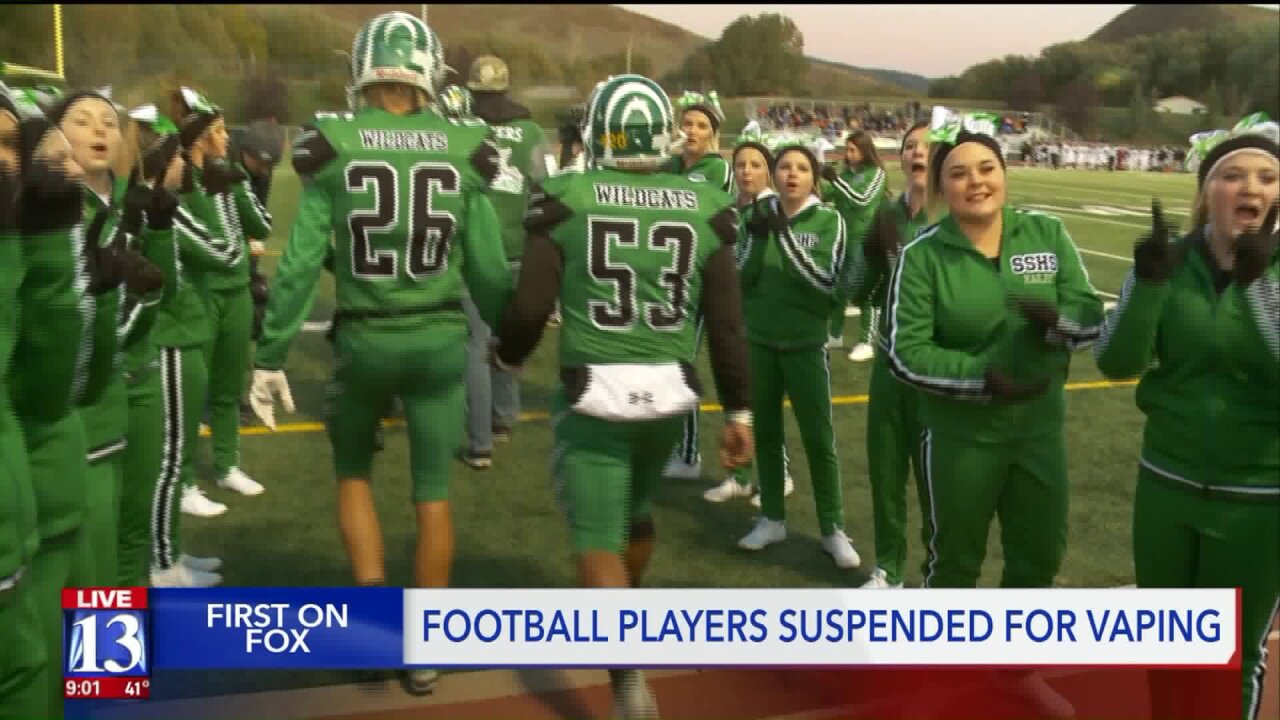 On Monday, the South Summit Athletic Director was tipped off about student vaping on buses.

Administrators located security footage from the district buses which allowed them to identify over a handful of students.

Woolstenhulme told Fox 13 that he met with the football team on Monday afternoon to bring up the incidents. On Tuesday, Woolstenhulme says 11 students turned themselves in to school administrators. Two more students were located by school staff and another came forward on Friday.

12 of the 14 students were suspended for two weeks from the football team and two were removed for the remainder of the season.

“We followed district and state policy,” Woolstenhulme said. “I think it is a bigger problem than everybody knows.”

South Summit is the defending two-time 2A state football champions. The freshman and JV games were initially schedule for Thursday against Morgan, but have been cancelled to allow South Summit to fill a roster to play Friday night in a varsity matchup at 7 p.m.

The students who were caught or turned themselves into school administration have been given an educational packet by administration. In order for the students to be able to return to the South Summit Varsity roster, the packet must been completed by the end of the two-week suspension.

“If we can save one kid, I think it’s worth it,” Woolstenhulme said.