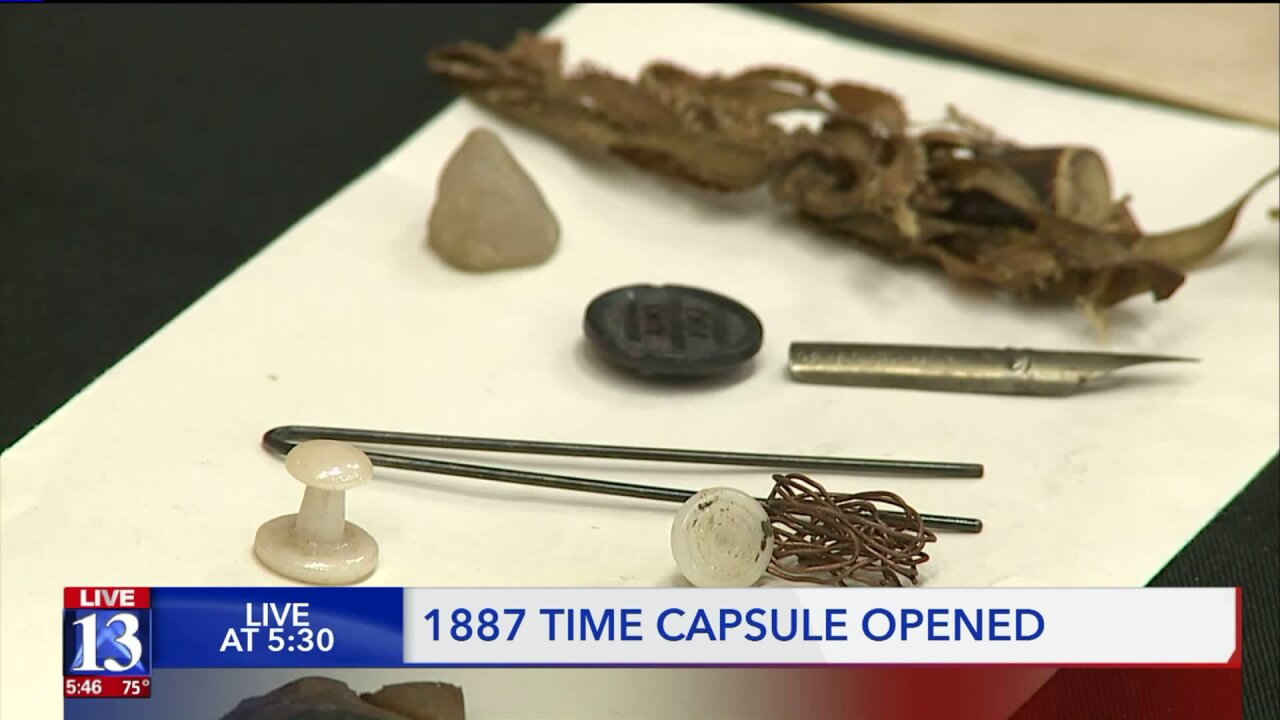 OGDEN, Utah— A time capsule buried in an Ogden school in 1887 was opened to the public for the first time.

During the construction of the Ogden Academy, educators, students, and even construction workers dropped what was important to them inside a capsule and closed it 132 years ago.

The capsule was uncovered when the building was demolished in 1959 but sat in storage until Wednesday.

“Nobody does this unless they think what they’re doing is important,” Alan Barnett said, local government archivist for the Utah State Archive.

The building was also important to early Utahns. It was built for New West Education Commission and operated by Protestants to educate Mormon settlers for free.

Ogden Academy turned into Ogden High School, then Central Junior High before being demolished in 1959.

“It makes this interesting sort of window into the past,” Barnett said.

Barnett did the honors in front of a captivated crowd of roughly 30 people inside the State Archive office in Salt Lake City.

On top was a small bible with a metal clasp. Inside a description that read: “Deposited in this box on the 27th Day of September 1887 by Isaac Hughes.”

Also inside, were several newspapers and educational books, Ogden business cards, and a map of Salt Lake City. A note written by construction worker wishing the school well, a colorful album with signatures from students and staff, a hairpin and buttons.

Archives didn’t expect a typed paper stating some of the artifacts were borrowed in 1959 while the capsule was in storage. At the very bottom was a piece of gum still in the wrapper from the 1800s.

Historians say it’s one of the most complete time capsules they’ve seen. Barnett believes it highlights the significance the community put on education in the state’s early history.

“In their minds, sometime in the future,100 years, whenever, someone was going to find this and they were going to know this important work was being done,” Barnett said.

The capsule and its contents will be taken to Ogden and put on display. After that, it will be cataloged and made an official part of the state history record.