FARMINGTON, Utah — Two people were killed in a head-on collision on Legacy Parkway Saturday morning, according to the Utah Highway Patrol.

The crash occurred on southbound Legacy Parkway near Glovers Lane (925 South) in Farmington.

According to UHP Sgt. Lawrence Hopper, the white sedan (pictured below) was traveling the wrong way and collided with the silver sedan at about 11:30 a.m.

The white car’s driver and front passenger were transported to McKay-Dee Hospital and a male passenger in the rear seat died on the scene.

The driver of the silver car was taken to the University of Utah Hospital and the female passenger died on the scene. Hopper confirmed she was wearing a seatbelt, but could not confirm whether the deceased passenger in the white vehicle was.

Troopers had not yet determined the reason the white vehicle was going the wrong way. 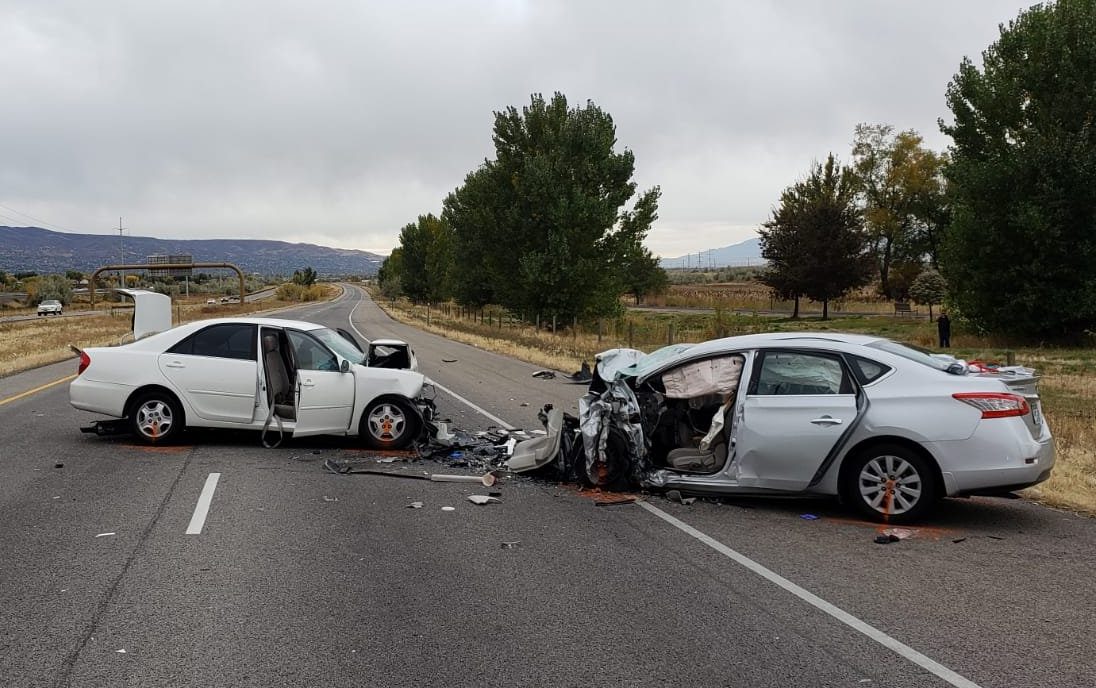