Brexit may have just been blown wide open 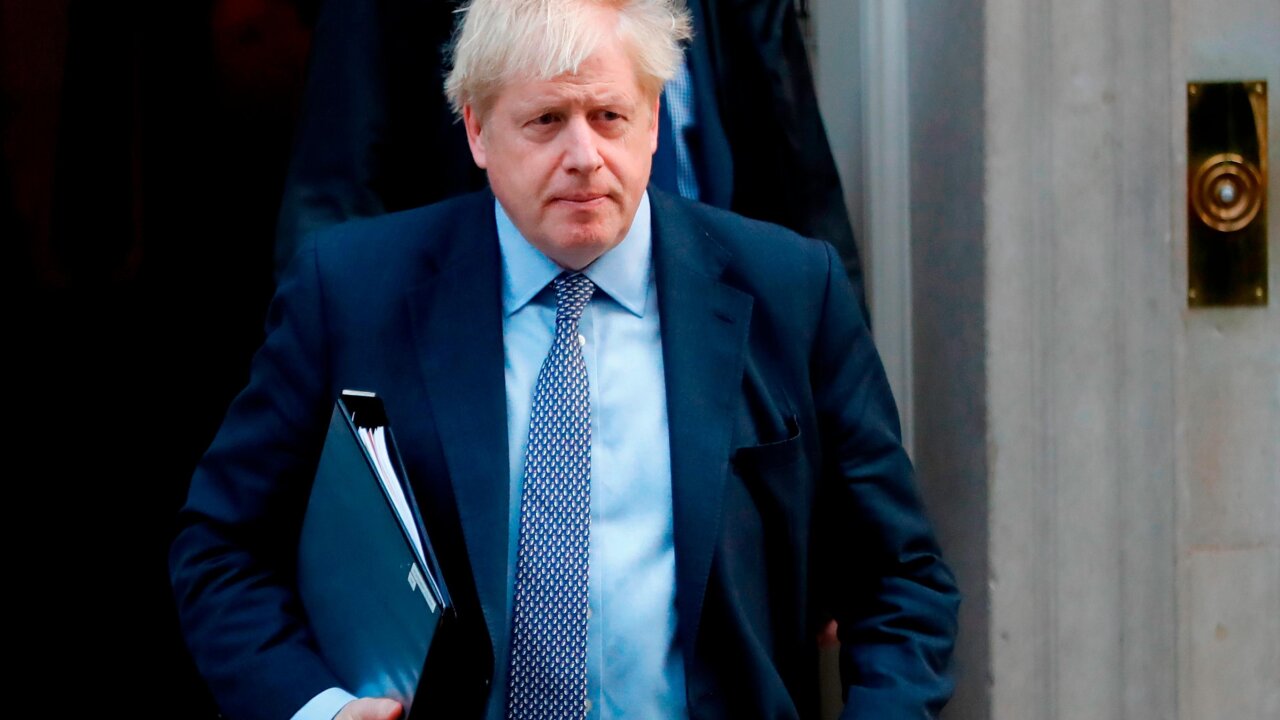 UK Prime Minister Boris Johnson’s vision for Brexit will finally get its first big test in Parliament on Tuesday.

The House of Commons is being asked to vote on a huge piece of legislation that enacts Johnson’s Brexit deal — and there were signs on Monday night that it could face trouble.

Some lawmakers are furious that they are being asked to vote on a 110-page bill that was only published late on Monday. It’s possible that MPs (members of parliament) will attempt to derail the government’s tight timetable for getting the bill through Parliament by October 31 — the date by which Johnson famously said he would rather be “dead in a ditch” than avoid.

Things haven’t been going too well for Johnson since he returned from Brussels in triumph last week with a renegotiated Brexit deal.

A rare weekend sitting of Parliament soured Saturday when lawmakers deferred a decision on Johnson’s deal, making it conditional on the associated legislation passing all its stages in the UK Parliament.

On Monday, the Speaker of the House of Commons blocked another attempt to stage a vote on the deal.

As we look ahead to another crucial day in the Brexit saga, here’s where things stand.

UK Parliament Speaker John Bercow rejected an attempt by the government to hold another vote on the deal on Monday, saying that the motion was the same in substance and circumstance as the one considered on Saturday. Debating it would be “repetitive and disorderly,” Bercow added.

Earlier in the year, Bercow ruled that the same issue cannot be presented to Parliament twice in the same form unless the circumstances are significantly different.

Bercow has been widely criticized for allegedly favoring anti-Brexit lawmakers, but one leading Brexiteer, Crispin Blunt, on Monday conceded that his ruling was procedurally correct.

On Monday night, the government introduced the Withdrawal Agreement Bill (WAB), the piece of legislation that will enact Johnson’s deal. The only way for Brexit to happen by October 31 is for lawmakers to pass this legislation.

The first big vote on this legislation comes on Tuesday, on what’s confusingly known as the “second reading.”

This will be the first big test of parliamentary support for Johnson’s deal, even though it’s not directly a vote on the deal itself. Calculations by CNN, based on the voting records and public statements of lawmakers, suggest he has a slender majority.

Amber Rudd, who quit Johnson’s Cabinet last month after losing faith that he wanted to secure a deal, predicted on Sunday that the Prime Minister has a “fragile but sincere coalition” behind his bill.

Its success or failure may lie in how many Labour MPs rebel against the party whip to support the deal.

The wider problem Johnson’s team faces is the can of worms opened by Saturday’s vote.

Every part of Johnson’s deal can now be amended in Parliament with whatever shades of Brexit that MPs wish to attach to it.

That means that, all of a sudden, a so-called Soft Brexit customs union arrangement is back on the table — potentially enticing a handful of moderates to switch their support from Johnson’s plan.

The Democratic Unionist Party (DUP), which supposedly props up Johnson’s minority government but whose MPs were left livid by the proposed installation of a customs border in the Irish Sea, have already enacted revenge by pushing the Letwin amendment over the line. They could now heap further misery on the PM by backing a softer alternative plan.

Also likely to emerge is another longshot push for a second referendum, which Labour would be expected to back. That follows a march on Saturday that saw hundreds of thousands demand another say.

So Parliament-watchers are now essentially faced with the prospect a series of indicative votes on Brexit alternatives being considered in tandem, a scene not too dissimilar from the hodgepodge of suggestions put forward in Parliament after it rejected Theresa May’s deal three times. In case you’ve forgotten, all of those suggestions failed too.

Extension or no deal?

There’s drama in Europe, too.

After claiming for weeks that he would never request a Brexit delay from the EU, even insisting he’d rather be “dead in a ditch,” Boris Johnson did just that on Saturday night.

For all the bluster and theater over photocopies, blank signatures and cover letters, that is the reality: Johnson sent a letter written for him by Parliament asking for a three-month extension, and the EU received it.

The European Commission said on Monday the fact that Johnson did not sign the letter he sent on Saturday formally requesting a Brexit extension “does not change anything.” It added that the ratification process for Johnson’s deal has begun on the EU side.

But the European Parliament will not ratify the EU Withdrawal Agreement before the British Parliament does it, an EU official said on Monday.

“We will not ratify withdrawal agreement before the UK Parliament votes,” the official said.

French President Emmanuel Macron has reprised his bad cop role, suggesting there is little need for a third extension to the process.

“I’m not trying to predict the future, but I do not think we shall grant any further delay,” Macron said after the deal was secured last week. “I believe it is now time to put an end to these negotiations and work on the future relationship.”

And it may be that the 27 leaders on the continent mimic that language in the coming days, hoping it will focus minds in London behind the new deal.

But should Johnson’s pact fail to pass through Parliament, most would expect the EU to reluctantly acquiesce to the request and grant Britain a delay.

Meanwhile judges in Scotland’s highest court decided to grant a continuation in a case that sought to force Johnson to comply with his obligations to ask the EU for a Brexit extension.

The case may seem a moot point now, given that Johnson sent that request on Saturday night, but some have questioned whether he stuck to the spirit of the law by undermining his own request.

With confusion in Parliament, intrigue in the courts and protests on the streets, Brexit seems a long way from a conclusion.