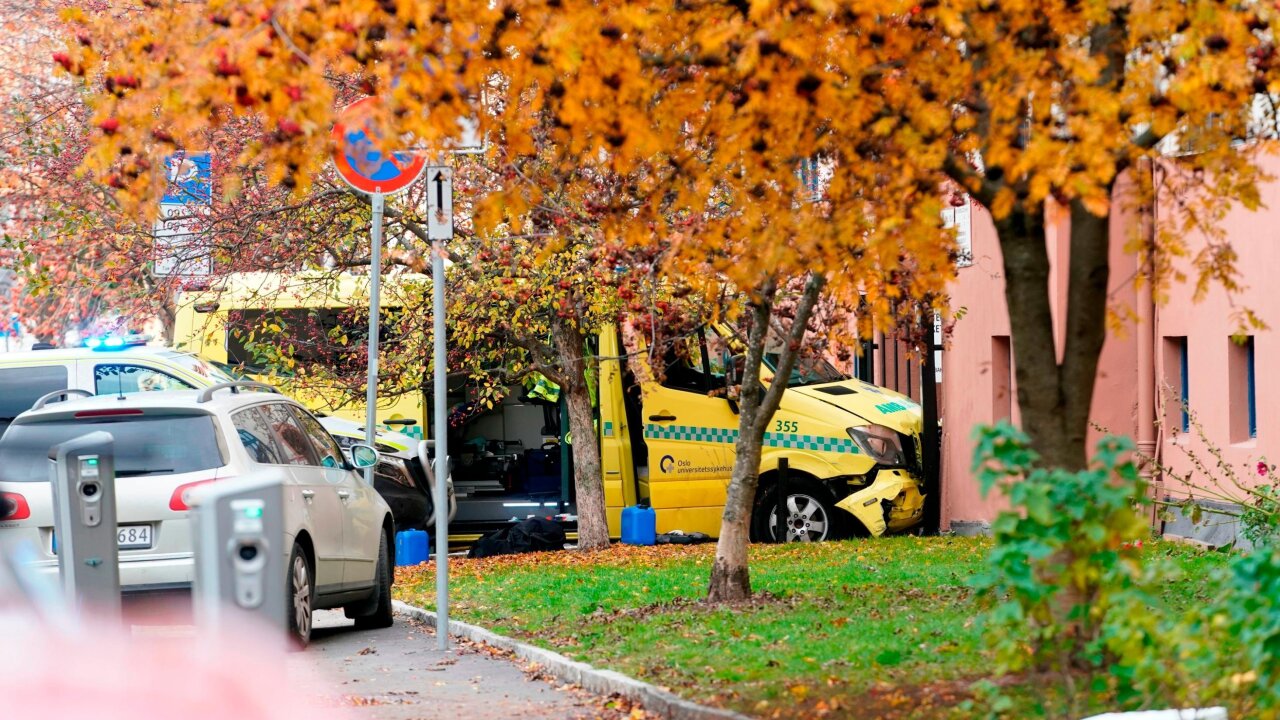 The stolen ambulance crashed after officers fired shots to stop it, police said.

Police officers in the Norwegian capital Oslo fired shots to stop an armed man who was driving a stolen ambulance, the city’s force said on Twitter on Tuesday.

“We have control of an ambulance that was stolen earlier by an armed man. Shots were fired to stop the perpetrator, he is not critically injured,” the tweet said, adding that more information will follow.

A number of people were hit by the ambulance, police told Reuters. Among them were a woman and children in a stroller who were taken to hospital, according to a second tweet from police.

“Two babies were injured after the hijacked ambulance hit a family. They are twins, seven months old, they are being treated,” said a spokesman for Oslo University hospital, reported Reuters.

Two of the hospital’s ambulances were involved, the spokesman said.

“One was hijacked by an armed person with a shotgun. Some minutes later one of our other ambulances managed to stop the hijacked vehicle by crashing into it. Then the police came after the crash and got him,” he added, according to the news agency

Police are looking for a woman in connection with the robbery of the ambulance, according to a tweet. She is around 165 centimeters tall with light skin and slightly curly brown hair, they said. She is wearing a black jacket and appears intoxicated.