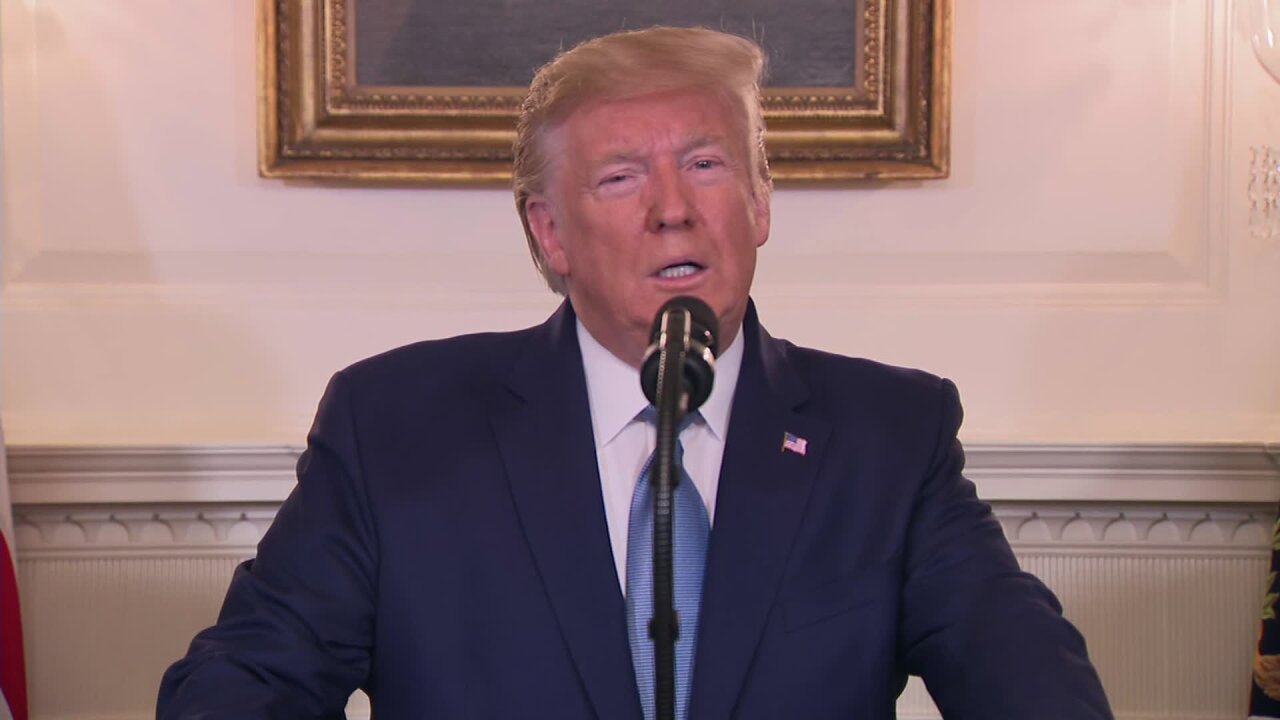 President Donald Trump speaks on the situation in Syria Wednesday, October 23 at the White House.

President Donald Trump announced Wednesday he was lifting all sanctions on Turkey after it agreed to halt its attack on America’s former Kurdish allies in northeastern Syria, shortly after his special envoy to Syria told Congress Turkey’s incursion was a “tragedy” and that Ankara-backed forces are likely behind several war crimes.

Speaking in the White House Diplomatic Reception Room, the {resident claimed that “people are saying, wow, what a great outcome … we’ve done a good job, we’ve saved a lot of lives.” He praised President Recep Tayyip Erdogan, hinted that the Turkish leader would soon visit Washington and appeared to wash his hands of further US involvement in Syria.

“Let someone else fight over this long-bloodstained sand,” Trump said, but added that some US troops would remain to protect oil in Syria, “and we’ll be deciding what to do with it in the future.”

Trump also said the Kurds’ military leader was “extremely thankful for what the United States has done” and has assured the US “that ISIS is under very, very strict lock and key.”

Shortly before Trump spoke, Jim Jeffrey, the US special envoy for Syria and the Global Coalition to Defeat ISIS, told the House Foreign Affairs Committee that the US believes that Turkish-supported opposition forces in Syria have committed war crimes.

He also said “the Turkish incursion into northeast Syria is a tragedy. It was long-standing US government policy in two administrations to keep that from happening and we were clearly not successful.”

The President also claimed that ISIS fighters who had escaped Kurdish jails after the Turkish attack have “been largely recaptured.” An hour earlier, Jim Jeffrey told House lawmakers that “we do not know where they are.”