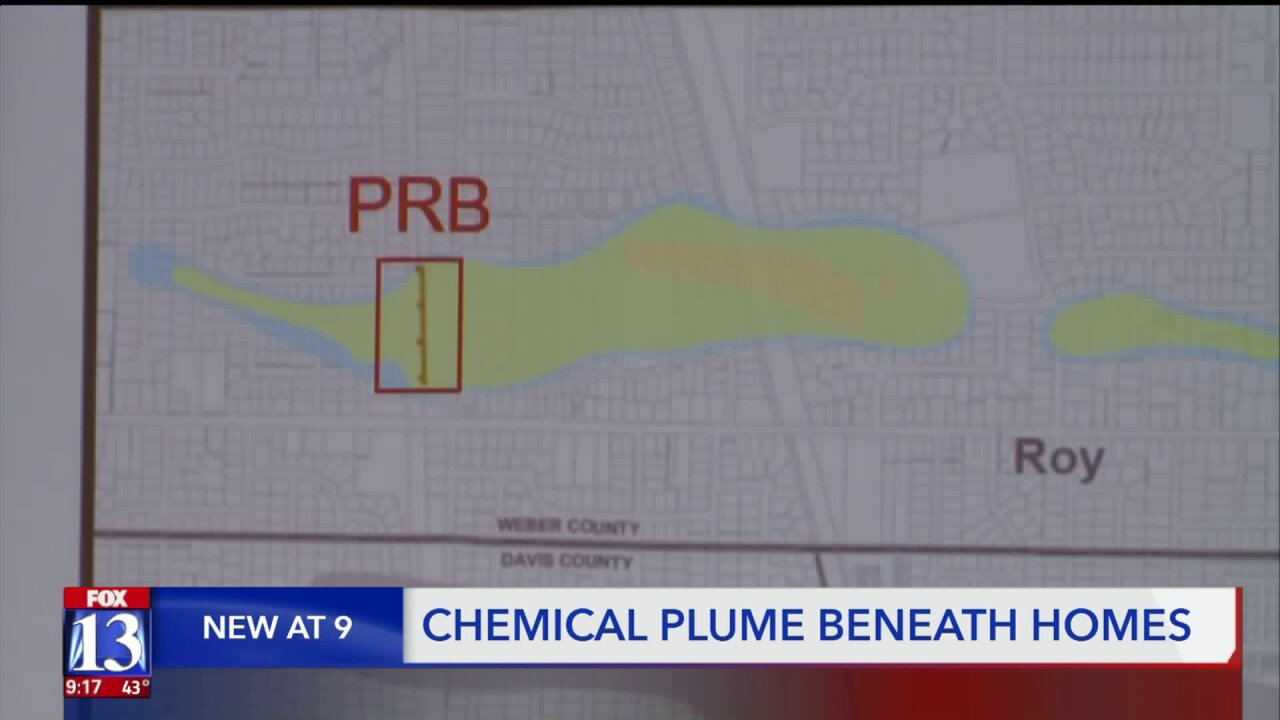 DAVIS COUNTY, Utah — The United States Air Force is stepping up efforts to monitor a dangerous chemical plume under 1,100 homes in Davis and Weber Counties.

This week, representatives from Hill Air Force Base visited 900 homes with a notice to convince property owners to let them get inside to test for toxic air.

Dan Mathis lived in his Sunset home for 34 years. During that time, toxic chemicals seeped under his property.

“The damage is done,” Mathis said.

Between World War II and the 1970s, airplane cleaning solvents were buried on Hill Air Force Base.

“That’s the way they did it back then. Everybody did that. We didn’t worry about what went down the drain,” Mathis said, remembering his time in the military in the 1950s.

The dangerous chemicals have seeped off base, contaminating shallow groundwater in Roy, Sunset, Clinton, Riverdale, South Weber and Layton.

The pollution is so bad, the EPA designated the plume as a Super Fund site in 1989. The concern isn’t the drinking water, but the toxic fumes that may poison homeowners.

“We’ve got kids playing outside as long as possible if the weather is permitting so. Air quality is obviously a concern,” Jacoby said.

This week, the Air Force launched a massive public outreach to test more homes on top of the plume.

While testing has gone on for years, a team from several agencies are going to the doors of 1,100 homes that have never been sampled. They need permission inside the homes to do it.

“This isn’t an immediate health concern,” Loucks said. “But over the long term, that’s when the studies show, that's when it could be. We want to get those things taken care of.

Testing will continue through early next year.

“I think they ought to be doing that. They’ve got to for the future,” Mathis said.

The chemical vapors may cause cancer. If you think your home is in one of the affected areas and you’d like to be sampled, go to https://www.hill.af.mil/iap/