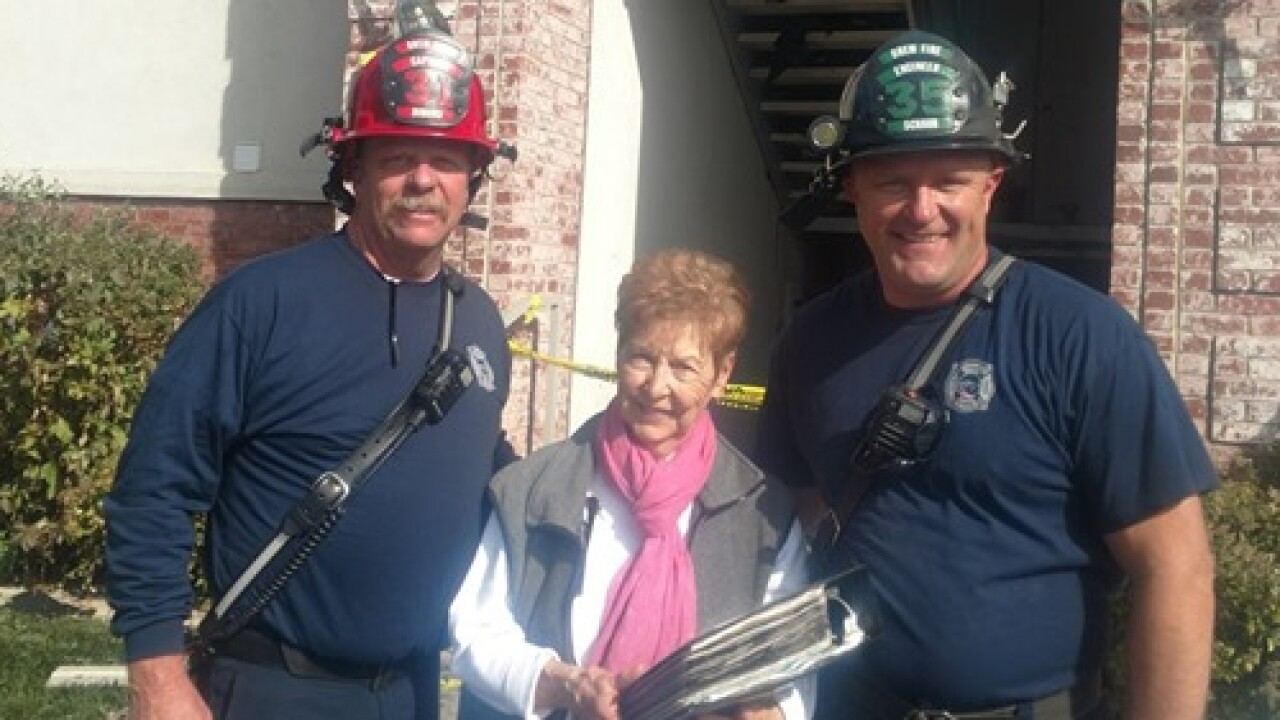 Firefighters return photo albums to Dora Schoenfeld after a fire at her Condo in Orem.

Eleven families were displaced when fire destroyed a 12-unit building at the Countryside Square Condominium complex on Garden Park Drive on October 12.

Dora Schoenfield was thrilled that firefighters were able to save some of her photo albums with memories of her late husband and two sons.

Firefighters return photo albums to Dora Schoenfeld after a fire at her Condo in Orem.

No one was injured but damage is estimated at more than $4 million.

The donations were made Friday morning.

“These families lost everything,” said Amber Burke, president of the Utah Central Association of Realtors. “Our goal is to help them meet their immediate needs as they work to rebuild their lives and recover from this disaster.”

Here is a link to the GoFundMe page set up by the Utah Association of Realtors.

People can also donate via Venmo. According to the Utah Central Association of Realtors Facebook page, you can donate to the UtahCentralRealtors account and comment “fire” in your donation to indicate it’s for fire victims.