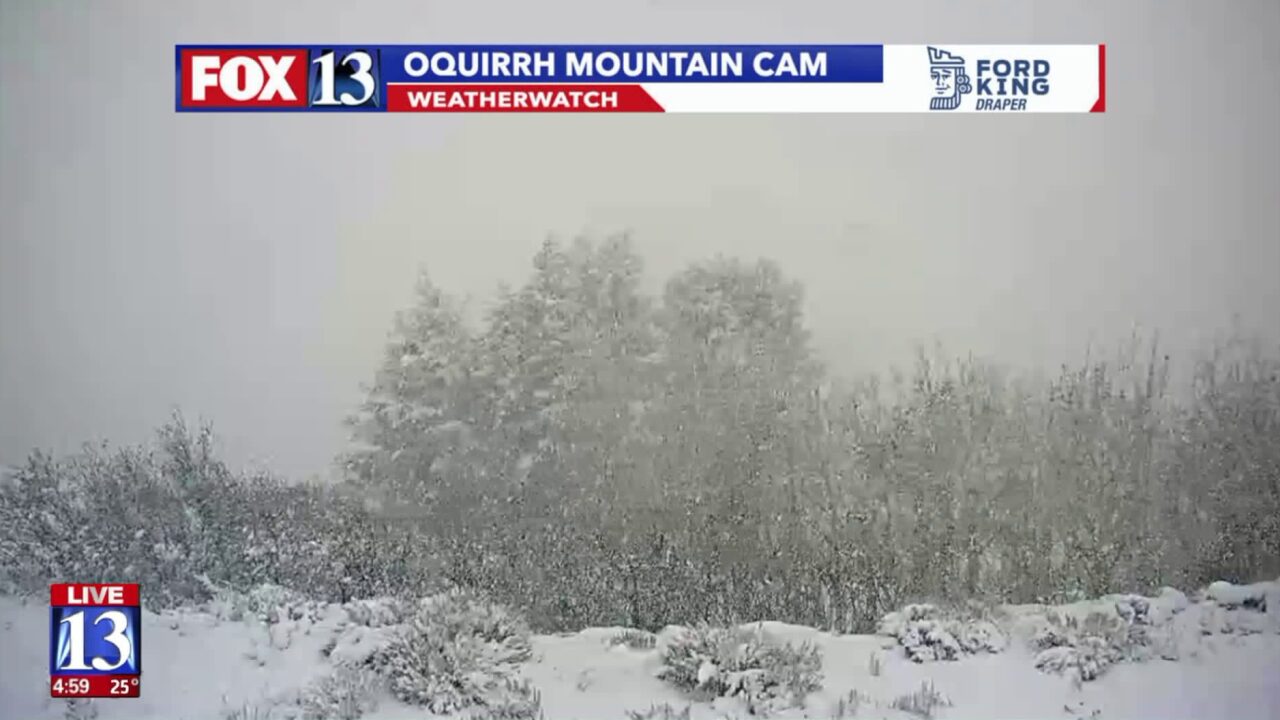 A cold like never before seen in October is hitting Utah on Tuesday and Wednesday as a record-breaking Arctic cold front brings freezing air straight from Canada.

Parts of the state had highs only in the 20s, which FOX 13 Chief Meteorologist Kristen Van Dyke said has never happened before on an October day.

On Wednesday, temperatures in Salt Lake City are expected to break all-time records. The coldest recorded October temperature in the city was in 1971 with 16-degree low and 35-degree high. Wednesday is expected to see a low of 11 degrees and a high of 31.

Strong winds will make temperatures feel even colder. In the Wasatch Front, the “feels like” temperatures are expected to be at or below 10 degrees all night starting at 9 p.m. 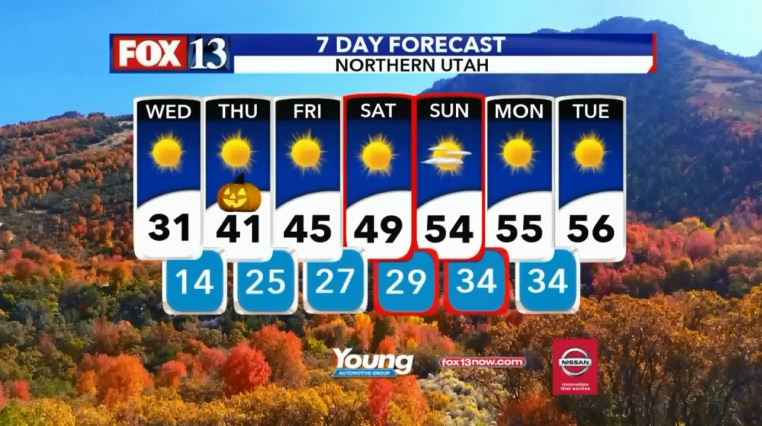