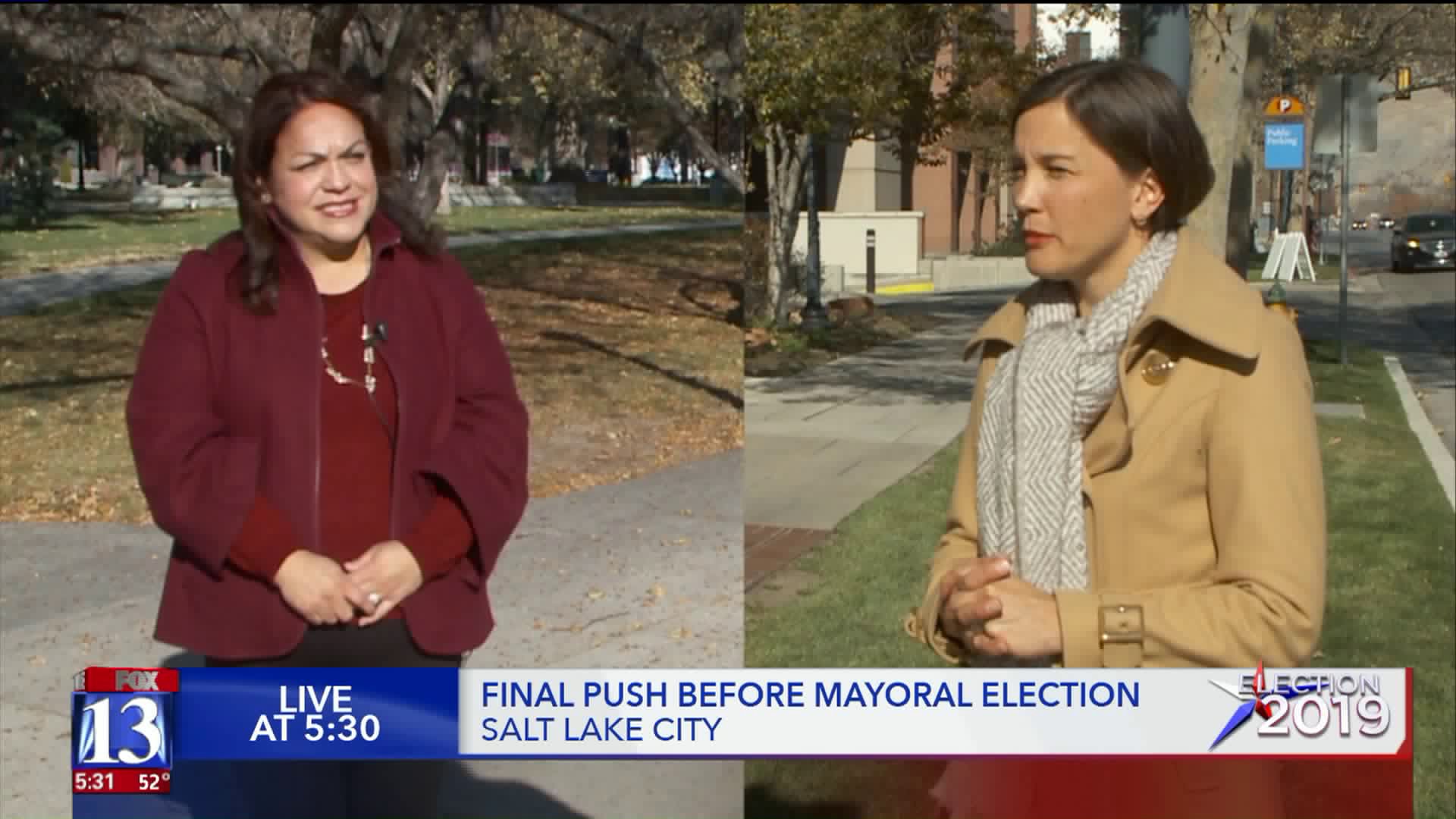 Monday is the day before elections, and more than 100,000 people have turned in their ballots so far just in Salt Lake County alone. 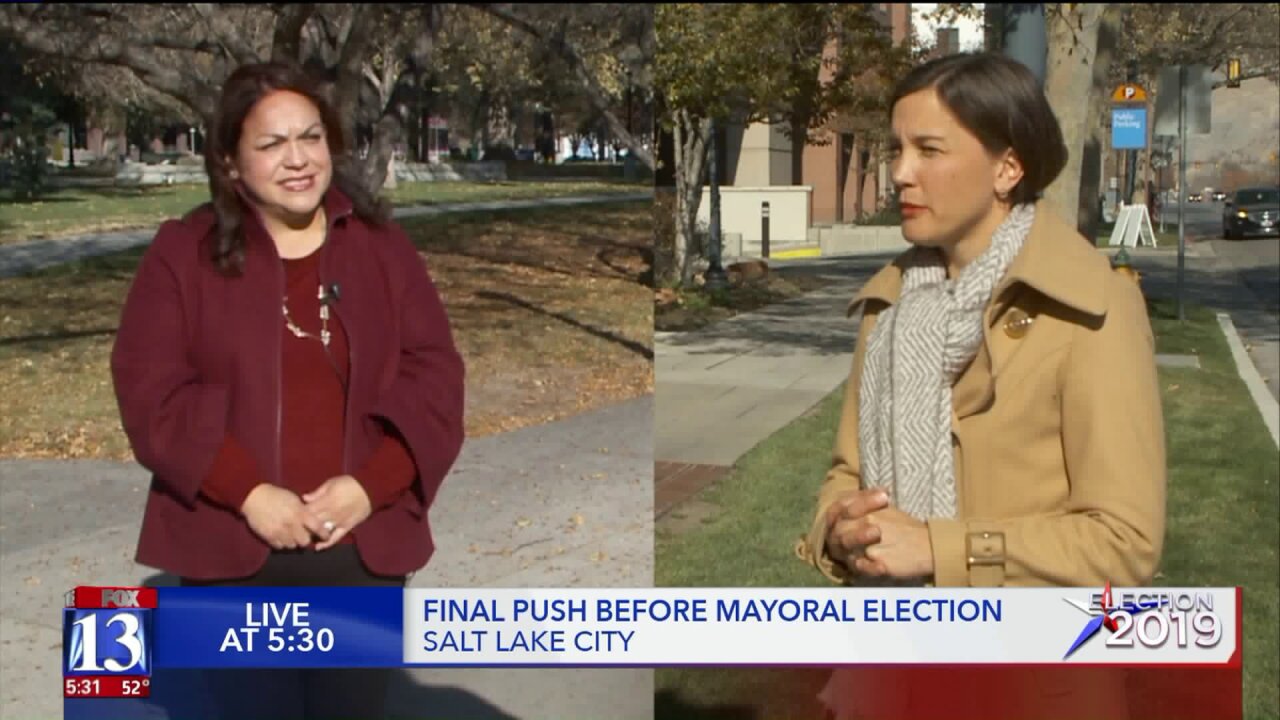 SALT LAKE COUNTY — Monday is the day before elections, and more than 100,000 people have turned in their ballots so far just in Salt Lake County alone.

Mail-in ballots must be postmarked no later than Monday.

If you didn’t make it to the post office in time, you can still drop off your ballot in a ballot box or vote in-person at a voting center by 8 p.m. Tuesday.

As ballots were dropped off, both mayoral candidates in Salt Lake County said they were still out knocking doors, hoping to spike voter participation above 40 percent.

Utah Sen. Luz Escamilla said the most important thing she is trying to convey to voters is making Salt Lake City sustainable for everyone.

“Where everyone in Salt Lake City has a chance to have the quality of life we enjoy living here as residents, and that we need a leader and someone that can actually manage a city,” Escamilla said.

“I have some big proposals of dramatically shifting the way people move through the city, our residents, but people coming in and out everyday,” Mendenhall said.

One hot topic during the campaign has been the proposed addition of an inland port.

Mendenhall said without an actual business plan to scrutinize, it’s hard to say exactly what the effects will be.

“I will be at that table every time they have a conversation about what’s going to happen out there,” Mendenhall said. “We can’t afford a mayor who walks away in frustration or doesn’t show up because she’s upset.”

On the other hand, Escamilla said she has made her stance over and over again on this issue while serving the senate.

“I’ve voted against every single inland port bill,” Escamilla said. “I think we need a mayor that can stand strong in making sure that we are always moving forward with the lawsuit, finding every resource available to protect Salt Lake City, get back our ability of land use authority and taxing increment, and then be able to work with the state.”

Both female, democrat candidates said they are pleased with how “clean” their campaigns have been.

Escamilla and Mendenhall have worked within Utah government and said they want to bring a new perspective to the city.