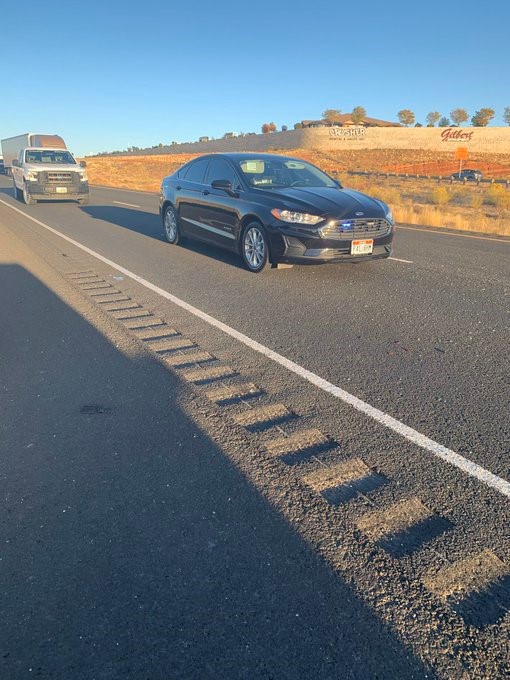 WASHINGTON COUNTY, Utah — The Salt Lake City Police Department’s Assistant Chief is being hailed as a hero for saving a man’s life in southern Utah.

According to SLCPD, Assistant Chief Tim Doubt stopped traffic and pulled a driver from a burning wreck on I-15 near Hurricane.

“Our quick-thinking & always prepared Asst. Chief Doubt saved the life of a motorist after a wreck on I-15,” a tweet from SLCPD.

According to St. George News, the crash occurred Monday evening around 5 p.m. near milepost 1.

Traffic had been backing up in the area due to construction at the interchange with S.R. 9.

“A Volkswagen Passat approaching the backup did not slow with the traffic ahead of it,” the St. George News report said. “The Passat rear-ended [a Ford] Fusion, causing it to spin and roll as it went off the roadway from the impact.”

The Ford Fusion then caught fire.

Both drivers were wearing their seat belts and were treated for moderate injuries at Dixie Regional Medical Center, according to St. George News.