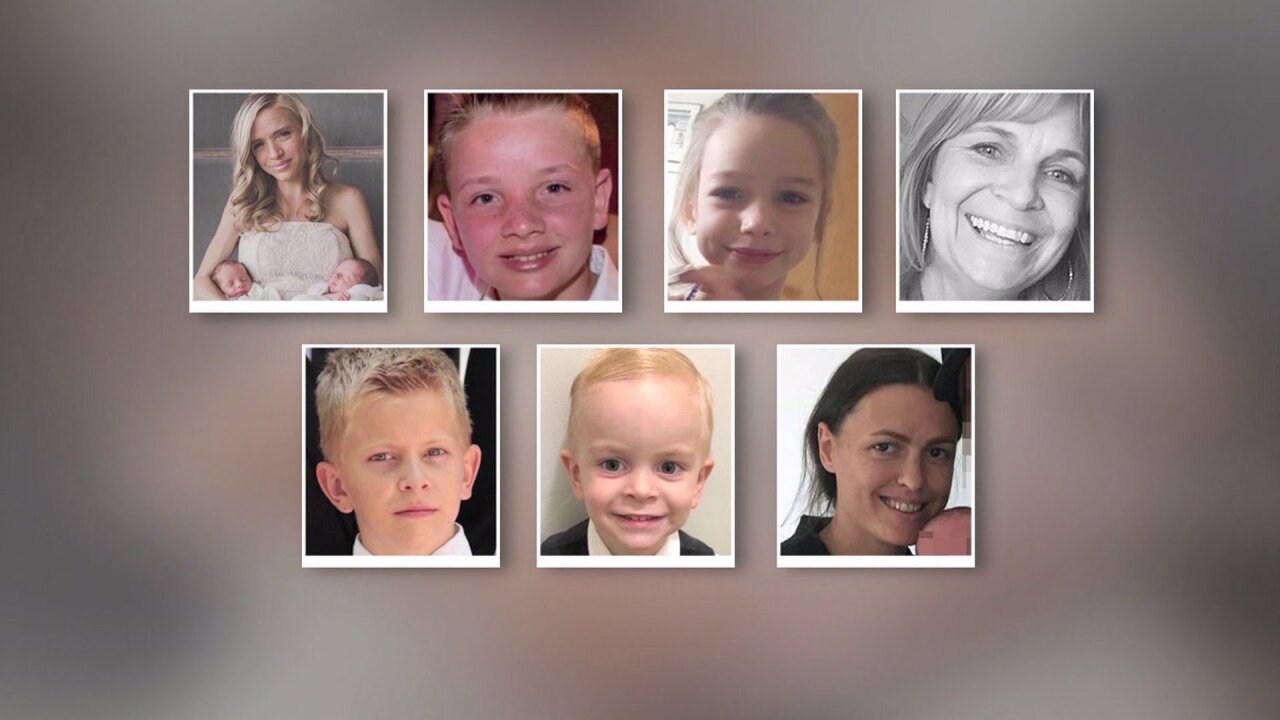 As two countries grieve the ambush killings of six children and their mothers, Mexico’s president has set up a special commission to find the killer or killers.

More than 200 bullet casings were found at the scene of Monday’s attack near the Sonora-Chihuahua border, commission member Marcello Ebrard said Wednesday.

Secretary of Security Alfonso Durazo said gun caps at the scene came from a weapon made in the US.

But the discoveries haven’t gotten officials any closer to arresting whoever killed three mothers and six of their children in the grisly attack.

The three mothers drove together in a convoy for added protection, family members said.

“All of a sudden, bullets just rained from above, from on top of a hill, down on top of them,” said Lafe Langford, a relative of the victims.

“The mothers were dead. There were seven wounded children that were alive.”

The nine killed had dual US-Mexican citizenship, were members of a Mormon community that appeared to be fundamentalist. The community is separate from the mainstream Church of Jesus Christ of Latter-day Saints.

A man arrested was not involved in the massacre
On Tuesday, Mexican authorities announced the arrest of a suspect in relation to the massacre.

But on Wednesday, Durazo said investigators have learned the suspect is not involved.

Authorities did not say whether the individual has been released.

While the investigation unfolds, authorities in the US and Mexico have different theories on who might be responsible.

Chihuahua Attorney General César Peniche Espejel said he believes the newly formed Los Jaguares cartel, an offshoot of the infamous Sinaloa drug cartel, may be behind the massacre.

“These very cartels of Sinaloa, after the arrest of Guzman ‘El Chapo,’ have suffered fragmentations,” Peniche Espejel said.

But a US official said Tuesday that a rival cartel called La Línea is under scrutiny.

Wounded children tried to save each other
With all three mothers killed at the scene, the children who survived the massacre had to fend for themselves.

“What Devin has told us is that one of the three vehicles was shot up and then set ablaze,” Lafe Langford said.

Devin hid six of his siblings in bushes and covered them with branches to “keep them safe while he sought help,” another relative, Kendra Lee Miller, wrote on Facebook.

As nightfall loomed, 9-year-old McKenzie Langford — who was shot in the wrist — grew worried about Devin and said, “I gotta go find him,” Lafe Langford said.

“She had a bullet through her wrist, but nevertheless, she was probably in the best shape to walk at that point. And so away she went,” Langford said.

“And we found her by her little footprints. She took the wrong road. Six hours later, and we saw that her footprints had a shoe, and then a bare little foot because she had to take her shoes off and her feet were just swollen and covered in blisters when they found her at 9:30 at night.”

But McKenzie didn’t complain about her injuries.

The family may have been targeted
Miller, who lost her sister-in-law in the attack, said “cartels have taken too many of our family members.”

She said cartels had recently threatened her family over where the family it can travel.

“They had stood up to the drug cartels, and they did have certain frictions either with the cartels or with neighboring communities over water rights,” Former Mexican Foreign Minister Jorge Castañeda said.

Castañeda also said the family may have been targeted.

“Their long-standing tensions, and apparently the woman who was driving in the first car that was attacked was an activist,” he said.

“She was someone who was very active in her community, defending her family, her fellow members of the community against cartels on the issue of water rights.”

But Lafe Langford disputed Castañeda’s description of his family.

“It’s so far from the truth. The only thing they were activists for was their children, the education of their children and their homesteads,” Langford said.

“(Castañeda) said something about a conflict over water rights. We live on a river. We have all the water we could ever need.”

The cars were shot up and caught fire
Each of the three cars held mothers driving their children to see family: one to pick up her husband, another to meet her husband and move to North Dakota and the third to visit family in the neighboring state of Chihuahua, Kendra Lee Miller said.

After the attack, extended relatives from the family’s ranch rushed to the scene.

As other family members arrived, “all they found was charred remains, ash and bones,” Miller said. “There were remains inside and outside of the vehicle.”

Seven children injured in the ambush were flown from Mexico to Arizona for treatment, family member Alex LeBaron said.

A family and region familiar with violence
While the victims had different last names, they all have ties to the LeBaron family in Mexico.

“Our family is a community, La Mora,” Lafe Langford said.

“We are related and married into the LeBarons, and the LeBarons are good people,” Langford said. “In the past, they’ve had some issues where good people have always had to pay for the actions of a few bad men.”

In 2009, a member of the LeBaron family living in Chihuahua state was abducted and returned unharmed a week later. His brother, Benjamin LeBaron, became an anti-crime activist. But he and his brother-in-law were killed two months later.

Across Mexico, the number of killings has soared in recent years.

Just last month, Mexican police officers were killed in an ambush in the western state of Michoacan.