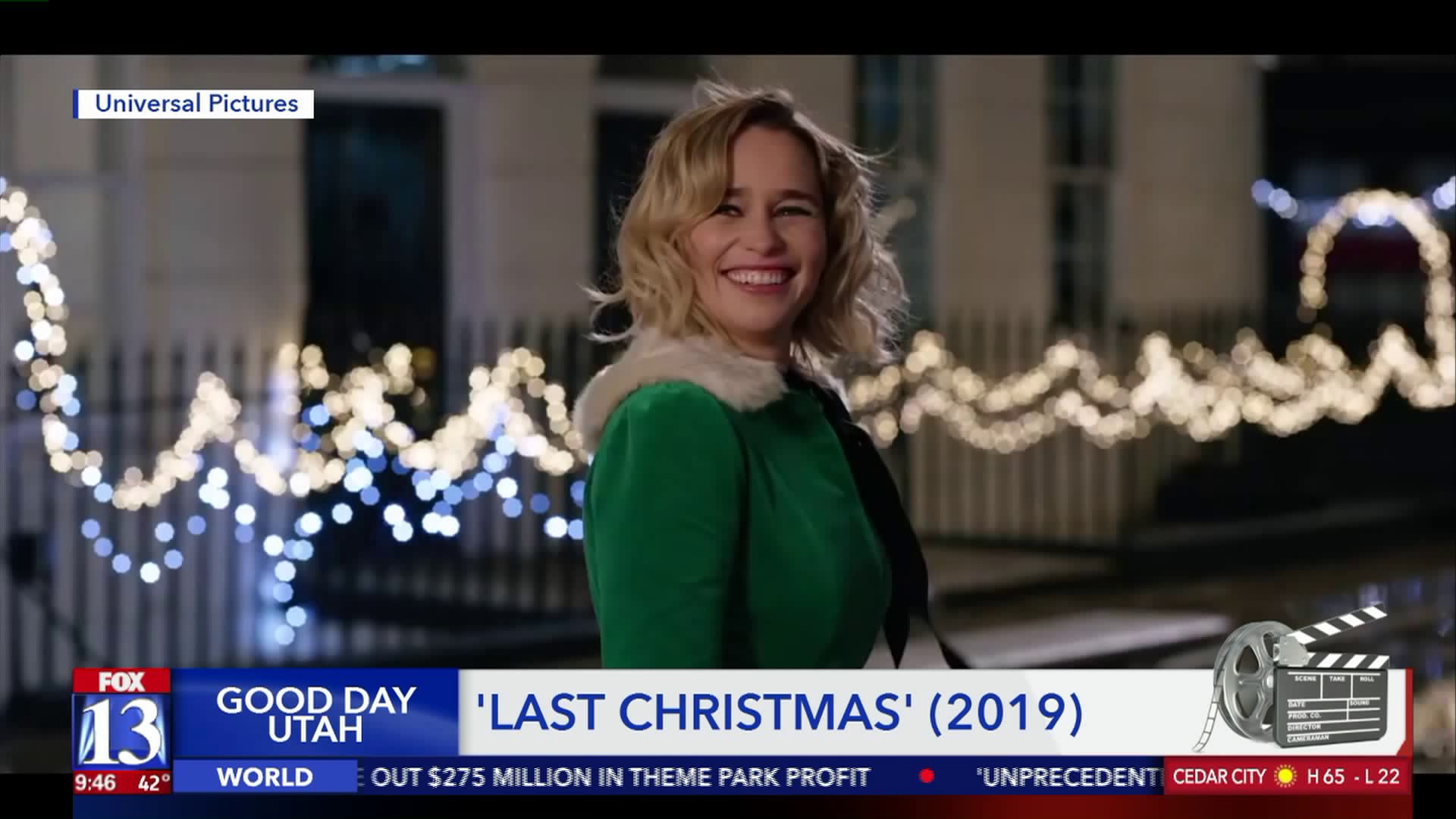 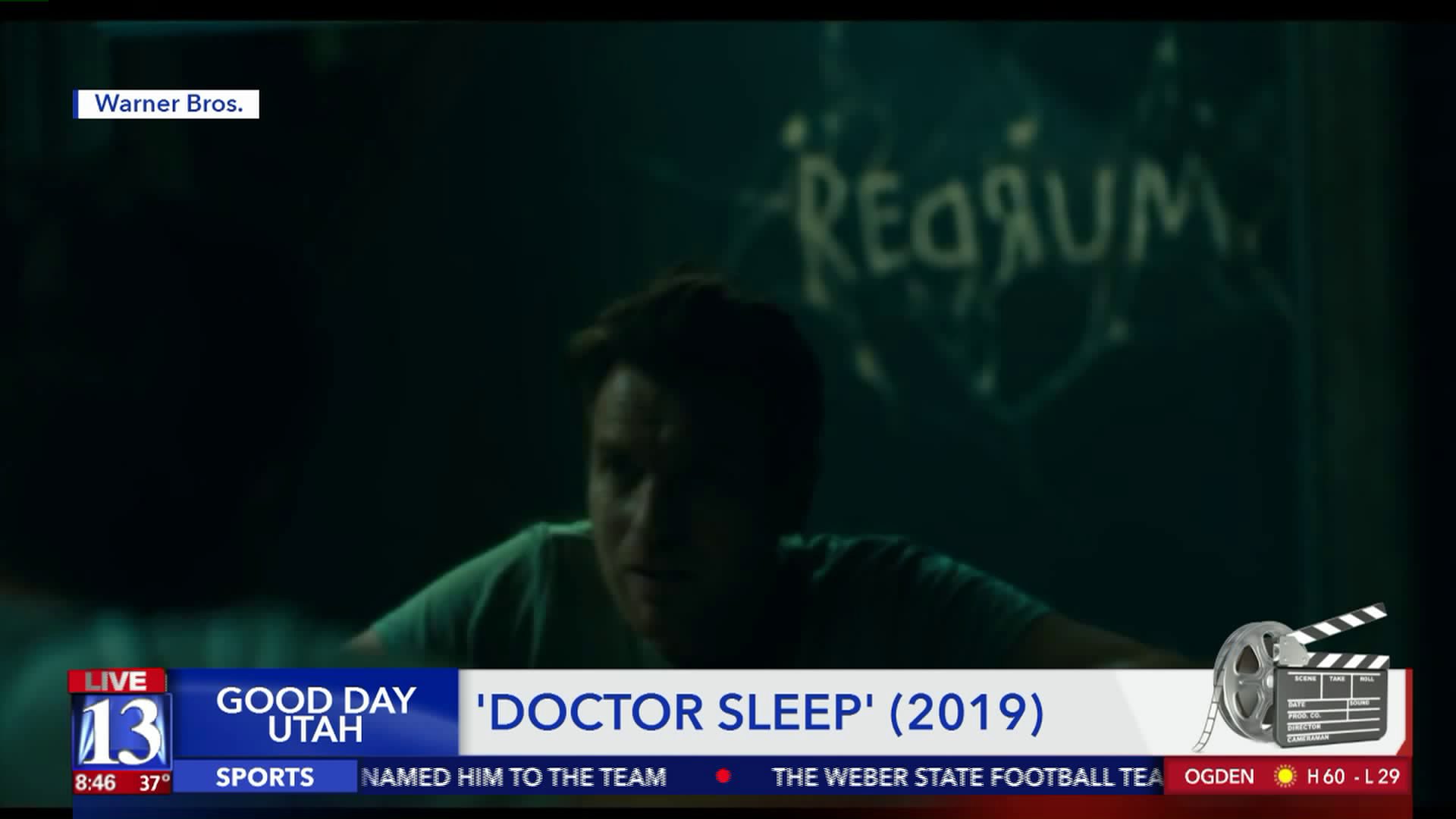 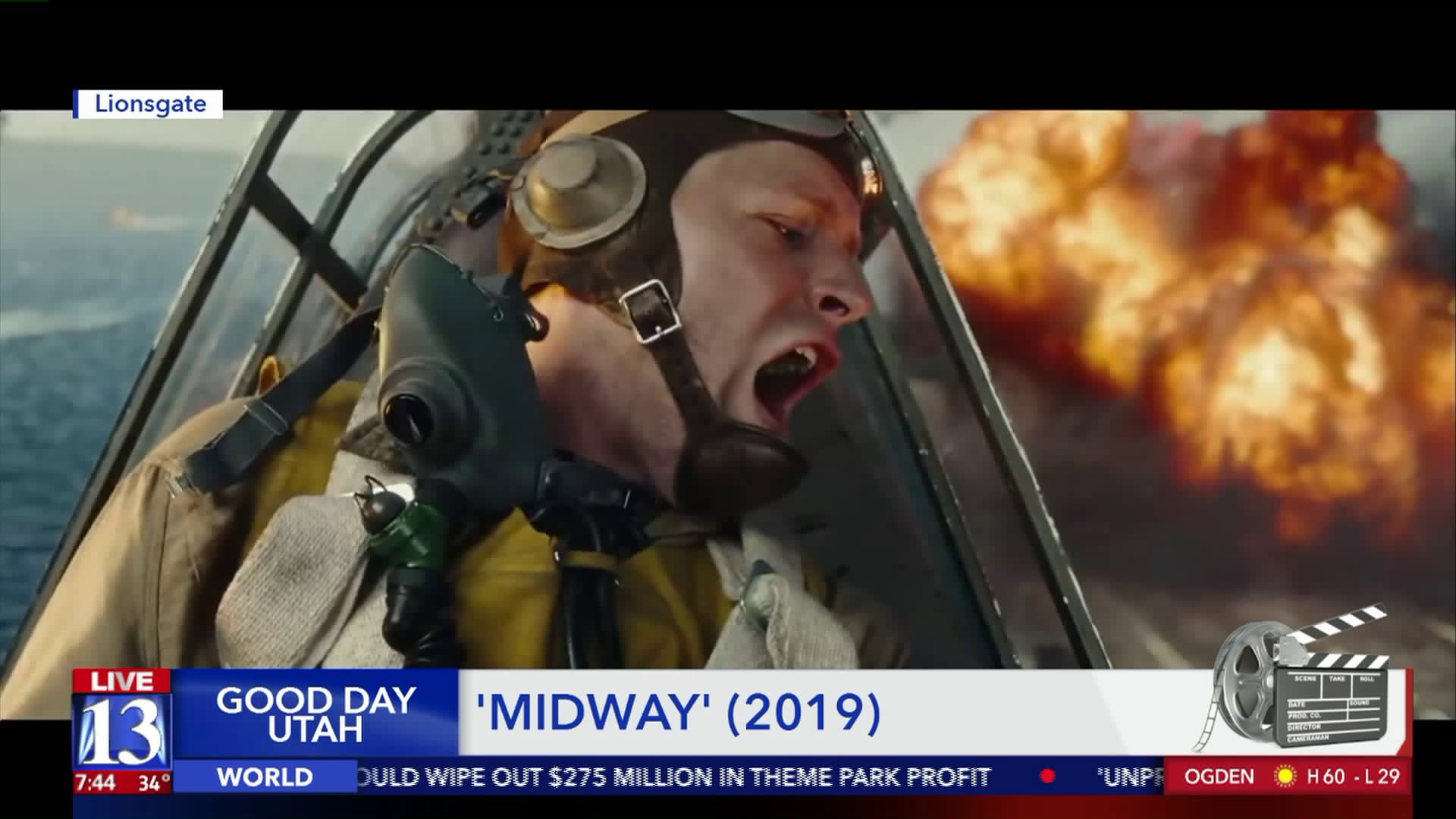 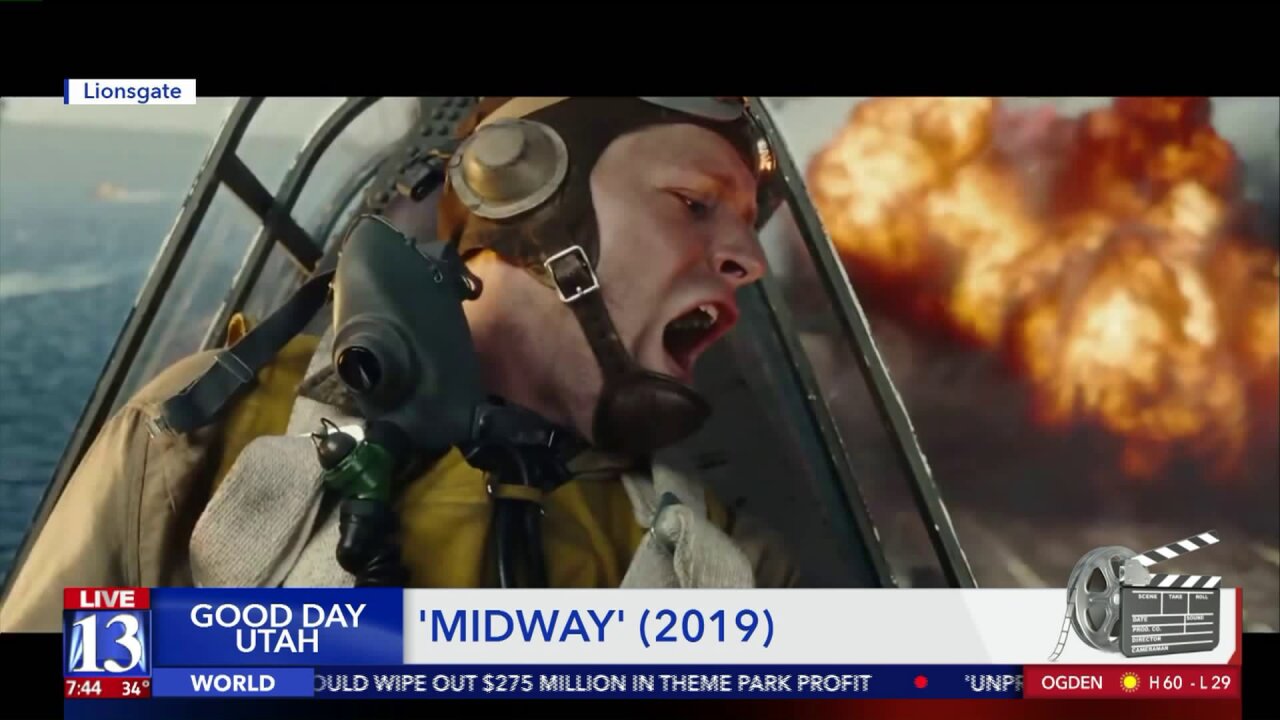 My father and I probably watched "Midway" 1976 a dozen times, and even with the nationalism and fictional characters, it was a rousing film.

Now comes a "Midway" complete with all the CGI battle sequences you've come to expect in 2019, and from director Roland Emmerich, best known for such shallow blow-em-ups as "Independence Day," "The Day After Tomorrow" and "2012." He certainly delivers in those areas, especially right out of the gate with a riveting depiction of the Pearl Harbor attack. But this sequence also highlights a key issue with the movie: there's not a whole lot of Midway in "Midway." Much screen time is spent on the run-up to the titular battle, with only some of it feeling necessary (like Pearl Harbor), while other inclusions seemed incomplete at best (such as Aaron Eckhart's "Jimmy Doolittle" and his involvement with first retaliatory air raid on the Japanese). The effects involved in all these skirmishes make for intense action sequences, but everything else just sinks to the bottom.

Ed Skrein as cocky pilot Richard "Dick" Best is uninspiring; Skrein was perfect as "Ajax" in "Deadpool" but his Best is unlikable for a leading man, even when he has his obligatory "Rocky Moment" with onscreen wife "Ann Best," perfunctorily played by Mandy Moore.

A better character we can get behind far more easily is Patrick Wilson's "Edwin Layton," but much of his important scenes happen off-camera: Layton defiantly announces to Woody Harrelson's "Chester Nimitz" that the target is Midway... for no reason we've witnessed, even after taking the time to introduce the code breakers. These less-flamboyant heroes truly won the war, but you'd barely know it watching "Midway" I guess because there are no explosions in their offices.

Then come the clearly invented details in a very true story, dropped in for some kind of

their dramatic flair or supposed resolution. We don't really know what happened to Nick Jonas' crazy-brave "Bruno Gaido" (other than being saddled with a ridiculous moustache), so he's given a heroic sendoff befitting his character... but it's a noticeable dose of pure fiction in a movie that boldly advertisings being a "true account" even before the titles roll. A seasoned scriptwriter might have done it differently, but many of the issues with "Midway" 2019 can be laid at the feet of a director more concerned with explosions than anything else; and on Wes Tooke, a producer writing his first feature film.

Ultimately, the filmmakers seemed to lean on the fact that patriotism sells, relying on the good graces of an audience eager for some good news and a return to America's heyday instead of making an accurate and passionate account of a legitimately exhilarating historical event.

“Midway” 2019 is rated PG-13 for sequences of war violence and related images, language and smoking, with a run time of 2 hours and 18 minutes.

And now a long-awaited and possibly un-asked for sequel to “The Shining” from 1980, one that apparently hews more closely to its source material, a novel of the same name by Stephen King. “Doctor Sleep” is a solid continuance of young Danny Torrance, the story of other who similarly “shine,” the Overlook Hotel itself, and of the evil we visit upon each other.

Using some clever casting (with Alex Essoe stepping in and reviving the role of “Wendy Torrance” originally played by Shelley Duvall) we see a young Danny (Roger Dale Floyd) dealing with the aftermath of the events from “The Shining,” and all is not well.

Which is a good thing for the movie. “Doctor Sleep” certainly has its scares and creepy moments but it's also a drama, accurately depicting a lifelong struggle with addiction. The manifestations from The Overlook Hotel are not finished with young Danny, and they follow him around; attracted to and feeding from his “shine.” In another revived role, Carl Lumbly plays ghostly chef “Dick Hallorann” (originally Scatman Crothers in 1980) who counsels and comforts Danny when he’s visited by ghastly images.

But Dan (Ewan McGregor) eventually comforts himself at the bottom of bottle; numbing his otherworldly perceptions and ruining any chance of a decent life with booze. But it’s something that makes perfect sense considering what he’s witnessed in his young life, and directly in line with the weakness of his father Jack Torrance (notoriously played by Jack Nicholson in the 1980 installment). It’s treated with honesty and care, giving unexpected depth to what might only be viewed as a horror film.

But as we learned in “The Shining” Danny is not the only one who shines; in “Doctor Sleep” we learn not that not all of his fellow shiners are as benevolent as Hallorann.

Devilishly portrayed by Rebecca Ferguson, “Rose” and leads a band of very human ghastly people who use their abilities to track down other who similarly shine, and kill them to release and feed off the deceased’s ”steam,” or life-essence. Indeed, “Doctor Sleep” earns its R-rating with one of the more brutal and disturbing murder scenes in recent memory.

It’s this murder that reaches the extra-perceptions of “Abra” (Kyliegh Curran), another young person with the Shine. She and Dan team up to track down these paranormal pirates before they come hunting for them, and when not focusing on its more supernatural roots, “Doctor Sleep” is also part crime thriller.

But when it finally fully returns to the Overlook Hotel are when the creepy things both find their footing and its failings: with some of the homages to "The Shining" being welcome, with others being gratuitous. It also reveals some of the tastes of modern horror when recreating scenes from “The Shining,” but being unable to let them breathe as much as original director Stanley Kubrick ever did and cuing everything with a music bd or sound effect. It all threatens to jump the shark with a sort of supernatural shining showdown, but overall it toes that line without trampling all over it and delivers a decent resolution to a classic horror film.

“Doctor Sleep” is rated R for disturbing and violent content, some bloody images, language, nudity and drug use, with a run time of 2 hours and 31 minutes.

Finally, a romantic holiday film called “Last Christmas” starring Emilia Clarke from “Game of Thrones” as “Kate,” a talented but unreliable young woman, and “Crazy Rich Asian” Henry Golding as “Tom” a helpful stranger who meets Kate while she’s struggling to hold down her job as a n Elf in a perennially festive holiday store owned by Michelle Yeoh.

The impressive cast doesn’t end there, with the supporting cast is a "Who's Who" of beloved British actors and comedians in blink-and-you'll-miss-them roles. But you won’t miss Emma Thompson, saddled with a noticeable accent as “Petra” and producer and credited with the story idea, directly inspired by George Michael's "Last Christmas" song. Not to knock the tune, but I don't think its lyrics are much of a script, which probably explains why “Last Christmas” is a padded mashup of typical rom-com beats, somber commentary on bigotry and Brexit, and supernatural holiday silliness. But it has trouble committing to any one of these aspects -- it's too light to be a serious discussion of its heavier themes but too morose to be a lighthearted holiday romp.

And although some of the dialog is clever, it’s been pushed into the PG-13 range with some unnecessary language when going for some easy laughs. It also has a twist that won’t surprise anyone who takes a rather literal interpretation of those aforementioned lyrics.

“Last Christmas” is rated PG-13 for language and sexual content, and has a run time of 1 hour and 42 minutes.

Next week the movie season kicks into high gear with Oscar bait “The Report,” Helen Mirren and Ian McKellen in “The Good Liar,” Matt Damon and Christian Bale facing off in “Ford v Ferrari,” and Elizabeth Banks rebooting “Charlie's Angels.”

See you next week!