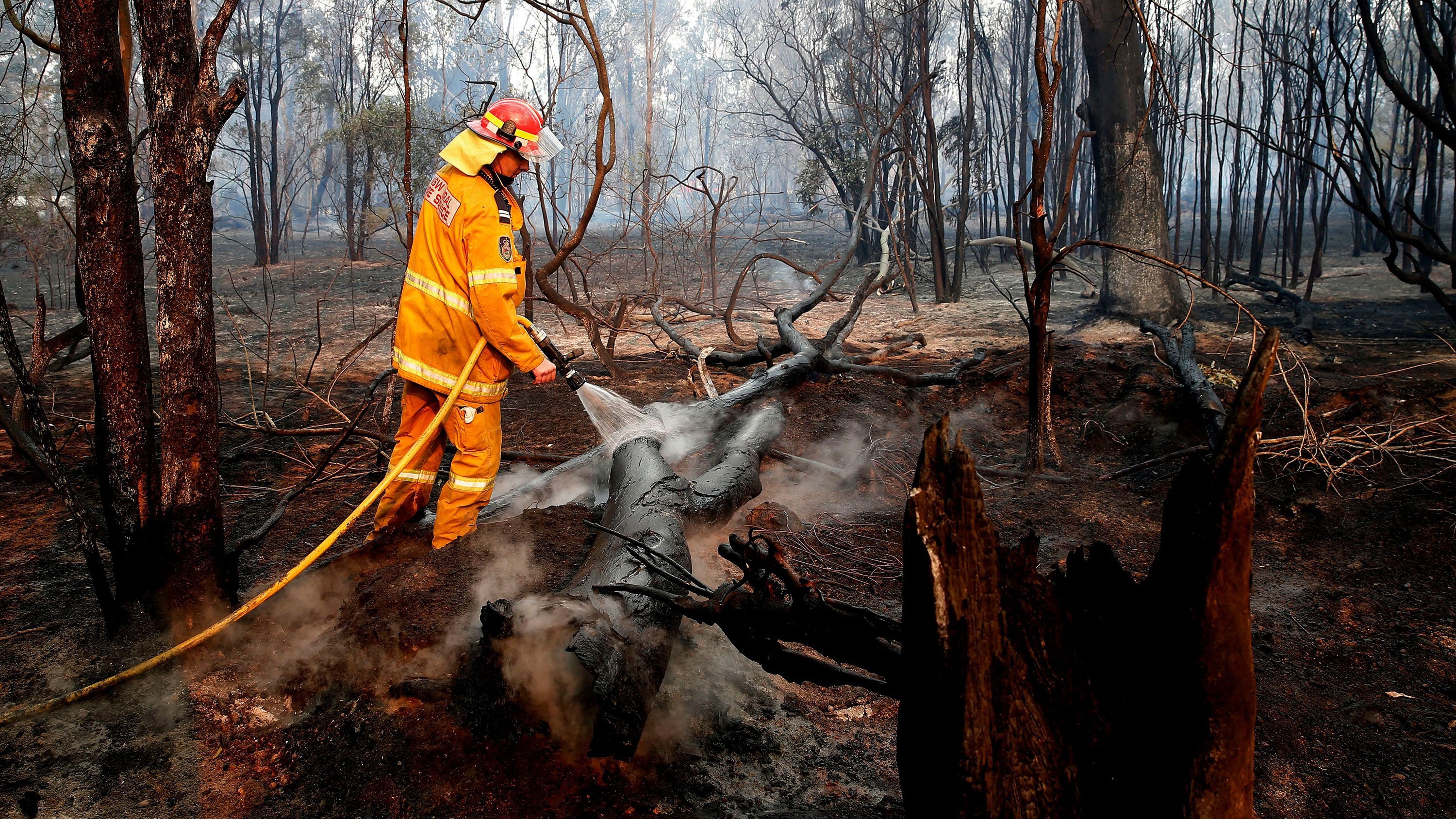 Fire officials are warning of “catastrophic fire danger” as firefighters battle dozens of blazes raging across the Australian state of New South Wales.

There were 64 fires burning as of early Monday, the New South Wales Rural Fire Service said in a tweet, with 40 yet to be contained. At least three people were confirmed dead in the blazes Saturday, said NSW Rural Fire Service commissioner Shane Fitzsimmons, and another seven were missing.

At that time, preliminary reports suggested more than 100 homes had been lost, Fitzsimmons said.

Three firefighters on the north coast were injured Sunday when a tree fell across their vehicle, Fire and Rescue NSW Commissioner Paul Baxter said in a statement. At least two of the firefighters were taken to the hospital in stable condition.

Residents are advised to avoid areas that might be prone to fires, or identify safe locations if they’re unable to leave.

A total fire ban was instituted statewide and will stretch into Monday and Tuesday, the fire service said.

But NSW residents haven’t been the only ones impacted. According to Sue Ashton, president of the Koala Hospital Port Macquarie, an estimated 350 koalas are feared dead in the bushfires.

“Where we thought we had koalas, we now think they’ve been incinerated,” Sue Ashton, president of the koala hospital, told CNN affiliate Nine News Australia on Friday. “The fire is so intense that what’s happening is the fire goes through and the little koalas and other wildlife are just burned to pieces and become ash. So it’s absolutely horrific.”

The hospital is treating at least 12 koalas, five of whom have serious injuries, Ashton said.

An estimated 500 to 600 koalas live on the Lake Innes Nature Reserve in New South Wales, Ashton said, and two-thirds of the habitat has already burned.

The koala population of New South Wales dropped below 20,000 because of excessive tree-clearing, the World Wildlife Fund said in March. Koalas in the area are on track to be extinct as soon as early 2050, it said.