A desperate search is underway for a disabled veteran`s missing service dog.

“Arie” hasn’t been seen for nearly three weeks and now her owner is going door-to-door to find the Old English bulldog.

For Colton Clausing, 2-year-old Arie is more than a dog.

“I never realized how much she made an impact and how much you actually care for something until you don’t have it or see it anymore,” Clausing said.

The service animal is trained to wake Clausing up from night terrors related to PTSD.

He has lost nearly 20 pounds since Arie got out of the yard with his brother’s dog Mokie.

“They ended up crawling out underneath the fence because it’s so loose right here,” Clausing said in his back yard in Kearns.

Unfortunately, a car hit and killed Mokie the next day. Still, no sign of Arie.

“We’ve followed every lead that someone has called on but we just can’t seem to find her,” Clausing’s mother Amy Zacher said while handing out missing flyers to the neighborhood.

Clausing got the Old English bulldog after his discharge from the Navy where he served for seven years. Besides suffering PTSD, he’s physically disabled from his military service.

Despite the odds, Clausing refuses to give up on Arie.

“We thought this would be our best bet just to go door to door and maybe someone would just say, ‘yeah, we saw her,’ Clausing said. 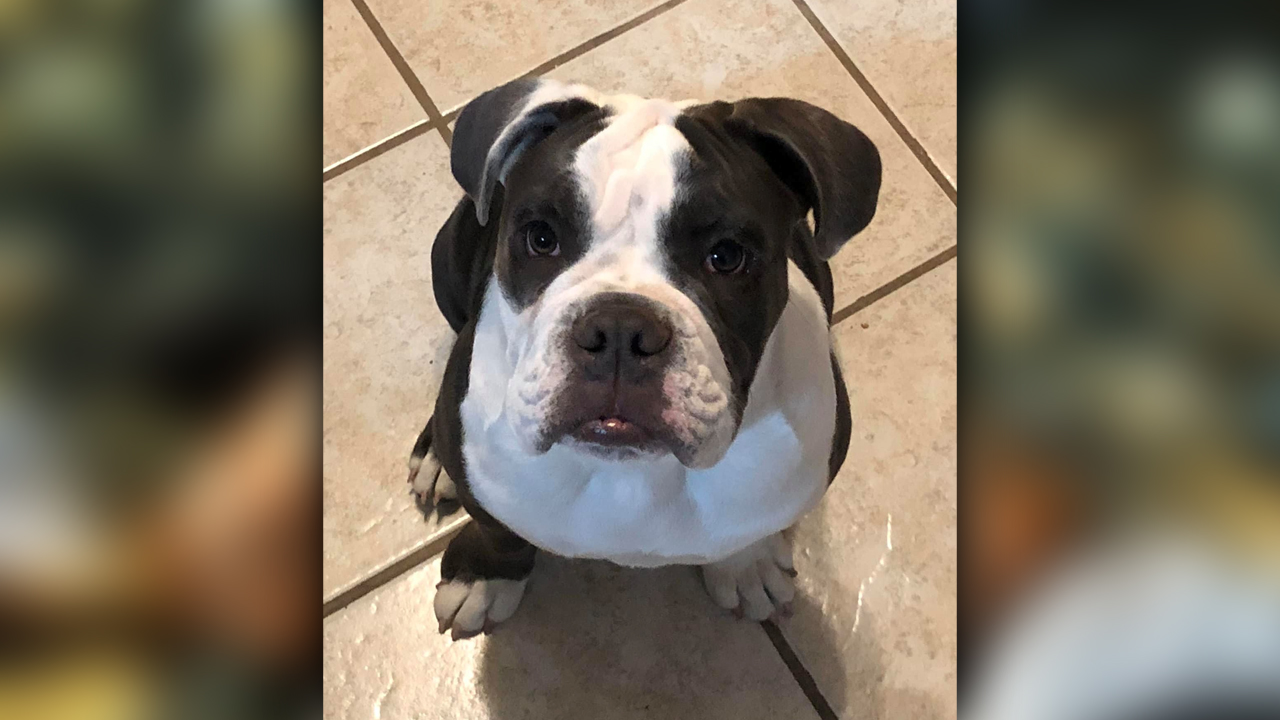