Wet weather contributes to dozens of slideoffs and crashes across Utah 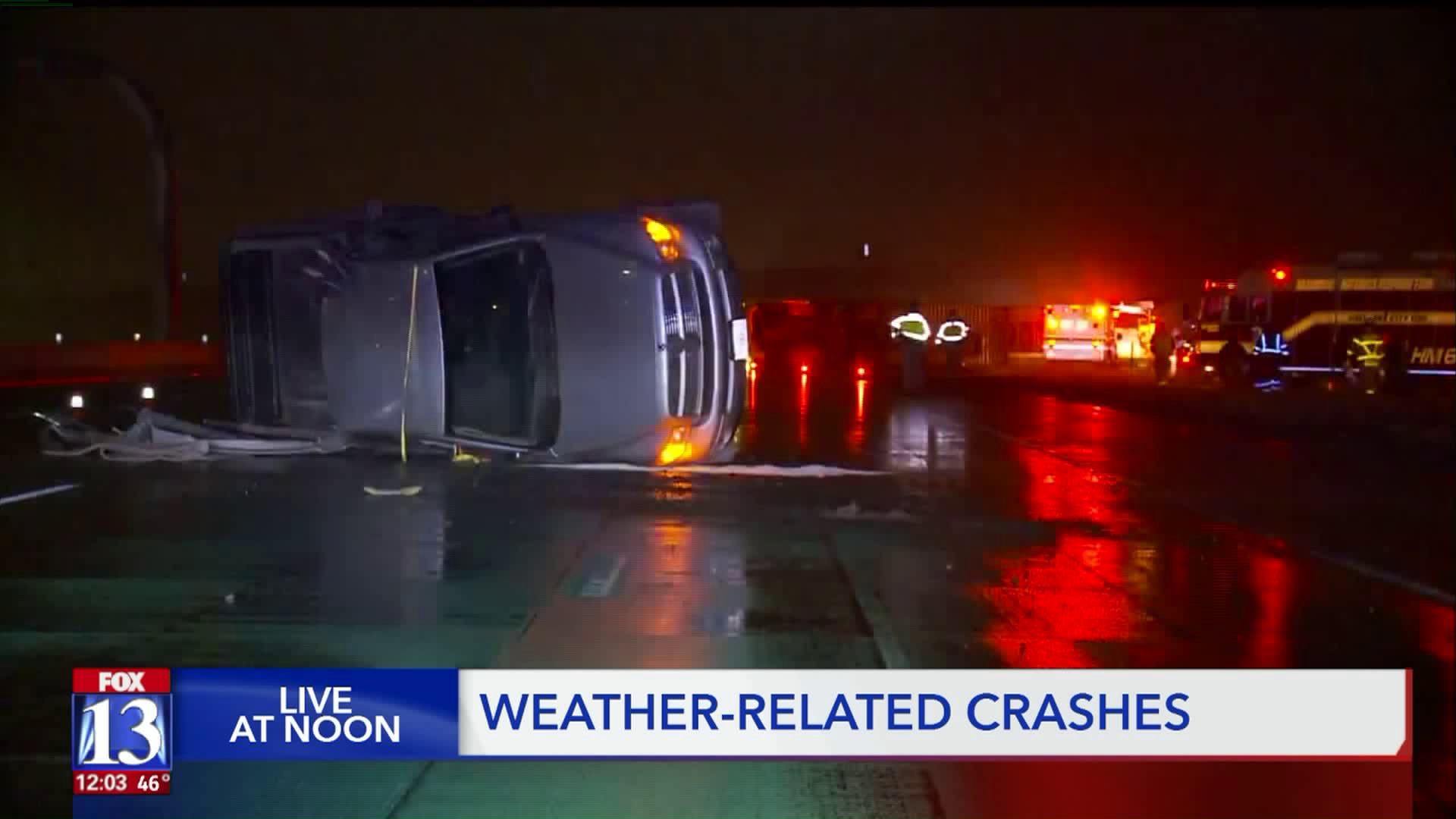 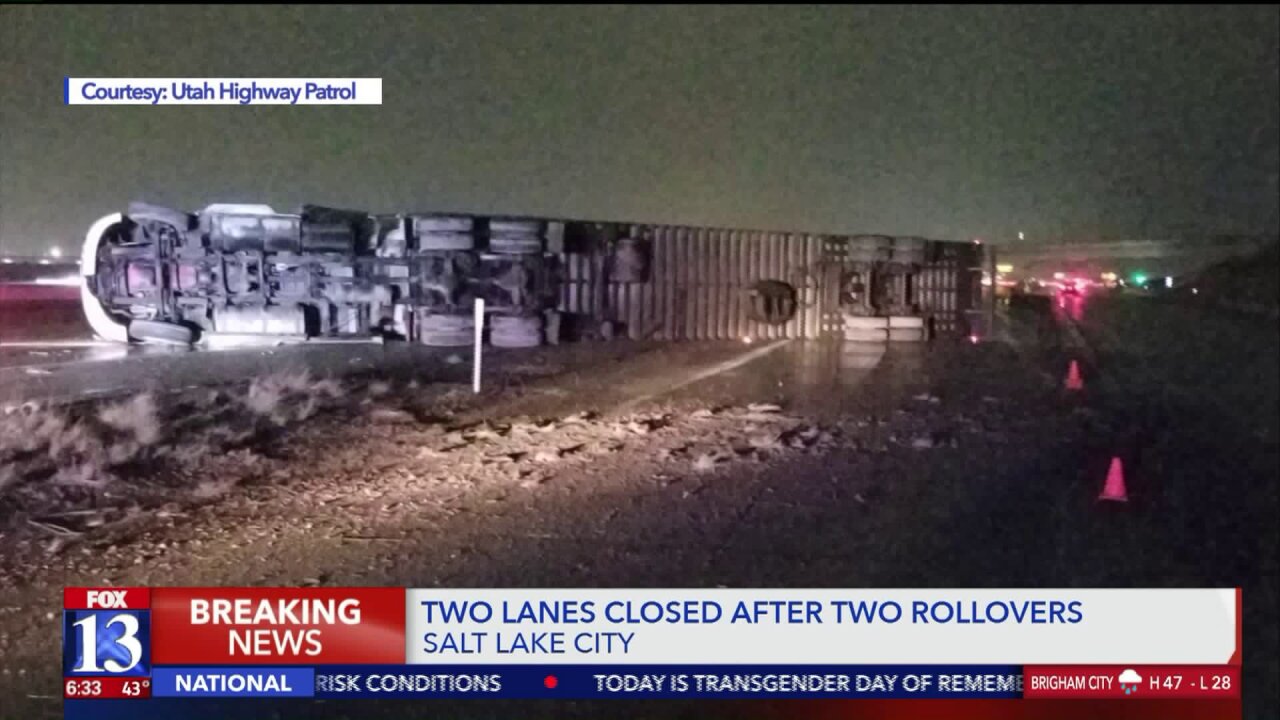 "We see a lot of people, also, that overcorrect, and they start to panic when they start seeing their vehicle just slide off a little bit. So, stay off the brakes, you know, just gently try to steer your vehicle back into the lane and just don't panic, don't overcorrect because that's when crashes happen," said Sgt. David Moreno, Utah Highway Patrol.

At least four crashes involved semitrailer trucks, one of which closed two lanes of westbound I-80 for several hours.

The crash occurred shortly after 4 a.m. and slowed traffic on I-80 as well as on the ramp from I-215 to the frontage road leading to the airport for several hours.

Utah Highway Patrol troopers at the scene said a pickup truck coming off of I-215 onto the frontage road crossed the median and rolled on its side, ending up on westbound I-80.

The driver of a semi traveling westbound tried to avoid hitting the truck, causing the semi to roll and come to rest on its side.

Troopers believe speed and the wet conditions played a role in the crash, and they warn drivers to take it easy when the weather turns.

"With rain, it poses different conditions in the roadway," said Sgt. Jeff Washburn of UHP. "You need to take your time. The roads do get slick here. Your car can hydroplane if it doesn't have the best tires. It will handle differently on the wet roads."

The crash is one of four involving semis in Utah. UHP said two occurred in southern Utah on I-15 and the fourth was on I-80 in Summit County. The agency reminded commercial drivers to be aware of changing conditions.

Commercial vehicle operators, please be mindful of today's conditions and operate your vehicle accordingly. We've seen four semi rollovers so far today, 1 in SLC on I-80, 2 on I-15 in So. Utah and one just now in Summit Co on I-80.

Heavy snow and rain are expected in Utah through Thursday, particularly in southern Utah. St. George may see 1 to 2 inches of rain, their first rainfall in months.

No serious injuries were reported in connection with the crash.