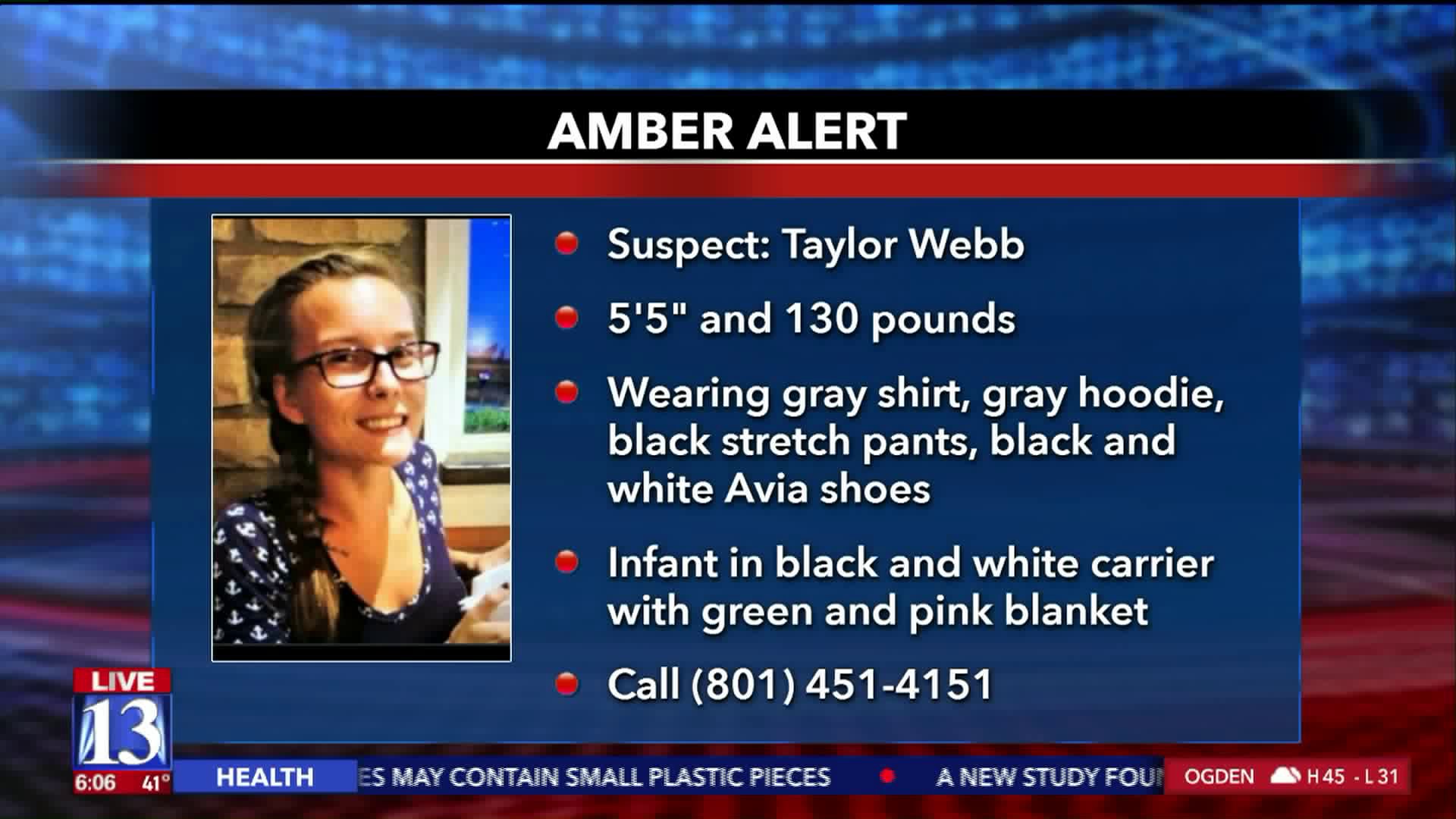 Audrey Westfall, age 3 weeks, was taken from her grandmother`s home in Clinton Wednesday afternoon. The suspect is 25-year-old Taylor Webb, who is Audrey`s biological mother. 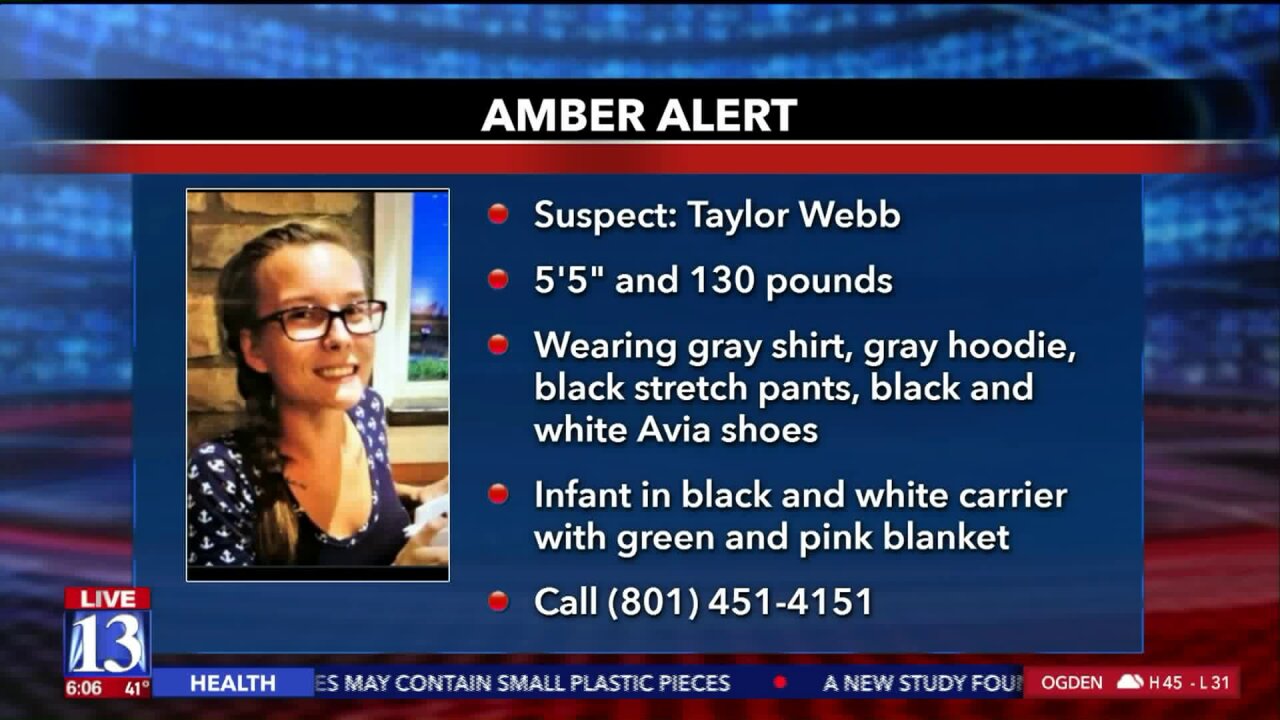 The victim is Audrey Westfall, born October 27 of 2019. She weighs 10 pounds, has brown hair and blue eyes.

They may be heading to Modesto, California, Nevada  State or another place in Utah. Their means of transportation is unknown.

Webb has long, dark hair, possibly in a bun, and she wears glasses.   Webb has tattoos on her collarbone area,   showing the words "Inhale the Positive" on the right collarbone and "Exhale the Negative" on the left. She may be wearing a gray zip-up jacket, black yoga pants and black and white Aviva shoes.

According to Clinton  Police, Webb took   Audrey from her grandmother's Clinton home.   Webb is Audrey's biological mother, but she doesn't have custody of the infant girl.   Audrey was taken from the home before 5:12 p.m., according to police.

Lt. Shawn Stoker of Clinton PD said Webb has a known relationship with someone in Modesto, California, which leads police to believe she is heading there.

"[Webb] is from that area. There are family members and also a relationship there that would lead us to believe she's on the way there. We did have a ping on a cellphone that was consistent with that direction of travel as well," Stoker said.