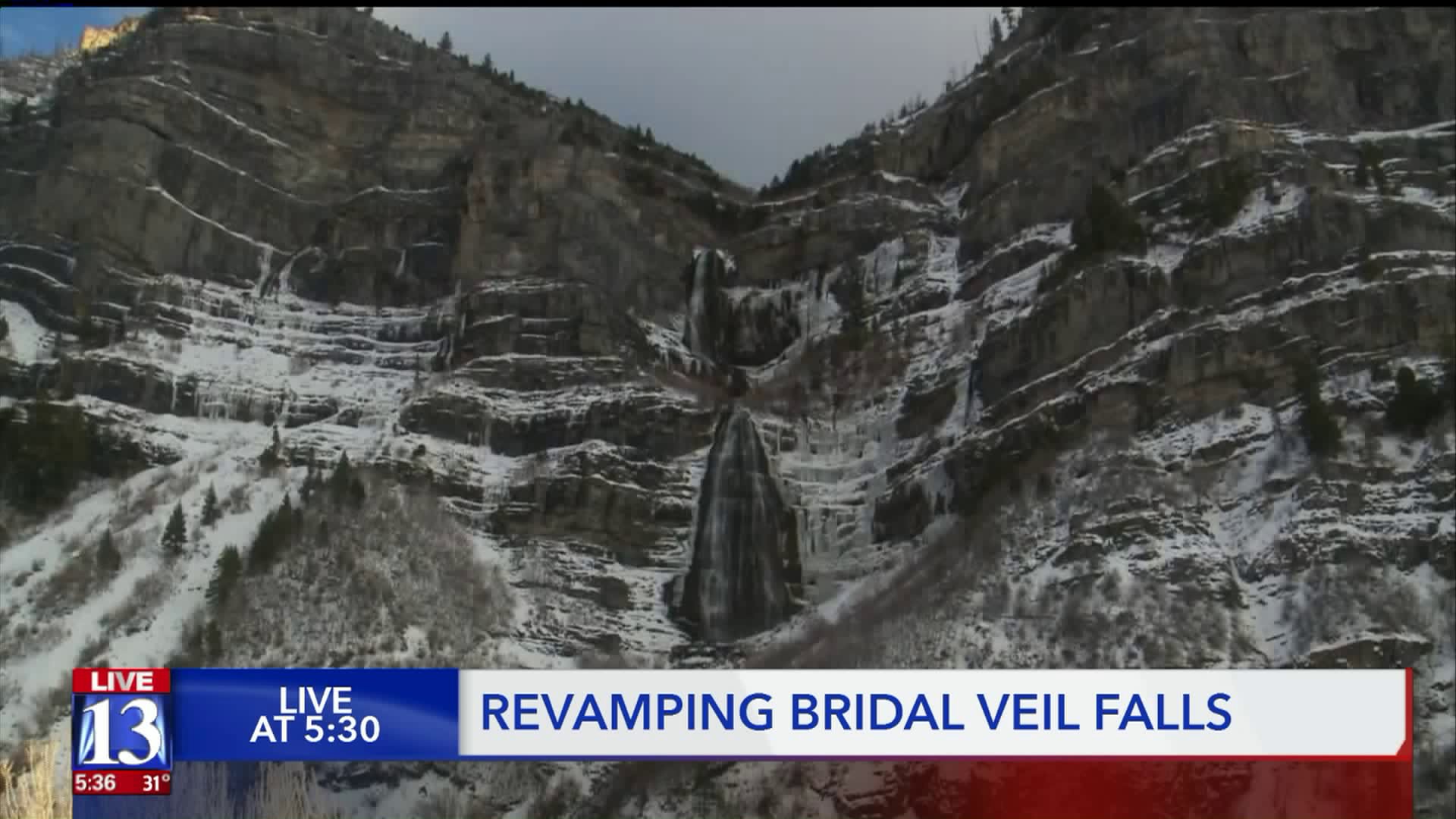 Utah County has huge plans to fix up one of its biggest landmarks. Last week, the Utah County Commission gave the green light on a conceptual plan for Bridal Veil Falls aimed at making the area safer and more convenient for visitors. 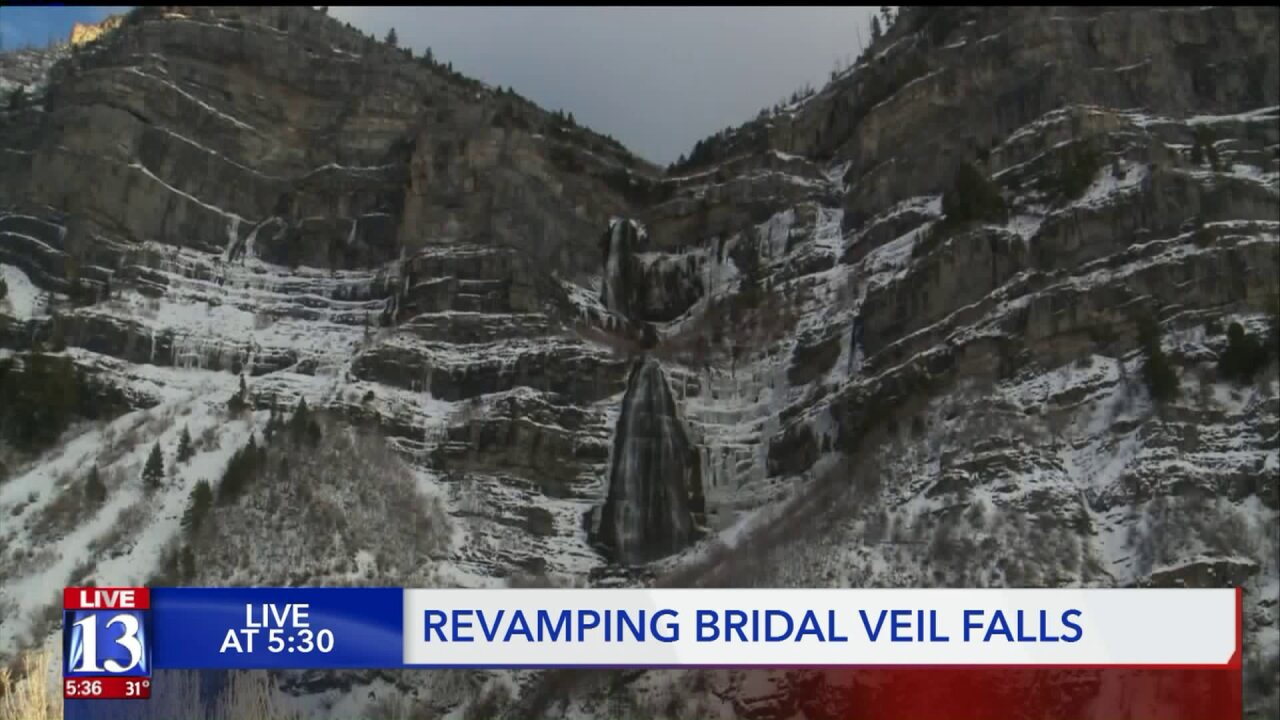 UTAH COUNTY — Utah County has huge plans to fix up one of its biggest landmarks. Last week, the Utah County Commission gave the green light on a conceptual plan for Bridal Veil Falls aimed at making the area safer and more convenient for visitors.

Right now, the falls are a quiet area of snowy solace. On Monday afternoon, only a few people stopped at the closed upper viewing area off of the highway to take some quick pictures.

"It's mostly just the mountain and the canyon that really draws me here," Sasha Eggli said, as she snapped photos on her camera.

Multiply her sentiments by hundreds of thousands of people who visit over the course of the year.

For being such a well-trafficked spot, the county commission admits amenities can be a little lacking.

"Some parts of it that are just not... family friendly for those who go up in that area," said Utah County Commission Chair Bill Lee.

The county's been looking at revamping the park ever since they purchased it nearly a half-decade ago.

Now, they're ready to take the next step in transforming talk into reality, and have set aside $900,000 for the project.

Commissioners approved a conceptual plan that calls for separate bike and walking paths to the falls. Right now, walkers and bikers share the same trail. Lee explained it's hard during the summer congestion for both to be on the trail at the same time.

Instead, bicyclists will be re-routed on a brand new path across the Provo River, on the other side of the current parking lot.

They plan to install other new concrete walkways around the falls and parking lot.

According to the design, the county will build a staircase and viewing deck connecting the upper viewing lot and lower parking area in front of the falls. Currently, visitors parking in the upper lot have no way to access the lower area or the falls itself without driving around to the lower lot.

"Just kind of open that area up and make it a beautiful area with the restrooms -- that's needed and necessary," Lee said. "It should be a great facility."

Lee pointed out the plan, in its current state, doesn't include specific improvements to safety.

"We've had some tragic things happen," he said.

People have died climbing the cliffs around the falls, and in the fast-moving waters of the Provo River.

Lee wants to see signs installed warning against climbing off-trail, and railings along the river to keep people from hanging out near the water.

"Let's make sure we have some boulders in the way and some handrails and other things that allow us for more safety up there," he said.

Lee indicated that it's about finding a balance between making sure people are aware of the dangers, without making the park too restrictive or hindering the beauty of the open area.

He mentioned the possibility of benches in memory of those who have died at Bridal Veil Falls.

The conceptual plan is not set in stone. Lee said they will need to finalize the plan, but he hopes to start construction next summer.

Bridal Veil Falls is a gem, he said, and it's time they make into a nice, beautiful spot.